What Does Allyship Mean?

Research has shown more inclusive companies have a 2.3x higher cash flow per employee, and are 1.7 times more likely to be innovation leaders in their industry. 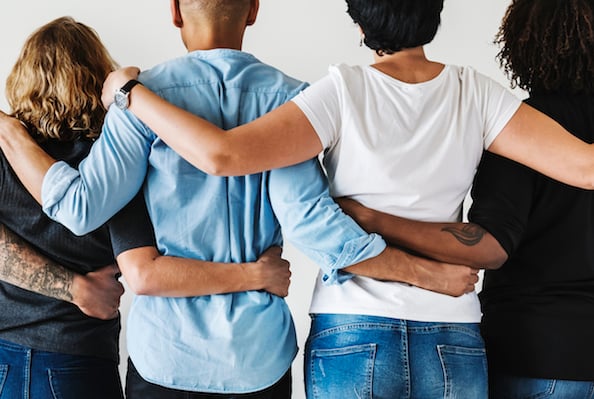 Increasing sales, while driving innovation -- who doesn't want that?

Undoubtedly, inclusion is critical for your company's success and long-term growth. But inclusion can't happen without allyship -- and yet, many of us still aren't sure what "allyship" means.

I have a sticker on my laptop that reads, "Ally is a verb". I got it recently at an Allyship panel hosted here at HubSpot. It's a daily reminder for me that being an ally is continuous action -- not just a label.

To ensure a workplace culture in which employees feel included and valued, it's critical you learn what allyship means, and how you can become an ally.

Allyship is the lifelong process in which people with privilege and power work to develop empathy towards another marginalized group's challenges or issues. The goal of allyship is to create a culture in which the marginalized group feels valued, supported, and heard. Being an ally is not a label -- it is a verb.

What Does Allyship Mean?

Allyship is the continuous process in which someone with privilege and power seeks to first learn about the experiences of a marginalized group of people, and then ultimately empathize with their challenges and build relationships with that group of people.

The role of an ally includes:

Ultimately, it's critical you remember being an ally is not a part-time role.

For a complete list of resources on allyship, check out How to Be an Ally: 23 Resources That Can Help.