Why You Might Want to Be More Negative in Your Marketing

Ever wake up on the wrong side of the bed? 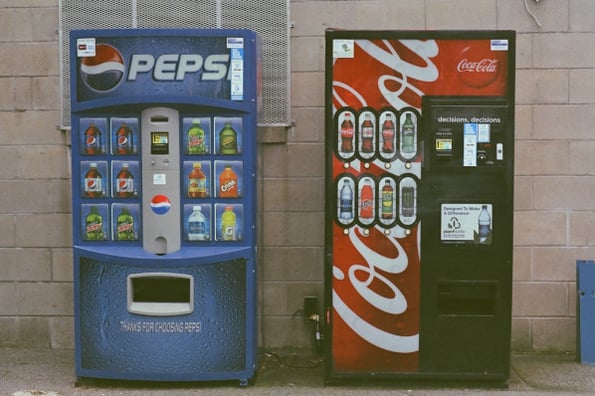 Of course you have. We all have.

Ever wake up on the wrong side of the bed, and then have to be cheery? Like, interact in social media? Write an engaging blog post? Put together a lovable email marketing campaign?

Ugh. Those are the times you wish you could shut out the world, or at least channel a little of your inner snark. Well, the good news is you can do that once in a while, and your marketing results may even thank you for it! Sometimes, it's good to embrace a little bit of the negative. (Trust me -- this will all make sense in a second.)

So, here we go ... if you ever wake up wanting to shut out the world, here's how you can take it out (positively!) in your marketing.

What is negative marketing?

Negative marketing is a tactic that traditionally taps into negative emotions — such as fear, irritation, anger, or sadness — in order to elicit a response from the consumer, often in favor of what a brand offers or against what a brand opposes or competes with.

Keep in mind, however, that negative marketing shouldn't be deployed simply because you want to be cranky. Instead, it should be implemented strategically with one (or more) of these goals in mind:

If you're successful, the end result causes you to stick in your audience's mind, which gives you the bandwidth to prove your brand as a superior alternative.

How to Be Negative in Your Marketing

So how do you implement this tactic successfully? Here are some opportunities to be "more negative" in your marketing.

Let's start with something a little bit easier to swallow than just being a total grumpy pants: exclusionary personas. Exclusionary personas, sometimes also referred to as negative personas, are kind of like the opposite of buyer personas -- they're the personas of the people you do not want to target in your marketing.

This is about more than just recognizing that not everyone in the world is a potential future customer -- it's about recognizing that your marketing attracts certain types of people who totally clog up your funnel, waste your sales team's time, and will never become customers.

Why won't they ever become a customer? Could be a lot of things -- they don't have the budget, or they're just fans of your content or social media presence. Or maybe they do become customers, but they cost you a ton of money; for instance, they could have a high acquisition cost or a high propensity to churn.

In this case, it behooves you to identify who these folks are so you can ensure you either 1) stop creating content that draws in the wrong people, or 2) let them keep reading and engaging with your content to help you spread your reach, but keep them from getting rotated to sales reps using methods like assigning them a low lead score.

This is the VIP, red-carpet tactic we all know and love (or love to hate). When you tell someone they can't have something or what they want is scarce, it often makes them want it more. You know, the whole "playing hard to get" thing.

This just so happens to be a common sales tactic, but marketers can use it, too. Tell prospects they can have an offer ... but only for a limited time. Or only for the first 10 that respond in social media. Heck, you don't even always have to tell them what it is.

This tactic is particularly popular with savvy ecommerce shops, too -- ModCloth, for instance, frequently sends me emails letting me know that an item I like is so popular, it's almost out of stock. "Oh no! Everyone else is snagging it! I have to get it before I'm left out!"

The moral of the story? Leave people out once in a while. If everyone gets something, it's not as special. And when you go VIP, the ones who do get it feel uber-special. (There... we just turned a negative into a positive. See?)

I don't know what this says about human nature, but there's an undeniable correlation between page views and negativity. Consider some of these titles you might find on a news site like CNN:

These are about clicks. No question about it. We all know the news has gone the negative route for years, and -- for better or worse -- they do it because it is effective at grabbing attention.

Now, you absolutely shouldn't throw out some inflammatory headline just to get clicks -- if you're going to get negative with your titles, you have to back it up with some solid content that actually merits that title of yours. Here are a few examples that worked out extremely well for us:

4. Create a bond over a shared negative experience -- but don't dwell.

Alright, now we're getting warmed up! So you're throwing out some negative titles, but have you considered drawing that negativity into your content? When you draw on a negative situation in your content -- particularly right in the beginning -- it can actually help reader retention and engagement. Some marketers are afraid to stir up negative feelings in their reader, but it can actually create a shared experience and tap into a level of emotion that some may not expect to get while reading marketing content, particularly if you're a B2B marketer.

I mean, that's why I started this post the way I did -- getting up on the wrong side of the bed is an experience everyone I know can relate to. And sometimes, it's easier to form a bond with someone over a shared negative experience than something warm and fuzzy.

But be forewarned -- once you have a bond with the reader based on a shared negative experience, it's crucial to shift the mood to something more positive and solution-oriented. People like to know they're not alone (misery loves company), but most don't like to dwell on the negativity.

Just like we can all bond over a shared negative experience, so too can we bond over a common enemy. Casting a villain has been a common marketing tactic for years, and I'm not just talking about the Hamburglar. Villains can take more subtle forms, playing on common tropes -- the jerk boss, the slob roommate, bureaucratic drone.

These take common experiences and personify them in order to elicit a feeling in the consumer, and help tell the story you're trying to tell. A great example of this is Genesis's "Going Away Party" commercial where they use the "stuffy" party trope and the "villains" within it to demonstrate that luxury doesn't have to be stuffy.

6. Take a stand for something you believe in, even if it's controversial.

Controversial marketing can also do a few other things for your marketing:

That last one is what I want you to pay the most attention to. When you take a staunch position on a polarizing issue, you will have people who like you less for it. You will also generate some seriously ardent supporters. If you're going to play the controversy game, be prepared to deal with both, because while some results could be really exciting for your brand, some backlash will inevitably come with it.

7. Use data to build a case study around why something stinks.

Let's start off with an example: [New Research] It’s Official — Lots of Salespeople Hate Their CRM. It gets props off the bat for its grabby negative headline, but it's also full of interesting statistics like this one:

50% of sales leaders say that their CRM is difficult to use, and 18% say this has caused them to lose opportunities or revenue.

You build a case around why one thing stinks (traditional CRMs) so you can show why something else is awesome (the new HubSpot Sales Hub Enterprise).

This can be made even more compelling if you have two data points that demonstrate a stark contrast; the juxtaposition of positive and negative paints a pretty dramatic picture in readers' minds, and the succinct data points make it easy to quickly demonstrate the bad versus the good.

8. Poke some fun at your competitors.

This is perhaps what most people think of when negative marketing is discussed, but it's rarely executed because of how delicate the situation can be. On one hand, a little healthy competition can be a good thing, especially if you want to position yourself as a better option. However, if done poorly, your audience may actually think less of your brand for "playing dirty" or being too low-brow. In addition, if you leverage false claims, you could be asking for legal trouble.

There are two types of negative marketing with regard to your competitors:

Typically, it's easier for larger brands to engage in negative marketing with their competition because they're already well-known, so the reward can be greater than the risk to highlight value propositions.

Pepsi has a famous "attack" ad in which a child dispenses two Coca-Cola cans from a vending machine and stands on them in order to reach the Pepsi button.

This ad works because it's a light narrative and doesn't engage in serious mud-slinging (it merely highlights a differentiator).

Nonetheless, controversy brewed even in this case as the company was sued for potentially misleading consumers by not acknowledging the difference between corn syrup and high-fructose corn syrup, which demonstrates exactly why this tactic is risky.

If your brand isn't a household name, it may be better to highlight value propositions and differentiators in less risky ways.

For example, some brands engage in competitor criticism without mentioning any names. Doing this ensures you're not giving your competition free airtime while you capitalize on ideas your consumers know to be true. For example, Domino's does this in their "Designed to Be Delivered" ad, which doesn't mention a single competitor (but does imply them):

9. Make fun of yourself.

Another less risky way would be to turn that negativity inward. A little self-deprecation can be fun for others, makes you seem more human, and actually might make you feel better about your slip-ups. After all, we all have them, and it's important to learn how to make light of your mistakes. Speaking of Domino's, one of the best examples of recent self-deprecating advertising is when Domino's admitted their pizza tasted like cardboard and what they're doing about it:

All this being said, it's important to always consider whether your negativity is going to backfire. Are you being an unadulterated jerkface? Is this negativity going to be lost on your audience? Does your buyer persona really hate this kind of stuff?

"If you don't have anything nice to say, don't say anything at all."

Yes, even if they started it.

It's also important to remember that any negativity you draw on needs to be tempered with some positivity.

Finally, I think striving to be inspirational should always be an aspiration for marketers. There's no question that marketers capable of inspiring people see unbelievable success from their efforts. In fact, I think if you're able to inspire people in your marketing, the effects last much longer and are much stronger than any of these negative tactics.

Editor's note: This post was originally published in April 2013 and has been updated for comprehensiveness.

Plan and optimize your marketing content with these free calendar templates.