"Is that guy wearing leggings?"

"We should start a business selling male leggings."

That's all it took. One week later my business partners and I stood freezing in London's Brick Lane Market with 22 pairs of female leggings "branded" with our male leggings brand.

But after eight hours in the cold, we saw zero sales.

Fast forward two years, and sTitch Leggings was being prominently featured on the Daily Mail -- an article from which we're still converting traffic.

So how do you build press for a startup when you have no connections?

I'll walk you through some tips and examples below to help you learn how to get started and earn some recognition for your product or service.

We've all heard people use the word "remarkable" before, but what does it really mean? According to Merriam-Webster, being remarkable means being "unusual or surprising" or "likely to be noticed."

The man who sold his life on eBay is remarkable: 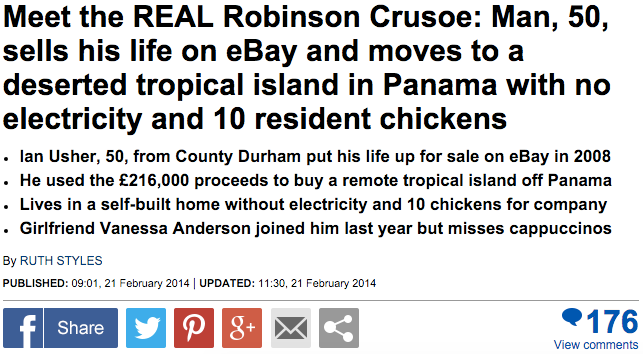 The Ryanair CEO announcing that they will introduce standing seats to charge for toilets is remarkable:

"But what if my startup is inherently unremarkable?"

Great question. And a question that we were forced to ask ourselves in preparation for the upcoming launch of a startup that we are working on.

While preparing for the launch of Virtual Valley, software that connects entrepreneurs with virtual team members such as assistants, we found ourselves struggling to differentiate it from Upwork -- a freelancing platform that operates very similarly.

Considering sources such as TechCrunch are unlikely to cover your startup launch if you don't have some new, exciting technology (or one million dollars in funding), the odds that Virtual Valley would get featured were slim.

Sometimes, being remarkable doesn't mean your product or service has to be truly unique. You can leverage remarkability to receive press by doing something remarkable.

This could mean experimenting with a bold design on your website, developing a witty personality for your brand on Twitter, taking risks with your website copy, etc. These "outside-of-the-box" efforts might be received really well ... or they might not. Either way, you're getting people talking about your product or service.

So what approach did I take to help Virtual Valley stand out? Well, that takes us to our next tip.

Trends emerge is every industry that can help propel your search for free press without connections. Trouble is, you have to jump on them at the right time.

Fortunately for us, men wearing leggings had actually been covered by a number of popular sites -- The Telegraph, Fashionista, etc. -- prior to the launch of our company.

When it came time to pitch journalists, we could reinforce the fact that "men wearing leggings" was newsworthy, as the topic had already been covered by other reputable sources.

So when deciding on an angle to pitch the press for our new startup Virtual Valley, we spent some time reviewing popular blogs in the startup world to spot any current trends.

One of which that really stood out was transparency:

During this time, we were also defining our company goals for the next two years, one of which being a seven-figure exit.

Would announcing this to the press be remarkable and connected to a recent trend? Would this story have a better chance of being published in TechCrunch than just writing a dull press release on the features of our product?

When approaching anyone that has something you want -- in this case, a potential audience -- you need to understand their perspective and incentives. This will help increase your chances of them actually taking the action that you want them to take.

In the two sections above we have already been thinking from the perspective of the reporter. (Reporters are interested in remarkable stories connected to a relevant industry trend, right?) Now, you need to communicate your story in a way that speaks directly to the incentives of the reporter.

Here's an example of an email I sent to The Daily Express, which ultimately lead to the Daily Mail article referenced above:

Why did this approach work?

With all of that in mind, it is not surprising that the reporter took on the story.

A relevant model on human behaviour which supports this theory is the Fogg Behavioural Model: 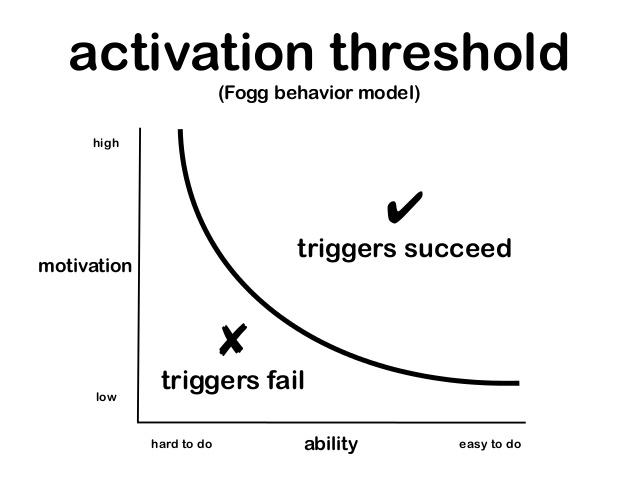 In order to increase the chances of a reporter taking on your story, we must consider the following three factors:

Remember the motivation trigger above?

Well, there are certain journalists that will be more motivated to cover your story than others. This often falls back on their personal interests or responsibility for their media organisation. And these are the people to want to target.

To find them, head to Google, Twitter, and LinkedIn to conduct some research. The key is to become more aware of each and every publication and journalist that covers your niche.

Record every potential publication and reporter in a Google Sheet that includes their average article social share counts and followers on Twitter, as this will help you prioritise.

When your targeted reporter opens your pitch and scans your email you have one chance, as this is probably the 50th pitch he/she has read that day.

This reporter needs to access all the information they require to make a decision ... or they may just move on to the next email.

To increase the reporters ability to make a decision in your favor, consider attaching these assets in an email or creating a dedicated press page on your website.

Regardless of which option you choose, you will need to include the following:

For more on how to put together an effective press page, check out this post. And to help you get started with creating an actual press release, use this template.

What you do not see in the section above is the list of emails to every fashion reporter for national publications in the UK in my sent items that got rejected or no response:

Rather than let it discourage you, set realistic expectations. You might only get one response for every 20 emails you send. That's okay. Keep hustling.

Jim Collins, author of Good to Great, uses a concept called "the Flywheel Effect" to describe the effort it takes to build momentum for something. While the wheel is heavy and difficult to push, once you get it going, it will begin to turn itself.

In terms of press, each feature that you receive will build the likelihood that you will receive more features in the future.

Every press opportunity must be sought out through hustle, and celebrated once achieved. As the more press you receive, the more likely you will be to receive additional press, etc.

Still feeling unsure of how to get started with building free press for your business? Tell me about your product or service in the comments section below and I'll see if I can help.