Google Rolls Out Latest Penguin Algorithm Update, and Other Marketing Stories of the Week 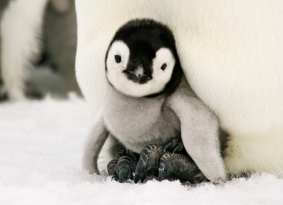 It's been a busy week for companies like Google, Yahoo!, Tumblr, and Twitter, and as a result, some noteworthy changes are coming your way. With new developments like Google's latest Penguin algorithm update, Yahoo!'s acquisition of Tumblr, and Twitter's new Lead Generation Cards, marketers have got a lot to catch up on. But we've got you covered. Here's what you need to know about all the important news in marketing this week.

The latest release of Google’s Penguin Update is now live. Penguin 4 was released this week, sporting the all-new Penguin 2.0 technology, which Google says is the next step in spam-fighting technology. Google’s Matt Cutts announced that webmasters and SEOs should expect a major change to search results, and this new release of Penguin is estimated to impact roughly 2.3% of English queries conducted through Google's search engine, making it the most major change in Google’s Penguin algorithm since Penguin 1.

As Cutts mentioned, marketers should see a noticeable impact on search results as a result of the Penguin update. Changes include an “authority boost” that gives authoritative websites in specific industries, communities, or fields a lift in search rankings. Penguin 4 also includes more sophisticated link analysis software that better understands website links. Lastly, Google will show some leniency toward websites impacted by the previous Panda update that sent many borderline site cases down in the rankings. These are just a few of the many changes to come with Penguin 4. Read more at Search Engine Land.

Yahoo! Buys Tumblr for $1.1 Billion, Promises “Not to Screw It Up,” From Marketing Land

Things like Yahoo!’s recent acquisition of Tumblr make me wish I had a cool billion dollars to throw around. Unfortunately, that's probably not in my foreseeable future. In any event, this week, Yahoo! CEO Marissa Mayer made quite the attempt to make Yahoo! cool again, acquiring Tumblr for $1.1 billion. This new purchase will bring the social network and its 300 million monthly users under Yahoo!. With an average of 120,000 new users per day, Tumblr is expected to increase Yahoo!’s total audience by about 50% to more than a billion monthly users, and boost site traffic by 20%.

Tumblr houses more than 105 million blogs and 50 billion blog posts that will now be incorporated into Yahoo!’s news feeds. This means marketers who have been utilizing Tumblr as a blog will notice that their blogs may see a boost in traffic through the Yahoo! integration. Tumblr will also be pushing for better ad integration and monetization for its users to better engage with audiences. Marketers looking to take advantage of Tumblr’s new advertising opportunities should consider much more creative, compelling, and engaging ads for the younger audience. Read more at Marketing Land.

Infographic and Free Guide -- The Social Part of Social Media: A Love Story

Ever wonder what a real relationship in social media should look like? We’ve created an infographic that illustrates the way brands and fans should truly interact in social media. Not only does the infographic break down the best social interactions, but it also comes with a free guide that walks you through exactly what you need to do to keep your fans engaged and happy. Don't let your social media relationships fizzle out -- get the inside scoop on how you can keep the flame burning. Download the infographic and ebook here.

We’ve long known that Pinterest has been a valuable social network for brands looking to get more visual with their marketing. Well, now Pinterest has added some awesome new functionality to its site that will pack even more information into pins. Pinterest has partnered with some popular websites to bring support for product pins, recipe pins, and movie pins to include more information with the images in these newer style pins. Users should start to see additional information like pricing for products, ingredients for recipes, and content ratings for movies in their feeds.

Marketers in particular will greatly benefit from the new functionality for product pins. In addition to pricing information that was already part of Pinterest's functionality, they'll be able to include information about product availability and where users can buy the products featured in their pinboards. These new features will surely shorten the conversion path for the millions of monthly users on Pinterest, helping to convert prospects and leads into paying customers. The new style pins are currently available to a short list of partners, but Pinterest indicates this is only the beginning of its mission to make pins more useful. Read more on the Pinterest blog.

A little while back, we reported on rumors that Twitter would be bringing about a much-needed boost to its security measures for users. Well, it looks like those rumors were true! This week, Twitter introduced a new security feature designed to better protect Twitter accounts through login verifications. Twitter will be adding a two-step authentication that will require users to register a verified phone number and a confirmed email address. This is a new option that users can choose to activate via their settings page.

With all the Twitter account hacks happening to big brands lately, an additional security measure is a great way to keep brands' Twitter accounts out of hackers' grasp. Remember that even though these new security features are designed to keep you safe, you’ll still want to use a strong password and take other steps to keep your accounts secure. Read more at Twitter.

This week, Twitter has taken a huge step in the right direction for marketers and advertisers who use the social network as an ad platform. Many of you may remember that back in June, Twitter released Twitter Cards, which provided a number of interactive tweet styles for images, products, and even music. Well, Twitter has recently released the Lead Generation Card, which will allow brands to collect leads directly from tweets.

For marketers, this means the new Lead Generation Cards will shorten conversion paths by allowing users to interact with a call-to-action and automatically submit their user information through the tweet. This significantly reduces friction, since users won’t have to fill out forms or click through to landing pages. For now, the lead generation cards are only available through Promoted Tweets, which are a paid feature of Twitter ads. To learn more about Lead Generation Cards and how to use them, read our article on the HubSpot blog.

What other marketing stories did you find interesting this week? Share your favorites in the comments!