How to Run a Successful Time-Based Crowdfunding Campaign 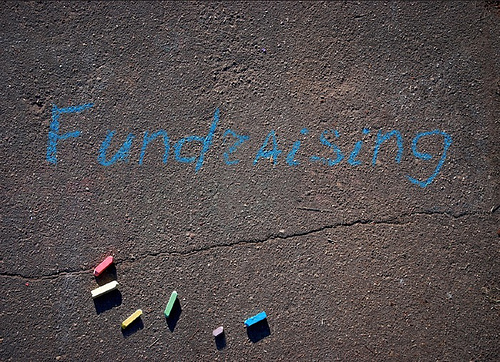 Without a doubt, crowdfunding has been gaining mightily in popularity during the last few years.

In a previous webinar we hosted with StayClassy, we detailed the ins and outs of crowdfunding (also known as peer-to-peer fundraising), the different types of peer-to-peer campaigns, and how several of StayClassy's nonprofit customers have seen huge success using its fundraising platform to raise money online.

We also took it a step further and focused on the four phases of time-based peer-to-peer campaigns (vs. rolling campaigns), which we'll go over in-depth in this post.

But first off, we tackle a very important question: What exactly is the different between rolling and time-based campaigns?

Rolling, or year-round, campaigns are great types of campaigns in which to utilize inbound marketing tactics. This kind of campaign revolves around supporters' life events, such as charity: water’s birthday campaigns, in which individuals choose how and why they fundraise for your organization. Implementing this type of campaign could help your organization drive traffic to its site and encourage direct online donations.

Meanwhile, time-based campaigns focus around an event or specific time period -- usually between six and eight weeks -- that has a specific theme, such as a holiday campaign or one that funds a specific program to build a certain number of schools in one country. This campaign type has a tangible result and/or goal and is carried out to build a community around your organization, provide great internal team collaboration, and require a targeted communication strategy.

It's very beneficial to run both of these types of campaigns simultaneously throughout the year, as doing so can keep a steady stream of funds coming into your organization and maintain engagement with your supporter base.

The Four Phases of a Prosperous Time-Based Campaign

Now that you're aware of the two main types of campaigns your organization can develop, let's dive into StayClassy’s four phases of a time-based peer-to-peer fundraising campaign.

This phase is all about getting organized and preparing to launch your campaign. It’s a really easy step to skip, but it’s an essential one to complete. Whether you spend one week or six months preparing, there are five things you must do prior to launching your campaign.

Begin by defining what you’re trying to fund, whether it's a tangible program, like building five wells in Uganda, or a more diffused use of funds, such as support for your staff for the next year. Make sure you estimate the expenses for the campaign as well as your base of support, including your email list, social following, active donors and fundraisers, and core supporters and evangelists. On average, 3-5% of your email list will convert into fundraisers.

This includes the title, elevator pitch, marketing communications framework, what exactly you’re funding, and if there are any activities involved. Also, decide if your theme is going to be results-based or activity-based.

For example, The Trevor Project ran a campaign to fund its new texting service vs. the Decibels Foundation’s campaign earlier this year to raise awareness and funds. For the campaign, the group had people wear a T-shirt for one week with the phrase "Stink Week" on them to increase awareness of hearing loss.

It’s easier to rally people around a campaign that has a tangible outcome because you can show the impact of the funds raised and people feel much more a part of the campaign if they're actively doing something to involve themselves.

You then want to make sure you create a cohesive experience that’s branded to your organization. Your supporters and donors should feel like they’re involved in something that is led by you.

Moreover, a study shows that branded checkout pages receive 25% larger average donations than generic checkout pages, so you want to keep the brand consistent to maximize your conversion rates. Make sure to highlight your theme and use images and even videos on your pages to connect with your audience emotionally. 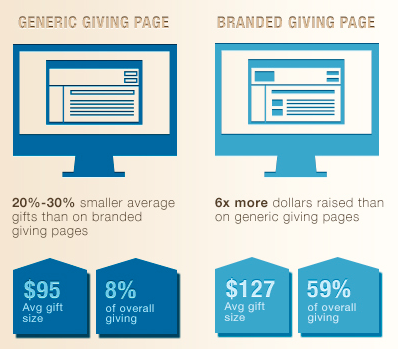 Everyone loves free stuff, so offer gear or other swag to push people to action. Try saving these for the middle of your campaign, though, when there may be some campaign blues. You could turbo-charge a specific period in the campaign by offering a free T-shirt, perhaps with every donation made within a certain time frame.

Incentives are also great for when fundraisers reach certain levels. Highlighting those individuals with a leaderboard on your website or campaign page is a great idea to promote some friendly competition.

5) Create Majority of Campaign Collateral Prior to Phase Two

It's vital to prepare your onboarding email series (which we’ll cover in the second phase), stories of individuals that have been impacted by your mission, new incentive announcements for mid-campaign, and default copy, videos and photos before your campaign launch.

You will be creating some collateral during the campaign, including fundraiser stories, campaign updates (videos/email) and finishing your email series. But, the more you can get done ahead of time, the less stressful and more effective your campaign will be.

This phase is all about bringing people to your campaign. There are two parts to this phase: the soft launch and the hard launch.

The soft launch is the much more personal phase of recruiting. It’s typically one week in which you recruit your core supporters, including yourself (lead by example), past power fundraisers, younger committed supporters, evangelists and passionate volunteers. Use personal emails and/or phone calls to reach these individuals. Your messaging should make them feel special -- like part of the inner circle that will make sure this campaign is successful.

The hard launch is when you open your campaign up to the masses. This is typically one week and includes a two-to-three-email series. The first email should be a direct call-to-action to join the campaign. Then, the second email should include a personal story of a person affected by your efforts and/or mission, with a link to your blog. After this, a third email with a direct CTA to join the campaign should be sent.

During this week, you'll also want to capitalize on your website traffic, including a CTA on your homepage about the campaign. It'd also be best to promote through your social channels, but don’t just ask people to join over and over again. Rather, incorporate some of the stories you prepared during the planning phase to draw people into your campaign.

Be sure to engage inactive fundraisers first. Provide them with some encouragement and tips to make the first ask to their networks to support their personal fundraising campaign.

Then, show your power fundraisers some love. These can be celebrities, community leaders, or anyone that is especially passionate about your campaign. They are people you can count on to raise 2-10x more than everyone else fundraising for the campaign.

Tyler Oakley, from the Trevor Project's campaign to fund their new texting service, is a great example of a power fundraiser.

Send personal emails and even make phone calls to thank them and let them know their impact on the campaign so far.

During the middle period of your campaign, it's possible you'll have a lull in engagement and fundraising. This is when you need to get creative. Here are three top-notch tips for boosting engagement and donations during this time.

This is when you need to use the content you created in phase one, including video addresses from leaders in your organization or anything funny and engaging to invigorate your supporters and keep them inspired.

You can also use this period to launch any corporate sponsorships that you’ve received. Roll out these large donations as a matching campaign, using messaging like “Your donations count double if you give during this period thanks to X company."

Providing additional incentives is also a great idea during this period, as it gives you something new to talk about. A prime example: Invisible Children gave away a trip to Uganda in the middle of its 25 Campaign.

This is the last week of your campaign. While you should focus your efforts on the most active fundraisers, you will see a lot of donations come in during this week. Thus, you should plan to have a two-email series go out this week. The first email should let everyone know it is the final week of the campaign, so they can do their final outreach. The second ought to thank everyone involved in the campaign a few days before it ends.

If you start this last week way behind your goal, think of something outside the box to encourage high engagement and a large amount of donations.

Invisible Children had one of its employees volunteer to live in a human-size cage in its office until the group reached its goal, which it live-streamed online with a banner that read “Free Timmy." The organization equated different donation amounts to things that Timmy could get, such as a pillow and blanket or a hot meal. Needless to say, the group reached its goal.

Peer-to-peer fundraising presents a tremendous opportunity to raise funds and grow your supporter base. But remember this: To get the most out of it, you have to put the effort in. Planning, persistence, and a willingness to adapt are essential to maximizing the benefits of peer-to-peer fundraising for you organization.

Does your organization run any peer-to-peer fundraising campaigns? Share you stories below!

from the Trevor Project's campaign to fund their new texting service.