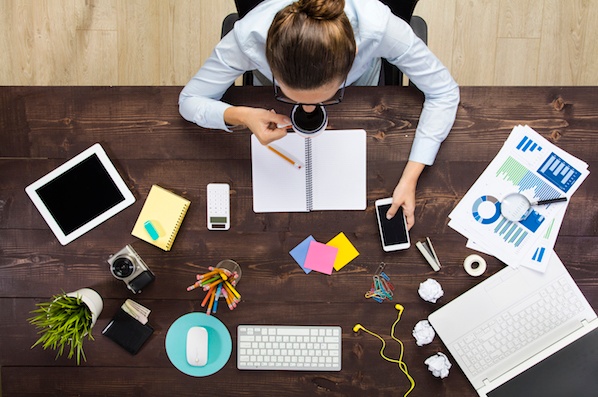 The other day, my friend asked me why I was buying another pair of yoga pants.

“Why do you need another? You pretty much only wear the same two, anyway.”

It was true. I have at least ten pairs of yoga pants, but there are two in particular I wear the most … for at least, let’s say, 80% of my yoga classes.

You might not know who Vilfredo Pareto is, and you might not explicitly recognize the 80/20 rule, but I have no doubt you’re already familiar with the concept.

Let’s back up. Before my yoga-pants revelation, back in the early twentieth century, Vilfredo Pareto was having a similar (albeit more consequential) realization of his own: 80% of Italy’s land was owned by only 20% of its people.

Allegedly, he recognized something similar occurring in his own garden. Pareto saw 80% of the peas from his garden came from 20% of his pea plants.

He concluded that 80% of all results, whether that be in business, economics, or gardening, derive from only 20% of the effort.

This Pareto Principle, or 80/20 rule, can be seen everywhere across marketing.

If you develop marketing campaigns, you might notice that 20% of your marketing messages account for 80% of your campaign results.

If you’re leading a major marketing project, you might realize that 20% of your initial efforts on the project are responsible for 80% of the outcome.

And if you’re a financial advisor at a marketing firm, you might feel bewildered to conclude that 80% of all your business’s profits derive from 20% of your clients.

If the 80/20 rule is inevitable, shouldn’t you learn how to use it to your advantage?

Here, we’ll explore how to use the Pareto Principle to supercharge your productivity, and become more successful while drastically cutting back on your time and effort. If the majority of your success comes from 20% of your efforts, don’t you think it’s time you stop wasting that other 80%?

Examples of the Pareto Principle

Let’s start by taking a look at some examples of the Pareto Principle, to make sure you’re firm in your understanding of the concept:

In customer service, 80% of the complaints come from 20% of your customers.

In criminology, 80% of the crimes are committed by 20% of the population.

In software engineering, 80% of the program’s functionality comes from 20% of the developer’s efforts.

In the environment, 80% of the world’s pollution comes from 20% of the factories.

Essentially, you can apply the theory anywhere -- even to, say, yoga pants. Another great example I like to think about is my phone: I have about 60 apps, but of those, I typically only use 20%.

Now that we’ve covered that, let’s explore how you can use the Pareto Principle to supercharge your productivity.

That isn’t to say you should come into work only one day a week, give it a fair 20% shot, and leave.

No, the Pareto Principle isn’t suggesting you work less. It has nothing to do with time. Instead, it’s indicating you need to focus your efforts, and work harder in the areas that matter most, while accepting it’s sometimes okay to let the smaller stuff slide.

If you’re a freelance writer, the Pareto Principle assumes 20% of your clients are responsible for 80% of your profits.

If that’s true, then you’ll want to focus your time and efforts on pleasing and developing strong relationships with those clients. Reach out to them first. If you have a long to-do list, circle your highest-paying 20%, and write articles for them before tackling your other to-do’s.

That isn’t to say you should become unprofessional, or disrespect your other clients. But if you’re feeling overwhelmed or tight on time, it might be necessary to recognize where you’re receiving most of your results (i.e., profits), and dedicate more of your time and effort to that.

Lesson one: Don’t expand a list of contacts just to have a large network. Figure out from whom you’ll benefit the most, and focus your time and energy on developing and maintaining those relationships.

The 80/20 rule assumes that even if you spend equal time on each item, two of those items in particular will carry the bulk of the results you want.

So don’t make an equal to-do list. Instead, write a to-do list with your heavy-hitters first. Figure out which items are most likely to deliver your biggest results, and start there.

If you’re anything like me, you probably wouldn’t normally do this. I take a look at my to-do list and start with what’s easiest or quickest to accomplish.

Unfortunately, that might mean I run out of time or don’t have the energy to accomplish the tasks with the largest return on investment.

Lesson two: Tackle two or three of the biggest projects, tasks, or commitments on your to-do list first. Use your energy and time on those. Prioritize them, and recognize you’re doing so because those two or three tasks will likely give you 80% of what you want.

It goes one step further than that.

The Pareto Principle states that when you’re working for a long time on a task, like an article, you’ve likely hit most of your goal after you’ve expelled 20% of your effort, right?

That doesn’t mean you should write for 20 minutes and call it a day.

Here’s how I’d break it down. When you’re writing an article, let’s say you’re focusing on these five individual steps:

More than likely, writing the draft itself will give you the biggest return.

The smaller details account for only 20% of your outcome. While they’re important, they aren’t worth stressing over or wasting time on.

In economic lingo, this is known as the diminishing marginal benefit. It means the longer you work, the less power your effort will have on the final result. Quality over quantity … if you work three hours, most likely, you made the most significant progress in hour one.

Lesson three: Make a bulleted list, identifying each small task required to complete a goal. Circle or underline your 80% player, and spend the majority of your time and effort on that. The details are nice, but they aren’t the reason for most of your results.

While I used a freelance position as my example in this article, I hope you’re able to take the bolded advice and use it tangibly in whatever industry you work.

Okay, so working alone and using the 80/20 rule makes sense when it’s your own tasks, your own deadlines, and your own results at risk.

What about when you’re in charge of a team?

For instance, let’s say you’re the director of a marketing team, and your team is tasked with a major project.

You know a few things: first, 20% of your team’s efforts are going to achieve 80% of your intended results.

So, let’s identify those intended results, and work backwards. If you want your project to showcase how well your SEO strategy played out on social media, collect that information first.

Take it a step further and make a list of individual tasks you’ll need to complete.

Brainstorm and recognize that 80% player. Write a list of everything you need to do to have a “perfect” project:

Now, let’s say you were suddenly told instead of three weeks, you have 24 hours to complete the project. How would that change your strategy?

You’d probably start with the biggest piece of the pie first, and say “hopefully we get to it” to everything else.

You should still do that. Work on your heavy-hitters first (in this case, collecting and formatting the information), and come back to minor details later.

Lesson one: Brainstorm with your team and identify the biggest tasks you’ll need to complete to hit the majority of your goal. Visualize as if you were short on time: what would you do first, and what would you be okay leaving behind? Start with that #1 item, and work backwards towards the smaller details later.

While this might seem unacceptable (“Why did we hire them then?”) it’s not -- it’s how the Pareto Principle works, but it’s not set in stone.

More than likely, many of your employees don’t feel the need to be part of that 20% because you have some stronger, more aggressive personalities in the room. Those people have already claimed responsibility for the biggest parts of the job. That doesn’t mean your other employees don’t want to help out.

Tackle this issue by delegating tasks fairly, or even dividing those “power players”, if you know who they are, and assigning one to each smaller group.

Encourage increased collaboration, or assign separate tasks to different people and check in with each person individually to ensure everyone feels equally responsible for their part of the equation.

Better yet, switch up who gets to contribute to that largest 20% of the equation. If the same employees on the team are always in charge of collecting the information and creating the graph, maybe spread the task out: do you have other employees who are capable of putting the information into graph form, and have you asked them if they’d like to help out?

Your employees will be encouraged to work harder if they know they’re contributing to the biggest piece of the rewards -- not just the smaller details.

Lesson two: Don’t let 20% of your employees carry the team. Delegate tasks, create smaller groups, and assign those power players individually to each team. Better yet, check in individually with each employee on your team to ensure he or she feels equally responsible to reach the team’s goal, or switch up which employee gets assigned the “biggest tasks” each time your team has a project.

Remember, the numbers 20% and 80% are not exact statistics, just estimations. The point isn’t the numbers: the point is, everything in life is not created equal, and there are a few things that are weighted with far greater reward than others.

Spend your time chasing those items, and you’re likely to increase rewards while diligently cutting back on wasted time.

37 Tasks Every Marketer Should Automate