6 Psychological Tricks to Help You Nail Your Next Interview

Think an interviewer is going to hire you based on your past success and well-rehearsed answers? While competency is certainly important, it turns out that nonverbal communication can be a powerful influencer on whether you get a job. 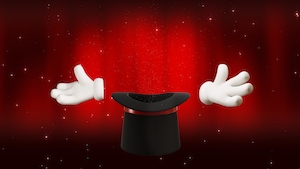 In fact, research shows that interviewers reach final decisions about applicants four minutes after meeting them, on average.

In other words, you have very little time to make a great first impression in a job interview. Your body language, presence in the room, and how you answer their questions have a much more significant impact on whether you'll be hired than we might think -- or even care to admit.

You have more control over the outcome of your job interview than you realize. Here are some psychological tricks to help you influence the impression the make on your interviewer.

Trick #1: Act confident, even if you don't feel confident.

In her popular TED talk, Social Psychologist Amy Cuddy talks about how the presence you bring to job interviews weighs more heavily than the content of the interview itself. When you come off as confident, authentic, passionate, comfortable, and enthusiastic, interviewers are more likely to hire you. Cuddy says the best way to give off a confident presence is to "power pose" before the interview -- i.e. stand in a posture of confidence, even when we don’t feel confident. It affects the chemicals in our brain and might even impact our chances for success.

Want that job? You've got to be likeable. One way to appear more likeable, trustworthy, and empathetic is by mirroring your interviewer. Mirroring or "mimicry" happens when you match another person's expressions of nonverbal communication, like body language, gestures, vocal pitch and tone, posture, eye contact, and body orientation. While mirroring is often subconscious, you can certainly control it by paying attention to how your interviewer's nonverbals, especially her body language and tone of voice. But keep it very subtle, otherwise it might backfire -- if you're crossing and un-crossing your legs every time your interviewer does, she might get weirded out or see you as incompetent.

Trick #3: Address your interviewer by name.

"Remember that a person's name is to that person the sweetest and most important sound in any language," wrote Dale Carnegie in his book, How to Win Friends and Influence People.

Think about the times people you just met remembered your name -- you probably saw them as more charming and interesting than if they hadn't said your name at all. Carnegie suggests you repeat the person's name multiple times in an interview where appropriate, especially when you're saying goodbye, so you can make a lasting impression.

"Flattery has an insidious ability to worm its way into the unconscious, where it creates persistent feelings that could affect the outcomes of all kinds of business interactions, from job interviews to sales to boardroom presentations," Jaideep Sengupta, Professor of Marketing at Hong Kong University of Science and Technology, told Harvard Business Review. And it doesn't have to be sincere flattery, either. “Implicit attitudes tend to remain untouched by contradictory explicit information," said Sengupta. "It’s a testament to how insidiously flattery affects us.”

So, how do you flatter your interviewer without sounding like a brown-noser? One way is to frame it as advice-seeking, according to a study from the Kellogg School of Management. For example, you could ask a question like, "How was the company able to close that deal so successfully?" Opinion or value conformity is another form of subtle flattery, which you can express in a comment like: "I'm the same way -- I also work better in sprints."

This is a communication strategy called "reflective listening," and it happens in two parts: First, you listen and try to really understand what a person is saying. Then, you paraphrase what they said to confirm you understood and emphasize their point. Not only does reflective listening make you look and sound interested and intelligent, it's also a form of flattery (see trick #3). Plus, having good listening skills is important for any job -- especially if you're applying for a managerial position.

Trick #6: Ask for a higher salary than you're aiming for.

When the subject of pay finally comes around, you've probably heard that it's better to aim high and then negotiate down to your desired range. This is a psychological affect called "anchoring," and it's the same effect as when your teenage daughter begs you for a pair of $150 jeans and you refuse, you're than more likely to cave in to the $80 pair. "When we encounter a number -- even an irrelevant number -- we fixate on it, and it influences our judgment," explains Todd Thorenson, Professor of Psychology at the University of Idaho.

In fact, a recent study revealed that asking for a million-dollar salary in jest can actually increase your offer by more than 10%. In the study's test scenario, an administrative assistant candidate who'd listed her salary as $29,000 interviewed for a new job and was asked what salary she wanted. In cases where the applicant didn't name a number -- which is what many of us have been trained to do, so that the interviewer names a number first -- she was offered about $32,500. When she joked, "Well I’d like a million dollars, but really I just want what’s fair," the average offer rose to almost $36,200. Of course, a quip like that might detract the interviewer altogether, so it's a risky move -- but it certainly is telling of the psychological affect naming high numbers can have on an interviewer.

What other interviewing tips do you have?