Everything You Need to Know About Ripple

Bitcoin might command most of the public’s mindshare on cryptocurrency, but Ripple is a company you definitely don’t want to overlook. Founded in 2012, Ripple sells a currency settlement and exchange platform and issues the third largest cryptocurrency (based on market capitalization) in the world. 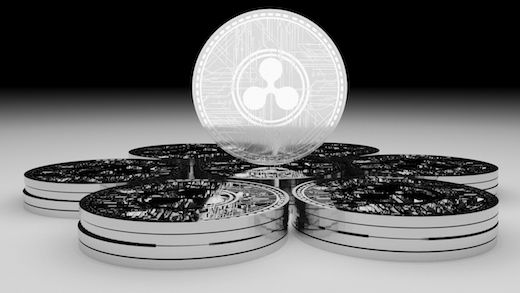 But its value proposition doesn’t stem from being a Bitcoin copycat. It actually stems from being one of the most unique cryptocurrencies on the market.

Ripple wants to expedite the process of cross-border payment transfers and, in turn, improve the current global payments system rather than replace it like the company’s competitors do.

To accomplish this goal, Ripple decided to design their token, XRP, as a currency transfer tool instead of as a medium of exchange, underpin it with a unique blockchain that can validate its transactions 215 times faster than Bitcoin can, and eliminate mining as the only way to acquire it.

Ripple as a Currency Transfer Tool

XRP is designed to rapidly transfer any fiat currency into another, allowing financial institutions to shift money from one currency to another and move funds around the world in a matter of seconds. In fact, XRP can settle payments within four seconds and process 1,500 transactions per second.

This is refreshing and a lot more convenient for financial institutions who usually have to deal with typical yet complex global payment systems, which make every bank open a separate account for every country they work in and take an average of three to five days to settle payments.

Financial institutions who use Ripple also don’t have to deal with cryptocurrencies that have notoriously slow transaction speeds like Bitcoin.

While XRP can process 1,500 transactions per second, Bitcoin can only process seven transactions per second. And coupled with each cryptocurrency’s volatile prices, there’s more of a risk that financial institutions will receive a lower amount of tokens than initially expected once their transaction finalizes if they transact with Bitcoin instead of XRP.

The XRP transfer process is swift because the cryptocurrency isn’t nearly as decentralized as the other major currencies like Bitcoin. Bitcoin’s main purpose is to introduce a new global currency and payment system that can connect consumers directly with suppliers, removing the need for a financial middleman like a bank.

To do this, their blockchain completely decentralizes the cryptocurrency by requiring a network of millions of miners to solve complex cryptography puzzles to validate each of its transactions, instead of asking a central power like a bank to verify them.

Ripple, on the other hand, wants to speed up the process of cross-border payment transfers and, in turn, improve the existing global payment system. So the currency’s blockchain, RippleNet, requires only 25 independent nodes, managed by various financial institutions, tech companies, and Ripple itself, to all agree on the true state of XRP's public ledger and, in turn, validate its transactions.

This makes XRP much faster at verifying and processing transactions than Bitcoin because instead of millions of global miners validating its transactions, XRP only needs 25 nodes to do so.

In conjunction with RippleNet’s validation process, Ripple also owns and issues the entire supply of XRP, which means you don't have to spend massive amounts of time and electricity to mine XRP like you do to get bitcoins. You can only buy the token on cryptocurrency exchanges.

Just like Bitcoin, Ripple has capped the amount of XRP they will ever create at 100 billion tokens. Ripple owns about 60 billion of the total supply and the rest are in circulation. Ripple can also sell up to one billion XRP each month, but they rarely do this because injecting a huge supply of XRP into circulation like that could tank the cryptocurrency’s value.

A Token With a Different Mission