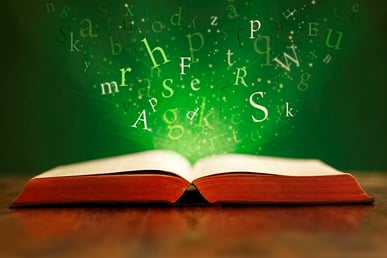 Do you agree with Contently's Shane Snow that storytelling is the top business skill of the next 5 years, or will it take a bit more convincing to persuade you? Are you doing all you can now to hone your storytelling skills and acquire new ones?

We turned to some of the best storytellers we've had the pleasure of working with this year -- the all-star cast of the 2013 INBOUND Bold Talks. Below are some core principles that make these storytellers so effective, and what you can learn from their examples.

To tell great stories, examine your life for times, places, and perspectives nobody else had. (Tweet This)

2. Employ the element of surprise.

A Buddhist and meditation teacher whose mindfulness talk is built around that time her road rage terrified a woman and made a baby cry? Yes. That would be Susan Piver on The Art of Mindful Communication:

After a disastrous project, a CEO refuses his executive's letter of resignation? That's retold by Ekaterina Walter as she opens her talk Fail Your Way to Amazing Things.

Great stories pull readers past the obvious (but wrong) to show them the profound. (Tweet This)

Beth Dunn's How to Be a Writing God almost stole the show -- ranking amongst the highest rated Bold Talks up against a cadre of speakers with extensive experience. Such "effortless" storytelling contains crazy amounts of "behind the scenes" work. Look how structured the story is, and the rhythm and repetition she employs, especially since repetition is the whole point of her thesis. It works incredibly well because she returns to a simple, memorable refrain:

Chris Penn's Awaken Your Superhero also employs repetition in a wonderfully tight structure to tease out what superhero is, and then to surprise us with instructions for on-the-spot heroism using readily available means:

As the audience to a story, we need something to do. We need a reason to be there, listening. Marcus Sheridan gives this to us in Transparency. He asks questions, he makes the audience participate, he peppers his talk with names -- whether familiar to him or read off nametags -- he puts a mic to the audience within the first three minutes, and he consistently puts us in the mindset of his storytelling subject.

"This is social speaking. You were just voluntold." @thesaleslion (Tweet This)

Leslie Bradshaw sends her audience back to their childhoods to Return to Exuberance. She asks the audience to think back to early passions and interests, she bundles her life lessons learned so far into easily-followed basics, and she sets the audience up to renew their own pursuit of happiness.

Finally, Christopher Carfi's You Must Be Present to Win strikes a beautiful balance between the theoretical and the practical, pushing us to enact, in the moment, simple ways of becoming more present with the people, places, and things around us.

5. Speak from your whole heart.

Everything about Pamela Slim -- her career choice, her books, her coaching work, and this talk The Roots That Bind is about working with and speaking from your entire heart. And boy, does she!

What makes you dig deep and work from the very core of what drives you? @PamSlim and The Roots That Bind (Tweet This)

Spend two minutes in a room with Dan Tyre and you've seen his earnest heart. It's well worth your time to go invest 17 minutes absorbing some of the loveliness that is Dan Tyre on Attitude.

The best-told stories are riveting when the speakers themselves are riveted. In The Art of Foolishness, Joel Mark Witt makes us feel stifling, overstructured schooling from a child's point of view. His body, his voice, his words, and his theatrical exaggeration put us into the shoes of the children.

Like Ramon De Leon, hold nothing back in the passion of your retelling. Trust Your Instincts ...

Find your inner fire and practice showing it using the dynamic ranges of a storyteller like Marcus Sheridan (number four above) -- whether quiet to loud, low- to high-pitched, in stillness or in motion.

Folks like @joelmarkwitt, @ramon_deleon, and @thesaleslion don't just tell or show -- they live their story. (Tweet This)

In The Art of Telling Someone Else's Story, Emily Olson LaFave shows the hows and whys of telling a better company story by telling others' stories.

More than eight Bold Talks are built on an assemblage of others' stories. Check out Celebrate or Die! from Frank Gruber, Confluence ... by John Jantsch, and Inbound Job Search by David Meerman Scott. Consider the way Brian Wong tells how his white hot startup transforms mobile marketing by telling player stories and brand stories around Rewarding Everyday Moments:

For more examples, look back at Pamela Slim and Beth Dunn. Up next: Lisa Pierpont's unique angle on telling a story by telling many others' stories.

8. Share memorable human interest -- the story beneath the story.

Storytelling is largely an act of curation. The greats detect stories as they move through life and then pull them together in ways that make us stop and think. In ways that inspire. In Boston's Boldfacers, Lisa Pierpont tells us why she started her storytelling media company. "We would interview predictable characters ... but we would remember somebody like the dishwasher in the kitchen who's training to be in the Olympics as a rower."

One could do an entire storytelling post based on the lessons in Ann Handley's body of work, but to keep this brief, let's focus on how relatable and memorable Follow the Fear is, because of how she employs humor.

And, while teaching us all how to become more effective business communicators by making better use of humor, Tim Washer delivers quite a lot of humor himself in How to Speak Like a Human:

Make them laugh and you can, like @MarketingProfs and @TimWasher, make them understand and relate. (Tweet This)

Boy oh boy, did it ever get personal in the Bold Talks room. This was by design. I asked each speaker to bring a story close to their heart, and speak only on topics they were absolutely fired up about.

Slideless, earnest, and on brand with his book, in Nice Finishes First Peter Shankman dove right into a first-person narrative about succeeding without being an ass:

"I have a photo of my brother when he was about 4 days old ..." begins Whitney Johnson's beautiful and haunting story arc in Show Up for Your Dreams. She moves from there to abject tragedy, then through Winston Churchill, to a retelling of career highlights -- and lowlights -- and back to the intensely personal and inspiring core of her story.

Hope Takes a Village, reminds Amber Naslund. A Bostonian, A Blog, and an Unexpected Discovery by Jessica Gioglio tells the story of a very personal endeavor that ended up driving a strong career pivot. Pam Slim and Ann Handley's talks are two more great examples, and another usual suspect, Erika Napoletano, gets as personal as all get out later on in this post.

Rather than Kathy Sierra simply explaining her qualms with the results of gamification, and the general schools of thought on animal and other training, she physically demonstrates how it works. Secrets of the Whisperers explores a darker side to all this gamification and training:

“Show the readers everything, tell them nothing.” - Ernest Hemingway (Tweet This)

Quotes and examples are a great way to make your storytelling more specific and vivid. Take note of how well Jason Keath employs this in Why You Suck at Brainstorming, and also how he breaks an abstract concept down into freedom, scale, and friction as the essential ingredients to creativity.

Nick Westergaard's vivid life, work, and life-work balance imagery, and the stories he tells to illustrate all of the above, go a long way to helping him deliver a compelling story in his How Work Works.

12. Lay out a vision for the future that could be.

"What if the advertising needs of Madison Avenue were hybridized with the startup trends of Mountain View?" asks Joseph Jaffe in Madison x Mountain View.

“If you want to build a ship ... teach them to yearn for the vast and endless sea.” - Exupéry (Tweet This)

Steve Rubel paints his picture of A Broader Relationship ... between businesses and the media.

Katie Rae's Pushing Startup Communities to the Next Level envisions a future where women are included as an intrinsic, core part of healthy startup communities. Mitch Joel's pivot from Ctrl+Alt+Del to "wtf" (what the five?) laid out five fundamental business changes that will affect everything. We've already mentioned John Jantsch's Confluence talk, but it bears repeating here. He's struck a nice balance of retelling existing stories while evoking a vision for the future.

Julien Smith's first instinct when I invited him to come speak at a big marketing conference was to be controversial. He wanted to argue a contrary case to prevailing schools of thought. His first proposal: Social media is dead. Where he ended up follows nicely from lesson #13:

Social Media is Over, 5 New Trends You Can Profit from Instead - @Julien (Tweet This)

In addition to getting deeply personal, Erika Napoletano Risky Businessed her talk. She took a complete left hand turn at the last minute. To pull it off, this talented and wild storyteller combined extemporizing -- a brand new talk pulled together the night before -- with careful preparation, working into her talk a story she'd been workshopping at Chicago's Famed Second City. The result was 20 supercharged minutes of The (Not So) Fine Art of Losing Your Shit. (As the title hints, this talk contains extremely strong language).

"Have you ever been in a situation where it's everything you can do to not lose your shit?" @RedHeadWriting (Tweet This)

The Ultimate Guide to Storytelling