It’s fair to say that Australia is one of the best places in the world to start a business, boasting a thriving tech industry and an entrepreneurial edge. But starting your own business comes with a ton of expenses -- and one of the biggest is finding office space to work your magic in. 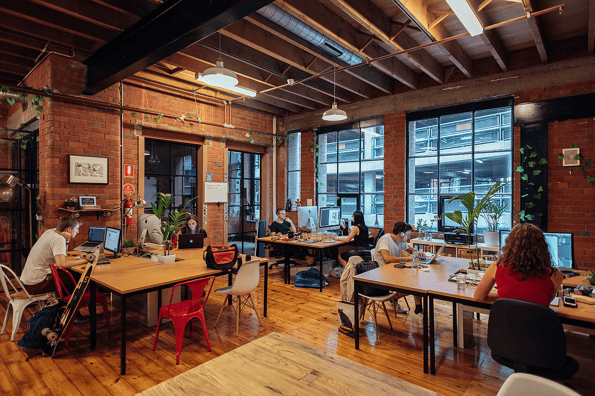 The good news is that you can vastly reduce this expense by opting to use one of Australia’s many coworking spaces, where you’ll also benefit from being in the midst of like-minded people who are willing to share ideas. (Not to mention, many of these spaces also offer free coffee!)

Sydney and Melbourne are two of the most active startup hubs in Australia, so we’ve put together a list of the best coworking spaces in each to help you find a space that works for you:

The Best Coworking Spaces in Australia

Fishburners have locations in Sydney, Melbourne and Shangai, with the Sydney office alone boasting almost 300 companies working out of their space, as well as 500 visitors entering the premises each week. Fishburners also offers some handy perks such as free coffee and Red Bull, as well as a thriving community environment.

Pricing varies depending on the type of membership you choose, but you can take a free tour of Fishburners to get a feel for what membership package would best suit your needs. A huge bonus of joining Fishburners is that you get access to all of their locations mentioned above, regardless of your membership type.

Tank Stream Labs (or TSL to those who know it well) bills itself as a “tech-focused, coworking community for startups and scaleups, with a global focus”. And it’s safe to say that they live up to that billing, with two offices in Sydney that house companies like Buzzfeed, Ashop, and formerly, GoDaddy. TSL also has a large community, with over 400 startups on the books in total and more than $300m raised to date by its members.

Landing in Sydney’s Surry Hills from Amsterdam in 2016, Spaces offers 222 coworking desks to choose from, as well as three private meeting rooms. Spaces also provides a virtual office package that gives you access to a private office at Spaces locations for five days a month. If you’re not sure if Spaces is for you, they offer a free one-day trial so you can test their facilities out without dropping a cent. 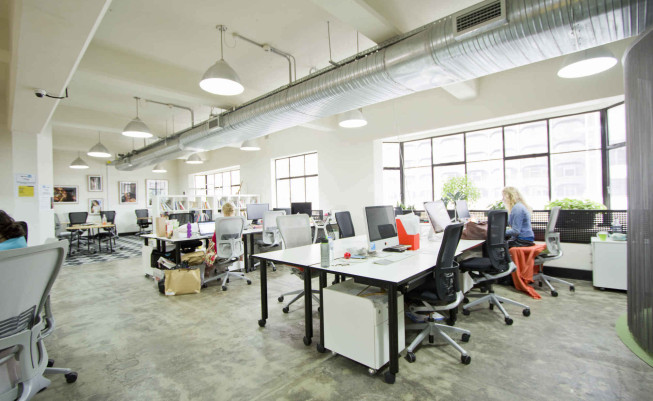 After originally opening a single office in Sydney’s William Street in 2013, Hub Sydney has now opened a second office located at Hyde Park in 2018. They offer day passes if you’re only passing through Sydney, or monthly memberships if you’d like a longer stay. Like Fishburners, you’ll get access to any of Hub Sydney’s other locations once you join the community. This means you can set up camp in places like Melbourne, London, Singapore, New York and Santa Monica. 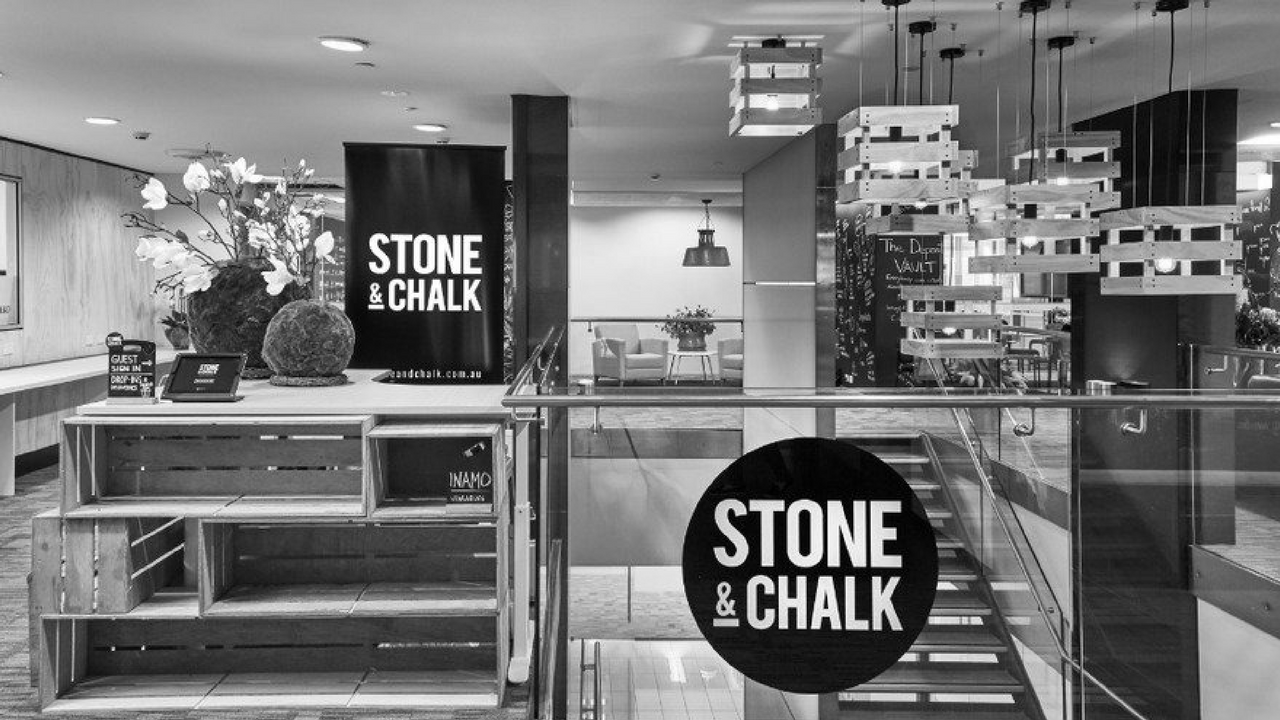 Based in Sydney’s Winyard Green, Stone and Chalk entered Australia as Asia’s largest Fintech coworking space, and it’s growing fast. It’s secured some impressive partners in Australia already, with the likes of NAB, HSBC and Suncorp amongst the many listed as corporate partners. Stone and Chalk also host regular in-office events with guest speakers from companies like Ernst and Young and Westpac. 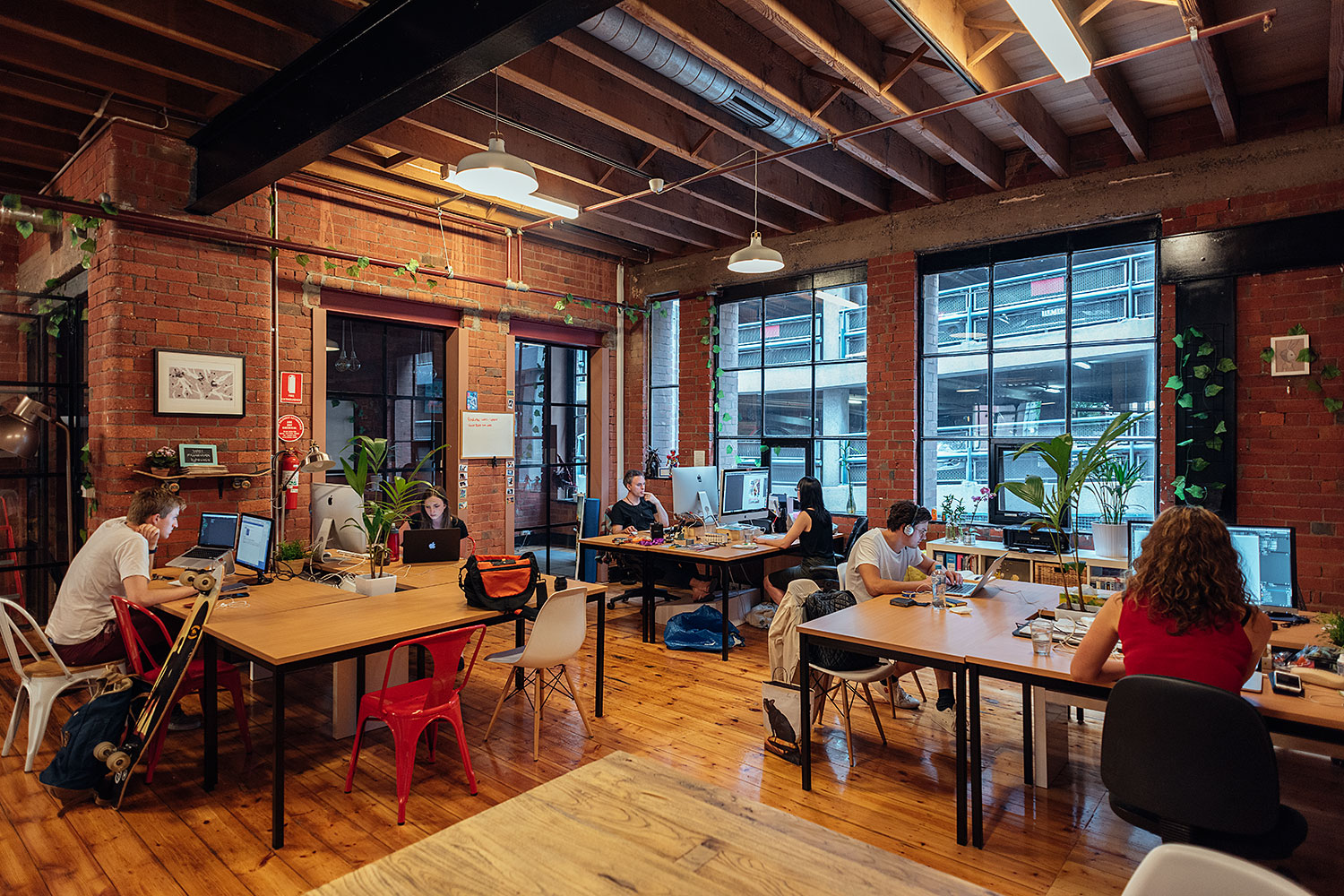 Framework is one of the smaller coworking spaces on this list, but that doesn’t make it any less awesome. They’re based on the edge of Melbourne’s CBD with a tight-knit community of designers, developers, videographers, copywriters, marketing professionals and everything in between. Framework’s aim is to foster a social, professional and collaborative environment to nurture small business growth -- you can even take the space for a test drive before making a decision. 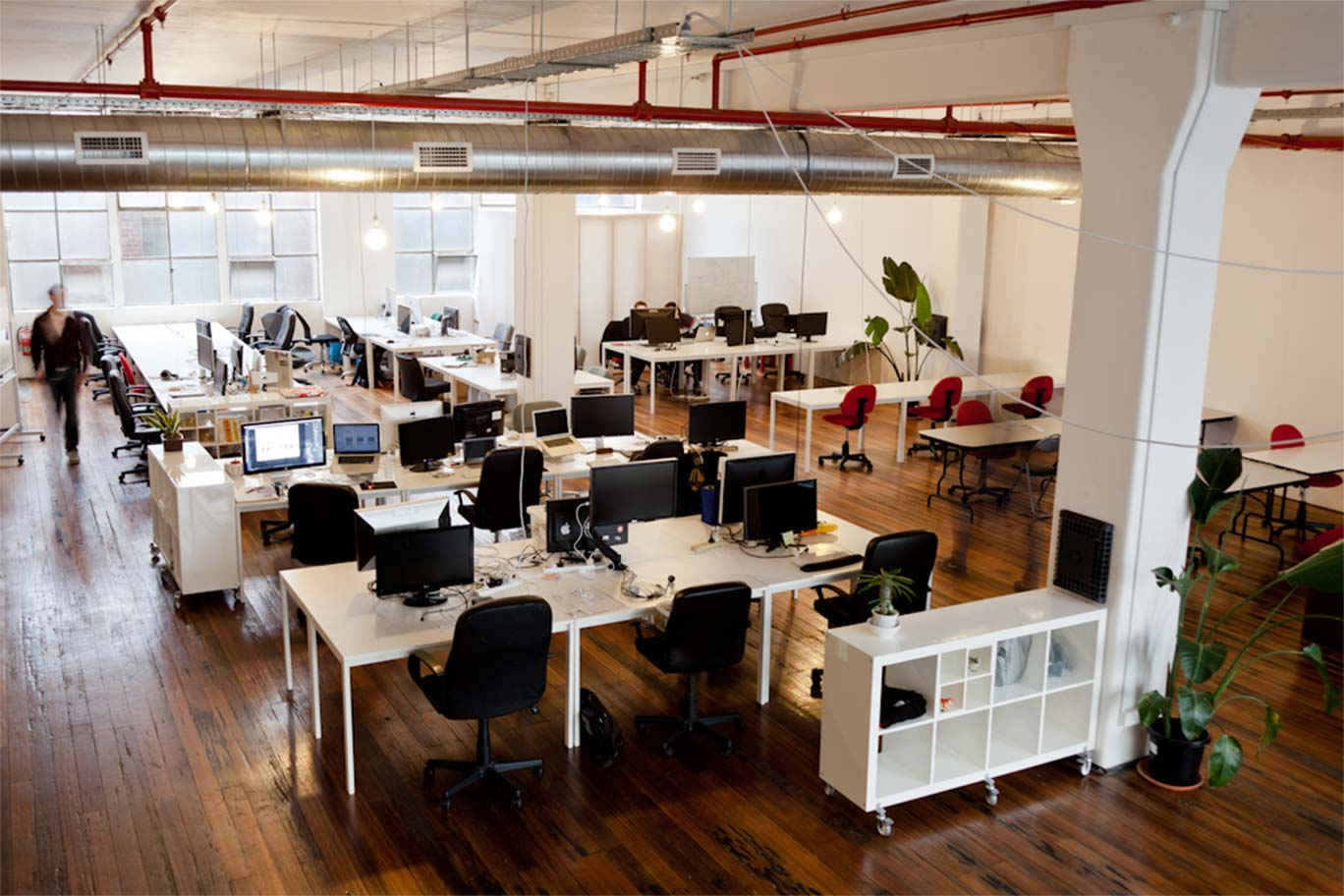 In business since 2011, Inspire9 is well known in the Melbourne startup community and has offices in both Richmond and Footscray. Like others on this list, Inspire9 holds regular in-office events and promote a strong focus on a collaborative environment between members. They’ve got packages to suit all needs, including daily and weekly passes, as well as a 24/7 residency package for the workaholics among us. 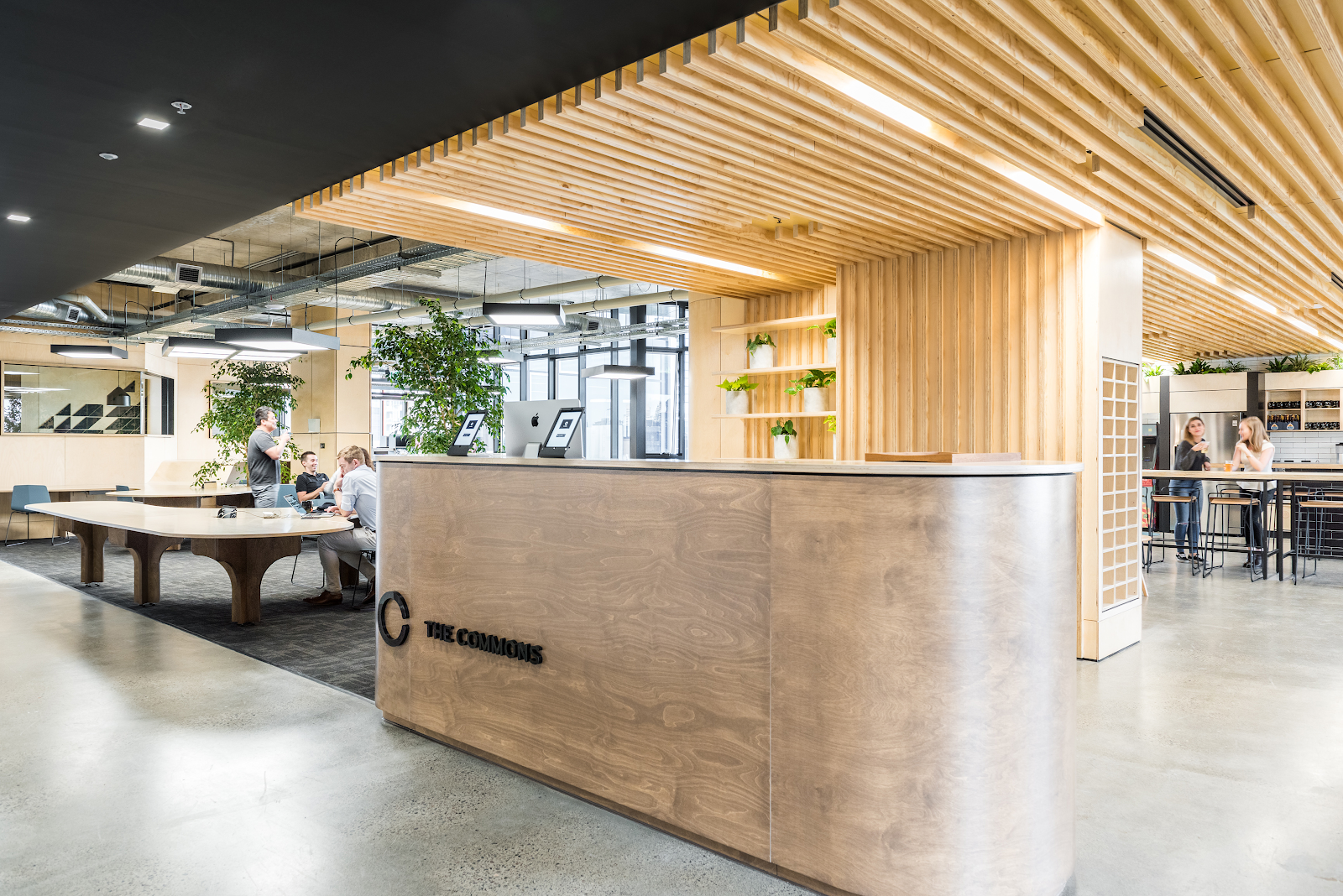 The Commons is one of the largest coworking spaces in Australia, with Eventbrite, Yeti and Almo among its members. The Commons has offices in Cremorne, South Melbourne and Collingwood, and offers a host of membership packages, including a customised private office. They’ve even got a photo studio and green screen if you need to get creative and save on the cost of a photo studio 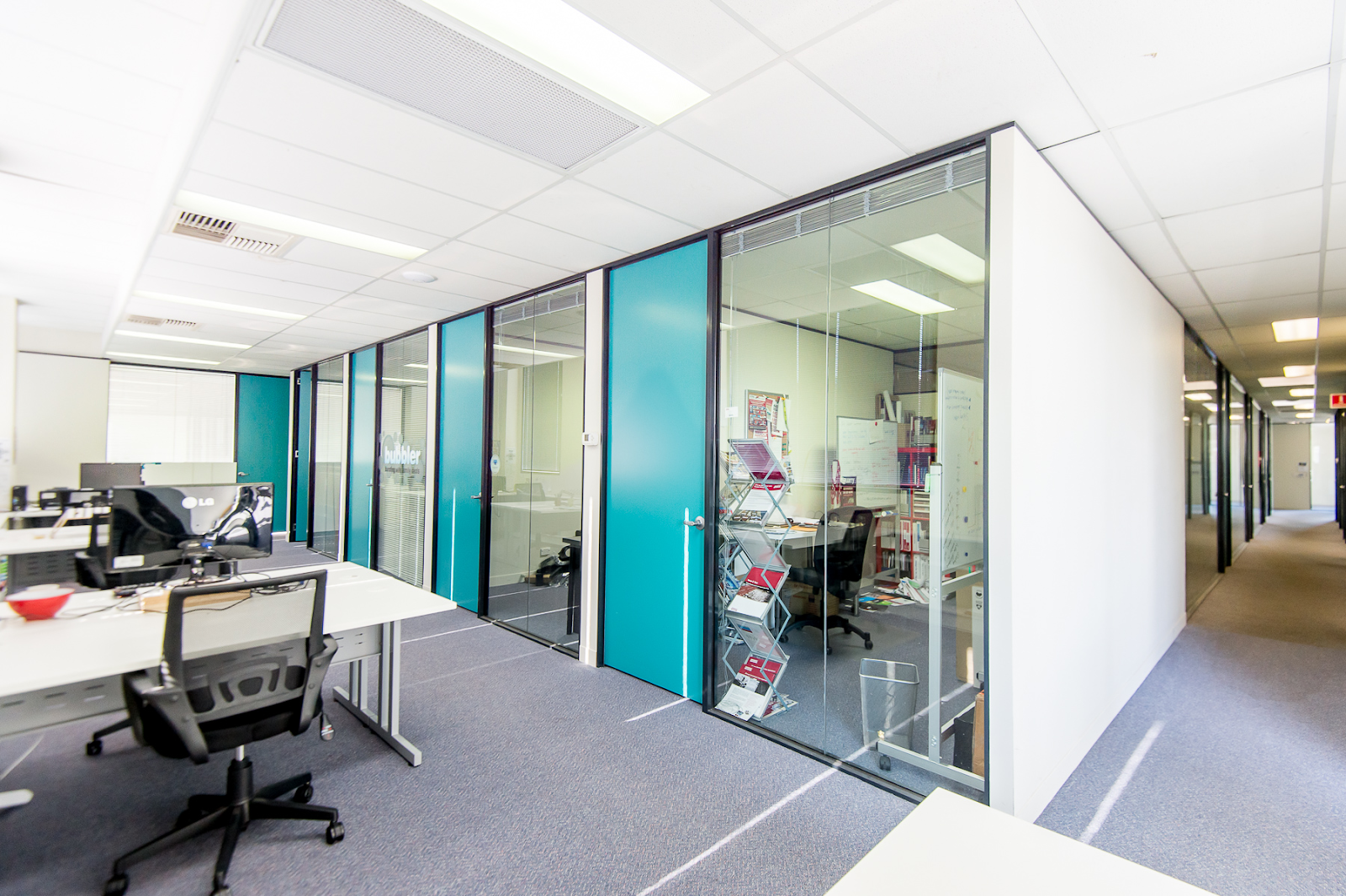 Located in Collingwood, Hive Studio offers a boutique workspace for small startup businesses, focusing on a community atmosphere and shared creative-minded environment. Depending on your needs, Hive Studio offers both desk space and office space, where you can rent up to seven desks in your own, lockable mini office. Pricing is also all-inclusive, so no hidden costs.

This is one of the best equipped coworking spaces on the list, with no less than six multimedia meeting rooms and 2,500m squared of high-tech office space that overlooks the Yarra River in Melbourne’s CBD. They offer a multitude of packages including flexi desks and private offices, while also providing a call answering service as part of their higher-end packages. Members of The Cluster include Amaysim, Mexia and Point Advisory.

Those are, in my opinion, some of the best coworking spaces you’re likely to find. But, there’s a plethora of others available if none of these suit your needs. If you’re in the process of starting your own business in Australia and aren’t quite sure what you have to do next, you can also take a look at this handy checklist to help you tick off the main items on your list.

Maximize your workplace performance with this free guide and set of four templates.