How Much Equity Should a Chief Marketing Officer Get? You Might Be Surprised 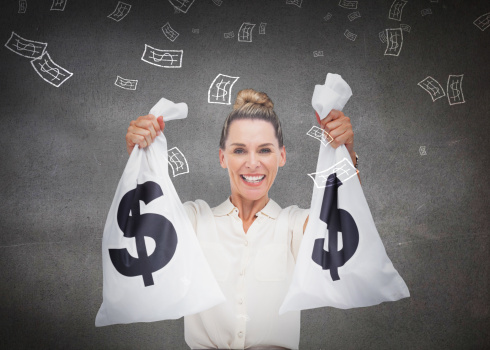 How much equity should a chief marketing officer get in a startup? That question came up at a Massachusetts Technology Leadership Council, which was hosted at HubSpot and featured as its main speaker David Skok of Matrix Partners. Skok’s answer might surprise you. It turns out there’s a really big range between the low end and high end of what CMOs get, and some CMOs will get 5 times as much stock as others.

The good news? No matter where you are on that range, it is quite possible to make a really nice pile of money in marketing.

Skok was speaking to marketers from tech companies in the Boston area. Skok is an expert on digital marketing and on the software-as-a-service business model. And as a VC he's been involved in a lot of decisions about how much equity each member of a startup's C-suite team should get. (Full disclosure: Skok’s firm, Matrix Partners, is an investor in HubSpot, and Skok serves on HubSpot’s board of directors.)

Most of the session involved questions about the funnel and the myriad other topics that digital marketing people worry about: the funnel, conversion rates, CAC, AQLs, MQLs, SEO, SEM, SERP, CLV, CPC, PPC, and all the other alphabet soup of digital marketing.

But then someone asked about compensation — specifically about equity. If you’re joining a startup at the Series A stage, and you’re going to run marketing, how much equity should you get?

Suddenly you could feel the room change. Everyone sat up and “leaned in,” as Facebook COO Sheryl Sandberg might say.

I was struck by the question because this was a room full of people who run marketing for tech startups. While this compensation stuff is totally foreign (and totally interesting) to me, I’d assumed that people who work in marketing all know what the norms are. Apparently there’s more fuzziness to this stuff than I realized.

Skok said a “raw, unproven person” joining in the CMO or VP of marketing role would get 1% of the company. “More likely a low average is 1.5%, and a seasoned good person will get 2%,” he said. “If the team is very technical and young, and you’re missing a business person, and you see someone who is the business part of a founding group, you can see a massive change in that number, up to 3.5% to 5%,” Skok said.

That’s a huge disparity. Consider that if your company ends up with a $1 billion valuation, a 1% share is worth $10 million, and a 5% share is worth $50 million. Both are nice (or even surreal, to a poor ink-stained wretch like myself) but the point is that if you don’t negotiate well you could be leaving a rather huge amount of money on the table.

Then again, either way, you are talking about the possibility of making a very nice pile of money in marketing.

So if there’s such a big range, what determines if you’re getting 1% versus 5%? I touched base with Paul Santinelli, a venture capitalist with North Bridge Venture Partners, in part to see if other VCs agreed with Skok's estimates on the range and also to do a deeper dive on how these percentages are determined.

His take is that a seasoned winner, with a track record of building successful companies, is obviously going to get more equity. The highest CMO packages he’s seen were in the 3.5% to 5% range. “CMOs come in different shapes and sizes,” Santinelli said.

One issue involved is the scope of the CMO’s responsibility. Does the CMO just handle lead gen and PR? Or does the CMO also have responsiblity for product management?

Being able to run sales in addition to marketing is probably the biggest boost to compensation. “If the CMO is carrying not just the marketing function but also sales, then the total compensation is in the $400,000 range and they’re probably getting north of 2.5 points,” Santinelli says. “It really has to do with the breadth they bring to the table.”

Who gets 5%? Santinelli says that’s usually an experienced executive who can come in as a VP of sales and marketing, “the person who can handle the whole funnel, from lead generation to lead nurturing to closing deals. That person is worth a lot of money. But it’s very rare to find them these days.”

Another factor is how early you are in joining the company. Get in at the Series A stage, and there can be more equity available than if you join at the Series C stage. Nevertheless, “if you want to hire the best of the best, you have to pay for them,” Santinelli says. “You find ways to make room for great players.”

There's also a growing recognition that "marketing is a key function in any startup, and so you want to hire a good marketing person."

In some cases a CMO may even end up getting a bigger chunk of equity than other members of the C-suite, like the chief financial officer and chief technology officer. “A good VP of engineering with 10 to 12 years of experience is going to cost you 1.5 points. A good CFO with public company experience is about the same,” Santinelli says.

That’s some serious scratch, even if the startup tanks and the equity turns out to be worthless. And if your startup gets a nice exit, that 1.5% stake could be pretty sweet indeed.