Simon Sinek Explains Why Leaders Put Others Ahead of Themselves 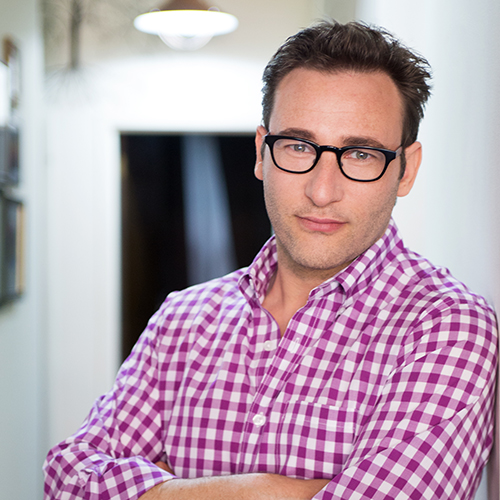 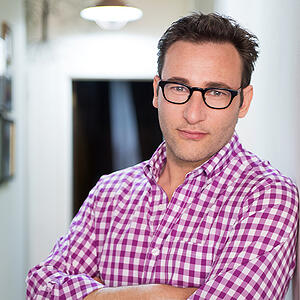 Simon Sinek has one great claim to fame, and it’s a big one. In 2010 he gave a TED talk based on his book, Start with Why, and his talk became the second most viewed video of all time on TED.com. That talk, and the book, launched Sinek into the stratosphere of author-slash-inspirational-speakers, that rarified world inhabited by deep thinkers like Malcolm Gladwell who use a mix of science and anecdotal evidence to reveal the secrets of great leadership.

Pretty cool, right? Better yet, Sinek has gone on to even greater things, and now has a new book out, Leaders Eat Last, which argues that “great leaders sacrifice their own comfort – even their own survival – for the good of those in their care.” And he'll be one of the featured speakers at this year's INBOUND conference, Sept. 15-18 in Boston.

Sinek first picked up on the “leaders eat last” notion while watching Marines at mealtime in the chow hall and noticing that the senior officers went to the back of the line. “Officers eat last,” a general told him.

The theory is that when leaders are willing to “eat last,” they build the trust and loyalty of their colleagues. Sinek draws on examples from the military, investment banking, and other fields.

He says this whole thing is rooted in our biology, in the way our brains are wired. He says humans learned that there was safety in a group, and that this was the best way to fend off predators and enemies.

“Another critical reason we survived was thanks to our remarkable ability to cooperate,” Sinek writes. “We are a highly social species whose survival and ability to prosper depend on the help of others.”

These lessons can be applied in the modern world, especially in the workplace. Sinek portrays a tech company called Next Jump which has a policy of lifetime employment, where “even costly mistakes or poor individual performance are not grounds for dismissal.” As a result, employees feel safe. They’re not worried about getting cut if the company falls short on its numbers one year.

Keith Frankel, head of creative and design at HubSpot, interviewed Sinek recently. Turns out that despite his enormous brain and his movie-star good looks (just look at those piercing eyes!) Sinek is one of the nicest guys you'll ever meet -- down-to-earth, modest, affable and easy-going. Check out the video:

Would you like to learn more about Simon Sinek and the philosophy behind Leaders Eat Last? Register for INBOUND, and come see him and a bunch of other great speakers, like Jill Konrath, Ekaterina Walter, Chris Brogan and David Meerman Scott.