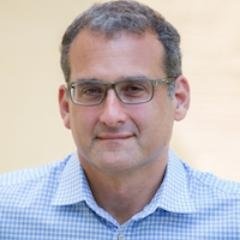 Two months ago, I launched a landing page to explore demand for strategic storytelling training among CEOs and their leadership teams. I had been delivering that training (and still do) as part of strategic messaging projects, and was curious about demand on a standalone basis. I gave the landing page the following headline: “Strategic Story Training for CEOs and Senior Executives.”

To my surprise, while several founders and CEOs got in touch and scheduled the training, over 50% of the inquiries I received through the page came from a different audience, and one that I did not intentionally target -- leaders of enterprise sales teams.

I’ve since run trainings on strategic storytelling for several sales teams, and I thought I’d share a few things I’ve learned about why sales teams want this training, what’s been most valuable, and how I’m changing my approach as a result.

Why You Should Train Salespeople to Tell Stories

When sales leaders contact me to train their teams on storytelling and narrative pitch structure, I always ask why. Nine times out of 10, the answer is some version of “We’re trying to scale beyond the market where we’ve traditionally enjoyed success, and our old story isn’t working.”

These are very different buyers. In Silicon Valley, we walk in trusted. Not only have these new buyers never heard of us -- they are actually scared off by the story we normally tell about our Silicon Valley roots, cred, and track record."

For his team, we crafted a new version of the company story that targets this new buyer. The main character of the new story is not the company’s techie founder, but the first mainstream buyer who signed on as a customer.

Nascent sales teams naturally chase down anything that remotely smells like a lead. But as they grow, sales teams must mature into active qualifiers, rejecting prospects  --  even those tagged with high lead scores by marketing  --  who fail to meet criteria that mark them as real, imminent buyers worthy of sustained sales effort.

A well-structured sales story has within it an element that I call “why now?” that is invaluable for qualification. Like the heroes of legendary epics, buyers are initially reluctant and skeptical. (In "Star Wars," when Obi Wan first invites Luke to rescue Princess Lea, Luke’s answer sounds like something a typical prospect might say: “Listen, I can’t get involved.”)

The “why now?” in your story explains exactly how your buyer is struggling, and why he/she is motivated to act now. (When the Empire bombs the home of Luke’s family, we know that Luke has to get involved.)

Teasing out the “why now?” has been one of the most fruitful exercises of the storytelling trainings I’ve done with sales teams to date. One team has since made its “why now?” the first slide of its first-call sales deck. A member of the team told me:

When we show that slide, sometimes prospects literally say, 'You took the words right out of my mouth.' Even if they don’t say anything, you can tell from the look in their eyes and their body language that we’ve articulated their struggle. When that happens, we know we have a good shot at a deal."

As any salesperson knows, your most powerful sales weapons are stories about how you’ve already helped people achieve what your prospect wants.

Someone, somewhere, decided that these stories should go by the boring and serious name “case studies,” which is unfortunate, because nobody wants to read something called a case study. But people do want to hear stories, well told, about whom you’ve helped and how you’ve helped them.

In the training sessions, I encourage salespeople to craft and tell “Whom I Helped and How” stories by filling out a form with answers to the following questions. (Note the subtle yet important differences from the more common “challenge/solution/results” framework that has bored many millions of prospects to tears -- most importantly, this is a story about a change in someone’s life, not just the resolution of some disembodied problem):

Interestingly, as team members share their stories in this way, they invariably discover that many of their colleagues have never heard the most impactful ones. Since they’ve written the stories on paper, I now make it a habit to ask them to hand the stories over to their marketing colleagues, who (after jumping up and down with unmitigated joy and eternal gratitude) have packaged them as sales enablement collateral, webinars, and content marketing campaigns.

The dominant metaphor in sales culture is doctor and patient. The salesperson asks questions to understand the prospect’s pain, which the salesperson will relieve with a product or service.

Where the metaphor breaks down, of course, is that patients tend to trust a doctor they meet for the first time, whereas most prospects feel the opposite about unfamiliar salespeople. But until a prospect trusts you, he/she will be reluctant to share their most nagging aches. This challenge becomes acute as sales teams “cross the chasm” past early adopters, who trust more readily, and begin targeting risk-averse mainstream buyers.

The way to get reluctant prospects to open up is to model that behavior by telling a story that reveals your own pain and vulnerability. Frequently, the story that works best is what I call your “origin story” -- the story that explains how you (or your company) came to do what you do. These stories often include a failure or embarrassment that you overcame, as in origin stories for companies like Airbnb (which logged a measly two bookings after its official SXSW launch) and Yelp (which started as an email recommendation service that failed to gain traction). Personal origin stories are great too.

In the training sessions, I have participants craft their own origin stories, and then share them with colleagues. Without fail, everyone reports feeling closer to the people with whom they have shared these stories. As a result, I encourage them to invite prospects to tell their origin stories, which can reveal valuable information about them, and warm them up to share more relevant details about their current predicament.

All sales teams grow the same way. One or two people (often the CEO) fail and fail with early prospects until they hit upon on a version of the story that (more or less) consistently closes deals. When new salespeople come on board, they ask their pioneering colleagues for the most successful version of the story, and they begin telling it.

That works for the first few hires, but eventually the team gets big enough so that ad hoc sharing of the story becomes impossible. The team spreads out geographically, and the pioneers are less accessible. Even if everyone’s in the same office, the story that worked so well early on may need tweaks -- or a major overhaul -- to account for maturing customer expectations, new competition, or changes in strategic direction.

Naturally, it’s been rewarding to hear from new salespeople, confused about the story they should be telling, tell me how valuable it’s been to hear more experienced peers formally dissect their pitch’s story elements for the first time. But just as often I’ve watched those experienced folks pick up tips from newer recruits who, for whatever reason, hit on an even more effective way of telling certain parts of the story.

Splitting the training into two sessions

After each training session with a sales team, I survey participants with two questions:

The answers about most valuable takeaway were remarkably consistent, focusing on the understanding that participants gained about structural narrative elements and how they inform a successful pitch. It was also gratifying to hear from people who told me that, while they had always told stories (they are salespeople, after all), they find themselves thinking much more, post-session, about how their stories are working strategically.

As for how people wanted the training to improve, by far the most popular request was for more time devoted to personalized coaching and feedback on how each team member is telling the story. To accommodate that, I’ve begun breaking the training into two sessions separated by a week or so, so that salespeople can try out their stories in the wild, and then report back on what’s working and where they need more help.

Editor's note: This post originally appeared on Medium, and is published here with permission.

7 Ways to Identify the 'Rainmaker' on Your Sales Team

15 Skills Every Sales Associate Needs to Crush It