11 Red Flags to Look Out for When Interviewing Sales Reps, According to Experts 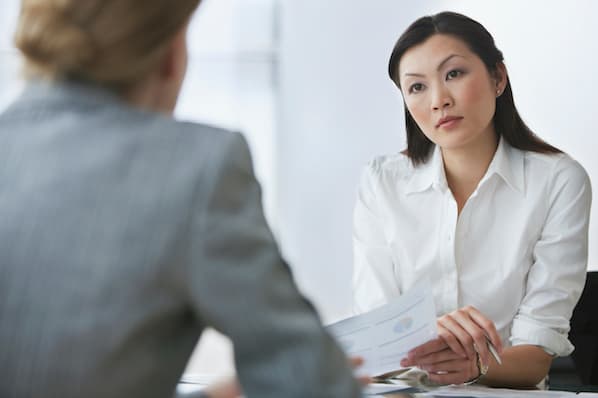 Exceptional sales reps — the ones who are prepared to both dedicate and deliver — don't grow on trees.

They're tough to find, and in many cases, it's hard to distinguish them from reps who might wind up exhausting your time and resources — only to fizzle out and leave before making an impact. When you're interviewing for a sales role, you're bound to run into both kinds of candidates, so the question becomes, "How do I tell them apart?"

Well, there are certain less-than-ideal qualities you can look out for to identify potential hires who probably won't pan out. And to help you track them, we reached out to some experts and compiled a list of 11 of those red flags, along with some tips on how to bring them to light.

1. They don't demonstrate any evidence of a growth mindset.

According to Tracy Graziani, Owner and CEO of Graziani Multimedia, recruiters should always be wary of candidates that don't exhibit curiosity and sincere ambition.

She says, "I always ask people what was the last thing they learned that wasn't required for work or school. I also ask what skill they want to improve and what their plan is to do so. Both are going for the same thing — is this person a lifelong learner? Someone who strives to be better?

"If not, they won't be successful in our industry. Things constantly change and we have to continuously be learning to remain competitive. No evidence of a growth mindset is a definite red flag for me."

Benjamin Goldman, Google Sales Manager, suggests sales candidates should demonstrate a knack for self-reflection and some degree of humility.

He says, "I have a few questions to gauge self-awareness. My favorite is, 'What would your current manager say is the biggest risk in us hiring you for this role?'  If the candidate can't think of anything substantial, it either means they're perfect (unlikely) or have some pretty big blind spots."

Greg Linnemanstons, President of Weidert Group, Inc., says recruiters should keep an eye out for candidates who come off as indecisive and reluctant to be assertive.

He says, "I always ask how they buy big-ticket items, like a car or a house. If they're decisive with a bias for action that's a plus, and they're comfortable expecting the same behavior from customers. If they take forever and are extremely risk-averse, that's a red flag."

4. They're not professional throughout every stage of the interview process.

By his account, "An initial phone call is part of the recruitment process — it's not a phone call to say 'hi,' so potential hires should act professionally. They should also dress professionally for video interviews. I may work in Hitech but there is absolutely no reason for you to wear a t-shirt and look like you just stepped out of bed for a job interview!"

5. They're more arrogant than they are self-assured.

Louise Varley, Business Development Representative at Digital 22 Online Limited, suggests that recruiters should be mindful of whether a potential sales hire seems a little too confident.

She says, "I'd probably say someone who comes across arrogant rather than having a good level of confidence and being self-assured. Arrogance suggests a lack of coachability and someone who would probably find it difficult to drop old habits."

6. They don't understand how sales and marketing should work together.

As a marketer, Caleb Rule, Inbound Marketing Manager at The Pedowitz Group, brought an interesting perspective to the discussion.

"For instance, in the B2B space, prospects are often around 80% of the way through the buyer's journey before they want to talk to somebody. So, how does marketing work together with sales to maximize that 80%? How can the teams ideate to help increase sales touchpoints, like through chatbot outreach or targeted ABM approaches?

"Marketing can't come to the table and be the only one bringing ideas, and potential hires need to recognize that."

7. They can't cite examples of where they've tried and succeeded to get something they wanted.

Kristin Dennewill, Co-founder & President of Denamico, suggests interviewers should make sure candidates have both the tenacity to pursue objectives and skills to actually attain them.

She says, "A red flag for me is a salesperson who doesn't have examples of where they've had to be tenacious to get something they wanted and were ultimately successful in doing that.

"It's one thing to check a box and say you did what you were supposed to do, but that's often not enough to win the deal. Being successful in sales requires having a lot more grit and perseverance than the average person."

8. They don't know when to control the conversation and when to listen.

Sarah Woodbury, Director of Sales at The Predictive Index, says sales candidates need to have some understanding of conversational give and take.

She says, "They need to know when to control the conversation and know when to let others speak. There’s nothing worse than a salesperson that steps on your line, you need to be both great at asking questions and listening. Your job isn’t to talk the most."

9. They're only motivated by money and status — not solving for customers.

Tobbias Schloemer, CEO of Thought Leader Systems, says interviewers should make sure sales candidates are in the field for the right reasons.

According to him, "The most detrimental thing about new sales reps would be if they claim or seem to be motivated by money or status. Today, only helping customers can win and should be an intrinsic motivation for all salespeople.

"Inbound sales would not be possible without a service mentality among sales reps. Candidates should have demonstrated this capability at some point in their lives. That doesn't necessarily have to be in a previous sales role — it can even stem from an experience in a service role."

10. It seems like they're treating a sales role as a stepping stone to another field.

Kelsey Corcoran Galarza, Co-Founder and Principal Consultant at Orange Marketing, advises recruiters to look out for potential hires who aren't "all in" on pursuing a sales role.

She says, "I'd be wary of someone who is really looking for a 'different' job and is using a sales role as a stepping stone to another field. They often don't plan to work their butts off as a sales rep, and your investment in training can be wasted."

11. They can't shift gears in a high-pressure conversation.

Trygve Olsen, Business Development Director at BizzyWeb, sees value in a rep's ability to have dynamic conversations — that's why he thinks candidates who can't shift gears mid-discussion when speaking to interviewers might not be the best pick.

He says, "I always ask a sales candidate to tell me a joke. If they can't be in a high-pressure situation like an interview and then completely turn on a dime and go in a different direction in a meeting they aren't a good fit."

Picking the right sales candidate is every bit as challenging as it is essential. But if you look out for the signals that point to candidates who will likely underperform or flat-out not try, you'll be in a good position to land a sales hire who's going to meaningfully contribute and help your sales team thrive.

16 Common Sales Job Interview Questions and How to Answer Them

The Ultimate Guide to a Career in Sales

What Counts as Sales Experience? [+ How You Can Get It]