Ryan Close poured 5 years and his life’s savings into creating the perfect at-home cocktail maker. The resulting machine took off like a rocket when it hit the market — here are his lessons along the way. 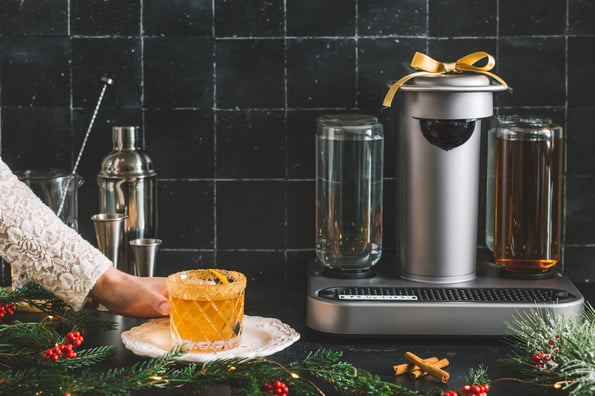 Ever try to impress your friends (or your date) with a fancy homemade cocktail? Ryan Close, founder of robot cocktail maker Bartesian, knows the experience too well.

“I bartended well over 5 years… I try to make my wife an old-fashioned and half the kitchen’s a mess,” says Close. “It’s too sweet. It’s not sweet enough. The sugar didn’t dissolve, it’s too boozy, it’s not boozy enough.”

The Canadian native moved on to a decadelong corporate career after his stint in hospitality, but his entrepreneurial streak led him to an incubator at the University of Waterloo, where he stumbled upon the idea for an at-home cocktail maker. The venture was about to fold — one of the partners gave up and took a job at Apple — but the pain points of being a bartender made Close a believer in the project.

Convinced of its potential, Close quit his job in 2014 to work on Bartesian, which produces Nespresso-like machines that mix flavors from pre-made capsules with liquor to create gourmet drinks. Customers hook up their own liquor bottles — then choose from over 40 pods to make everything from pineapple margaritas to sidecars with a touch of the button.

The machine was immediately a hit: After launching in late 2019, Bartesian took in $25m in revenue in its first year, then saw its sales soar by 300% in 2021. The company got a bump as more people entertained at home during the pandemic, and is projecting triple-digit growth again in 2022.

Bartesian is also licensing its tech to other appliance makers — its first partner, Black+Decker, is pushing out their version of the cocktail maker in late spring. The real technology is in the flavor pods — the barcodes tell the machines how to make a drink — so the idea is to get as many machines into customers’ hands as possible, and create a steady stream of revenue from the flavor pods. 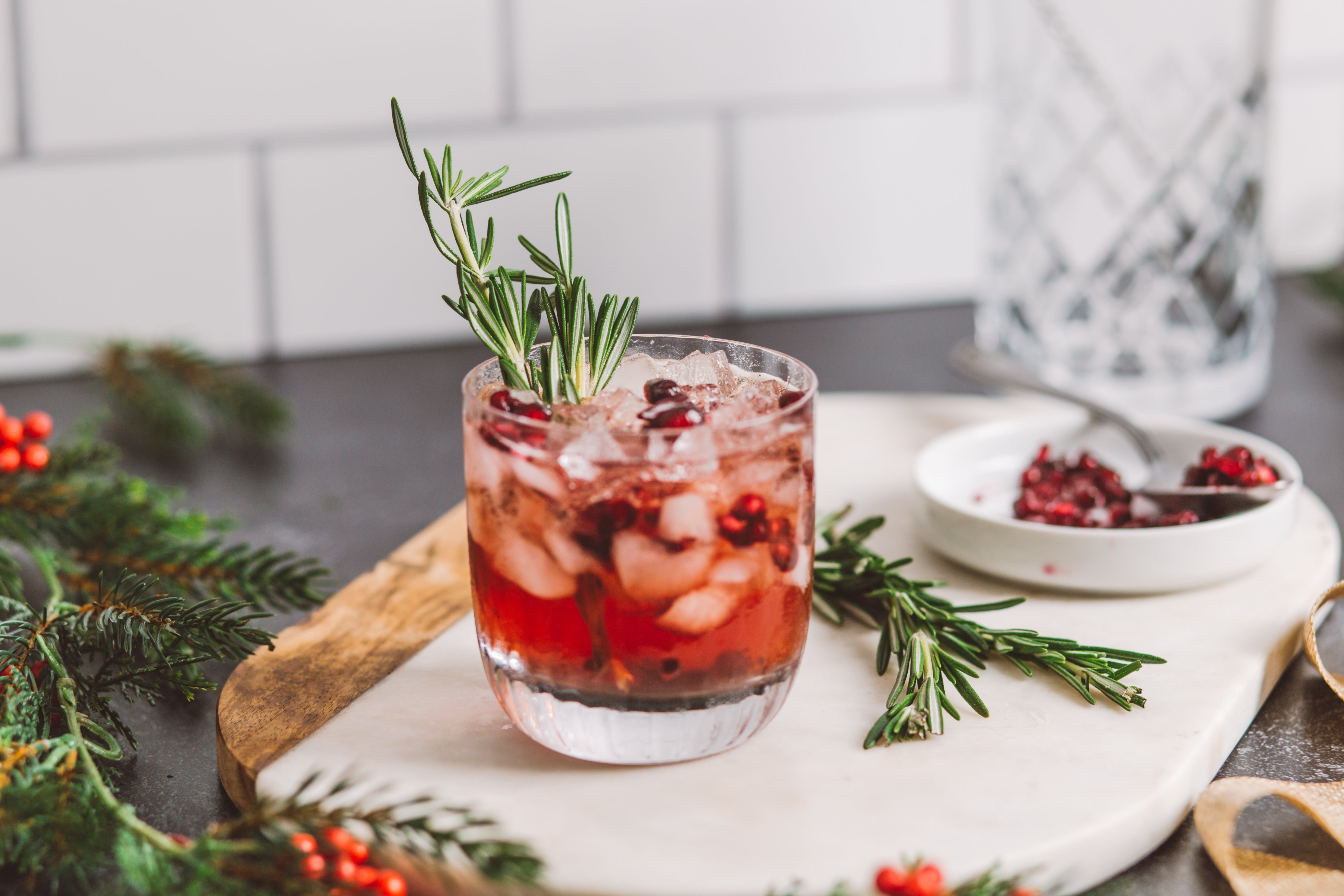 And the covid pop wasn’t just a one-off. As early as 2010, Mintel research found that more consumers are drinking at home than at bars and restaurants; by 2018, 55% of Americans reported a preference for drinking at home, particularly younger millennials who say going out takes too much effort. The Distilled Spirits Council of the US reported that sales of premixed cocktails rocketed 42.3% to $1.6B in 2021, and was the fastest-growing spirits category in the country.

Not happy to rest on his laurels, Close is working on producing commercial versions of the Bartesian machine, so that the cocktail makers can be used in restaurants, lounges, sporting venues, and more. The company has run a pilot test with Hyatt Regency hotels, and is rolling out the machines in more than 15 MLB stadiums this month and next as baseball season gets underway.

Below, Close shares his advice on entrepreneurship, building new products, and growing as a leader.

Learn by working at established companies

“You need to work for other people, you need to know how to get into every element of the business, you gotta learn from bad bosses and from good bosses,” advised Close, who started out as a management trainee at IT services provider Syntax, and then went on to work in operations and sales for a variety of companies, including a flower wholesaler and apparels firm.

His years in the corporate world taught him discipline, and he honed his leadership skills by taking notes from the good bosses and learning what not to do from the bad ones. It also allowed him to make mistakes in a lower-stakes environment, and to build up savings that he eventually invested in Bartesian.

But don’t wait too long to follow your dreams

“Do it sooner than later. Because if you hold off, it’s like setting concrete in your body. As soon as that sets, you’re not gonna be able to move, you’re gonna crack [when you do],” says Close.

The father of 3 had a mortgage and a luxurious lifestyle — think home chef and Four Seasons stays — funded by his 6-figure corporate job. Giving it up for the uncertainties of entrepreneurship was a huge risk, but if there are any regrets, Close says it’s that he waited a little too long to take the plunge.

Write your own rules for your business

“If you read the textbooks on how to fundraise, we did everything opposite,” says Close. Instead of having formulaic fundraising rounds, Close took Bartesian’s early prototypes to retailers, and asked them to give him a nonbinding letter of intent (signaling interest in buying the product), so that he had something to show investors.

He then used the letters to find angel investors and VCs, piecing together funding $10k, $20k, $50k at a time. Each win gave Close a chance to work on the machines a little more — the early ones were hand-assembled by the Bartesian team — until he finally scored a big investment from liquor giant Jim Beam in 2016.

“I was going around the country with this, different levels of functioning units, giving cocktails to people and just saying, what do you think, do you like the drink?  What would you pay for this? Would you buy it?”

Close, who schlepped prototypes of the Bartesian machines to trade shows and conventions, estimates that he talked to 40k people over 5 years to gather feedback on the product. The honest reviews allowed him to improve the product with every iteration. And the positive reactions gave him confidence that his creation would succeed as a premium product, which now sells for $370.

“A lot of the textbooks say, go big with one vendor and you get better pricing. But that wasn’t our focus. It was like, how do we guarantee we can get the products? And if we have to pay a premium, that’s worth it as a startup. We are building our brand; we can’t not have the product.”

Like many appliance makers, Bartesian started off manufacturing its flavor capsules in China. But the potential of future tariffs and the long shipping times led the company to moving some of its manufacturing to Illinois starting in 2020.

The initial investment was steep, but by the time covid hit, Bartesian’s Chinese factory only accounted for 15% of production, saving the company from the shipping logjam and long delays. To offset risk, the firm still tries to have multiple vendors throughout the distribution and fulfillment chain.

Bartesian could’ve released the machine a year earlier, but its team wanted to make sure the manufacturing and quality of the machines were top notch. When it finally hit mass market, it was on the shelves of every major retailer — including Amazon, Target, Bed Bath & Beyond, and Williams Sonoma — and still maintains 4.5+ star reviews across the aforementioned stores.

The positive early reviews allowed the company to build its brand on a shoestring marketing budget, and a strong product spoke for itself with investors. Tom Ricketts, the chairman of the Chicago Cubs, tested the machine for potential use at Wrigley Field and called back to offer an investment in the business.

“We came out of the gate hot. And we’ve been sold out ever since,” says Close.