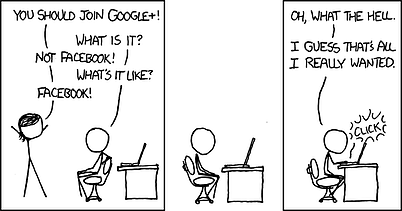 Sure, 90 million may seem like nothing compared to Facebook's giant 800 million user base, but considering the new social network has only been around a mere 7 months, the growth isn't easily ignored. In fact, the count has more than doubled since October, when Google's official count stood at 40 million. And when you also factor in Experian Hitwise's prediction that Google+ will amass 400 million users by the end of 2012, the power of Google+ is definitely not something to shrug off. 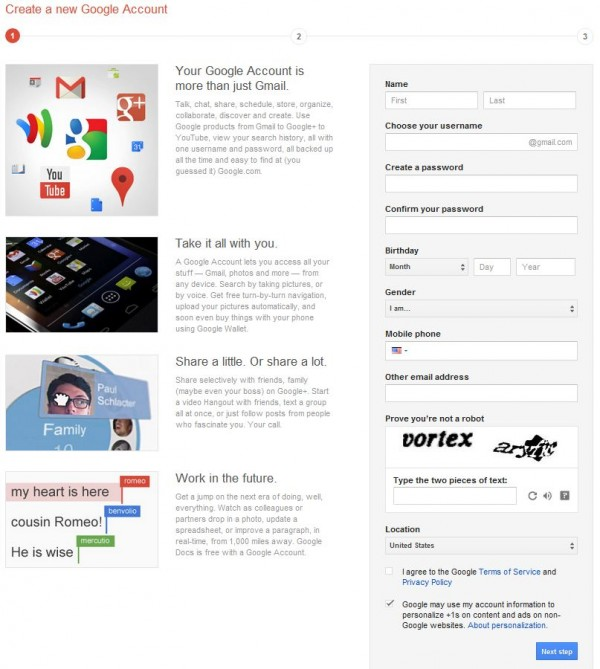 Previously, anyone who wished to register for YouTube, Gmail, or other Google products were only required to provide an existing email address or set up a Gmail account. Now, new Gmail registrants must also provide their name, birthday, and gender, and a Google+ account is automatically created with these other signups.

The updated registration form even includes an opted-in checkbox that allows Google to use users' account information for personalization purposes. After new users complete the form, they are then taken to a profile set-up page, which confirms that new users will also be added to the social network.

While Google is guaranteeing an increase in registered Google+ users by this method, more users will really only be valuable if they're active. I'd guess that many of these new signups won't even really care that they've also been added to Google+. Google will have to do more than just drive registrations if they want to collect the valuable social data they're after.

Why Marketers Should Care About the Growth of Google+

But yes, you should care. Particularly if you're a marketer. Especially still if you weigh in the fact that it's not really about the individual power of Google+ as a social network. It's about how Google can leverage the social data of Google+. As we discussed earlier this month, Google+ is changing the web, whether you like it or not. And the more users Google+ attracts, the more social data Google can collect.

Not a believer? Consider the powerful changes we've already seen Google make since the dawn of Google+:

Google+ is obviously impacting search, but it's also giving Google the leverage it needs to dominate the web. Even if just for the search component, businesses can't afford not to jump on the Google+ bandwagon. If you haven't already done so, create your Google+ business page today and start optimizing your business' Google+ presence.

What do you think about the growth of Google+? Are you still putting off creating a Google+ business page?