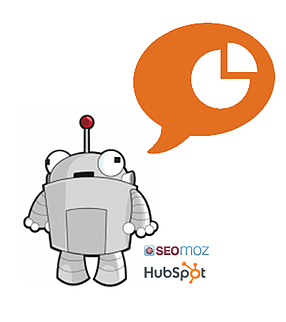 Are you hip to the current state of search engine optimization, internet marketing, and the marketing profession? In partnership with HubSpot, SEOmoz will soon release the results of its 2012 SEO & Internet Marketing Survey, in which more than 6,400 online marketers answered 54 questions about the state of the industry, their companies, and their work.

But even as the broader economy seems to falter, many companies leveraging internet marketing are growing and thriving, and the survey gives marketers a deeper look into the current state of a fast-moving industry. In fact, HubSpot Founder Dharmesh Shah and SEOmoz CEO Rand Fishkin will join forces for a live webinar this Monday, August 20 at 1 PM EST to discuss the full survey results (will you be joining them?). But before they do, we wanted to give you a sneak peek at some of the survey data to wet your appetite. In this post, we'll share some of the survey's key findings.

Not surprisingly, social media is a hot topic for online marketers in 2012. When asked about the services in most demand over the past year, social media led the way, with 72% of respondents reporting increased demand. 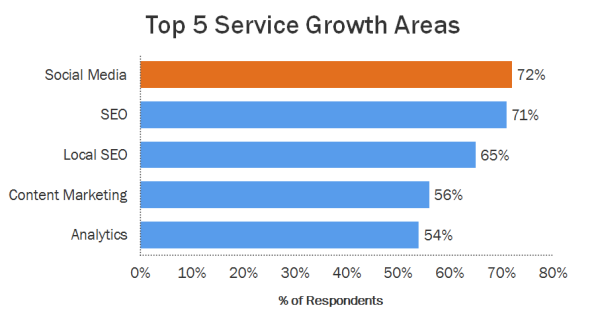 Social media actions topped the list of tactics, too. The most popular inbound marketing action for 2012 was setting up a Facebook business page (76% of respondents). And setting up a Google+ business page was close behind (64%).

Google+ Is Holding its Own

While Facebook leads the way among the top social media sites used by marketers (88% of respondents) and Twitter isn’t far behind, Google+ also makes a strong showing, pushing itself into the #3 spot. 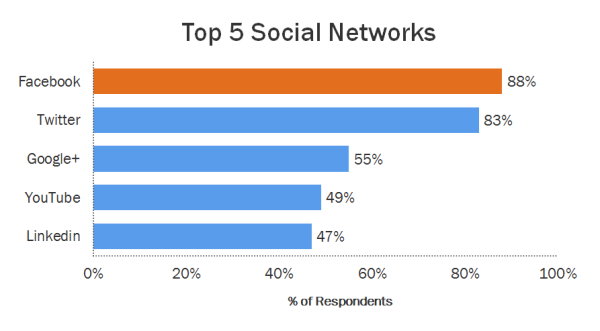 Another newcomer, Pinterest, also worked its way up, making it into the #7 spot (21% of respondents). And video is clearly still alive and well in 2012, with YouTube coming in as the 4th most popular social network with our audience.

Of course, not everything changes. Despite the hype over infographics and other new content categories, traditional forms of inbound marketing content still ruled the top 5. 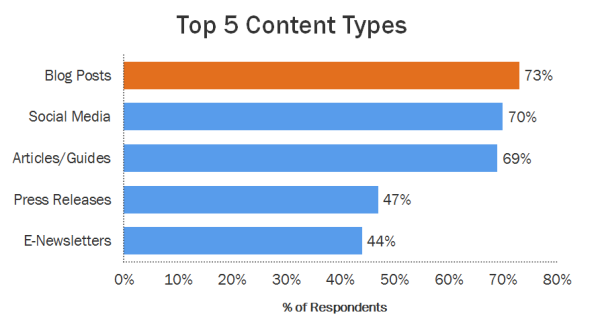 In fact, infographics came in at #8 (26% of respondents), trailing behind video and traditional, image-based content (such as photographs). Old standbys like guides and press releases are still popular in 2012.

Did any of this data surprise you? To learn about the full survey results, be sure to join Rand and Dharmesh for their live webinar, "The State of SEO and Internet Marketing in 2012," this Monday, August 20 at 1 PM EST. Register here!

This is a guest post written by Dr. Peter Meyers (“Dr. Pete”), a cognitive psychologist, online marketer, and occasional rogue scientist at SEOmoz. You can find him on Twitter @dr_pete, because he still doesn’t understand how Pinterest works.

How To Make Your Own Ecommerce Strategy

Everything You Need To Know About Google Web Stories