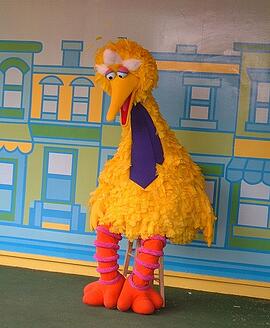 Newsjacking, if you're not familiar with the phenomenon, is the concept of riding the popularity wave of a news item for some kind of business gain. And what's bigger right now -- in America, at least -- than the presidential debates?

Well, as it turns out, Sesame Street's Big Bird is a close second. That's because the folks at PBS have pulled a killer newsjack, riding the waves of the presidential debate. More specifically, riding the giant tidal waves that ensued on social media when Mitt Romney said that, while he loves Big Bird, he still wants to cut government funding for PBS.

What happened next was a veritable firestorm of support across social media, particularly Twitter, with memes and parody accounts rising up to defend everyone's favorite yellow bird.

But all of that came from other people. In other words, PBS had nothing to do with the outcry. Until now.

How PBS Newsjacked the Presidential Debates

According to Mashable, PBS decided to embrace the firestorm and pulled the trigger on an ad buy on Twitter for the phrase, "Big Bird." Now, if you search for "Big Bird" on Twitter, you'll see a PBS advertisement. Take a look:

The tweet, "PBS is trusted, valued and essential. See why at valuepbs.org. (please retweet!)" encourages people to go check out their website that educates readers on why PBS is such a valuable organization. Here's a snippet: 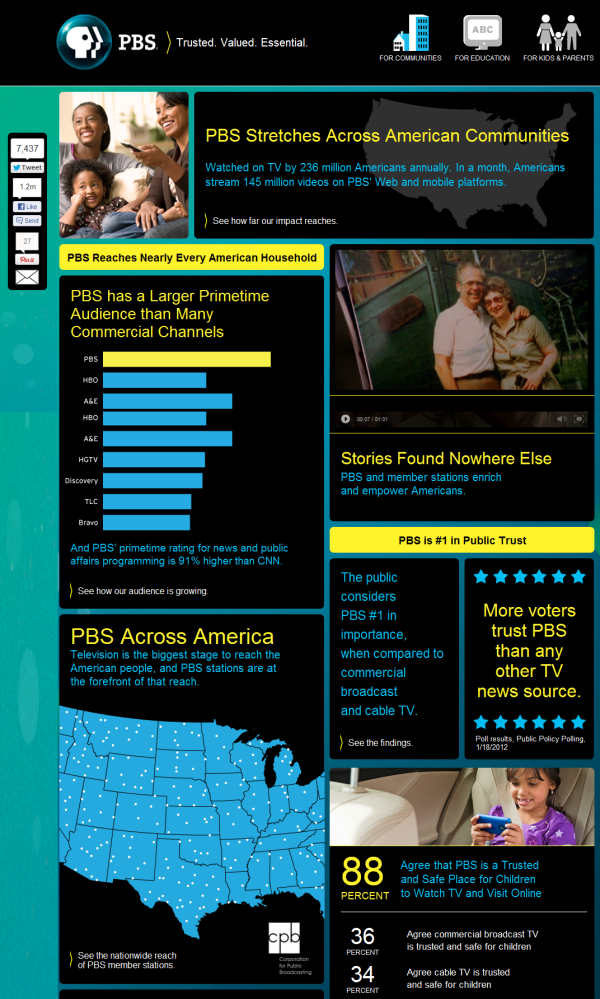 Why The Big Bird Newsjack is Awesome

First of all, I love that this newsjack considered the proper channel. The bulk of the backlash to Romney's Big Bird comment took place on Twitter ... so what better place for PBS to headquarter their newsjack? They also took a cue from our resident social media scientist Dan Zarrella and included the copy "please retweet," realizing the importance of making this newsjack of theirs go viral on Twitter. They even included social sharing buttons -- which data shows lead to 7X more mentions -- on the webpage they direct people towards! (Which, as of writing this post, has received over 7,000 shares on Twitter alone.)

But it's more than just the proper channel that makes this newsjack great. I love that the call-to-action in the tweet points towards educational content. And that content isn't just a large, dense chunk of text. When you look at that page, you see that they actually invested the time to come up with really interesting statistics that help prove the value PBS has as an organization -- the value they have to the reader. They've really stepped up their visual content game, too, with data visualizations and even a video playing in the top right corner of the page. They also recognized the importance of aligning that page with their tweet, which is why you see the same copy occupying the heading of the page as you see in the tweet!

But there's something about this newsjack that is pretty amazing besides the excellent marketing execution. I think there's a bit of a statement we marketers can take away from the fact that a non-profit organization is:

PBS is showing that they not only believe in social media as a powerful marketing tool, but they're willing to experiment with "scarier" new things like Twitter ad buys. It's also a little ironic that they're spending money on advertising to newsjack a comment about how they should lose government funding ;-)

And like any good newsjack, this one is wicked timely. It's refreshing to know that a big organization -- and a non-profit one at that, which is typically thought of as restricted by bureaucracy -- is remaining agile enough to newsjack. And they do it effectively. If PBS can do it, marketers, so can we!

What do you think of PBS' newsjack? Have you seen any other great newsjacks of the presidential debates?