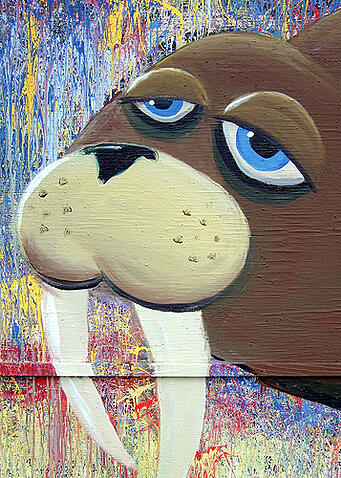 As the former dark horse of the marketing world (I think we're past those days though, right?), social media has had plenty of time to accumulate some big, cuhraaaazy myths. Myths some marketers have held onto because, well, it's just kind of hard to keep up to date on what's really going on with social media.

So I donned my walrus mustache and beret (any Mythbusters fans out there?) and drudged up some of the most common social media myths out there ... so I could officially bust them in this blog post. Let's dive in to some social media myths we've all probably heard around the water cooler, and explain why they are now all officially BUSTED!

1) My customers aren't on social media.

Poppycock. Facebook has 1 billion active users, according to Yahoo! Finance. TechCrunch reports Twitter has 170 million active users, and Google+ has 100 million. You're telling me your customers aren't using any of those social networks? Or Pinterest? Or LinkedIn? Or YouTube? Or Quora? Or Meetup? Or ThirdAge? I can keep going ...

Just because I can name a lot of social networks, doesn't mean I should set up a profile on all of them. By all means, research other social networks. Set up a company profile or page and give 'em the old college try. But you may find that some of them aren't really worth your time. That's alright! The best marketers use data to identify which marketing activities yield the best results -- if a social network isn't helping you out, cut it loose.

For a little help evaluating the usefulness of new social networks, reference this blog post, "8 Questions to Evaluate Whether That New Social Network Is Worth Your Company's Time."

If you went through that new social network evaluation I just linked you to and you think it's dumb, alright, I believe you. But don't discount the tremendous SEO value in Google+. Posts from Google+ are being indexed in the SERPs, and authors' Google+ profiles are showing up next to those results and improving clickthrough rates on listings. Even if you're not seeing a lot of engagement on Google+, you might see a bump in your organic search rankings as a result of your activity there.

It is totally awesome for B2C marketers, to be sure. But usually when someone says a channel is only for B2C, the B2B marketer in me takes that as a challenge to prove it's not so. Turns out some of my colleagues feel the same way, because one of them wrote an epic blog post detailing exactly how B2B organizations can get value out of Pinterest. You can also check out the accounts of brands like GE, Microsoft, Econsultancy, and yours truly for some B2B Pinterest inspiration!

5) I should only try to get fans and followers that will become customers.

Quality is important, yes, but don't underestimate the power of a large social reach. Remember some of these points next time you bemoan acquiring a fan or follower that lives outside of your sales territory or target demographic:

Learn more about why you need social media fans and followers who won't even become customers in this blog post.

That might be when your community manager works, but that doesn't mean it correlates to when people are using social media. Not exclusively, anyway. Our social media scientist, Dan Zarrella, found out that you might actually have more success if you embrace contra-competitive timing. 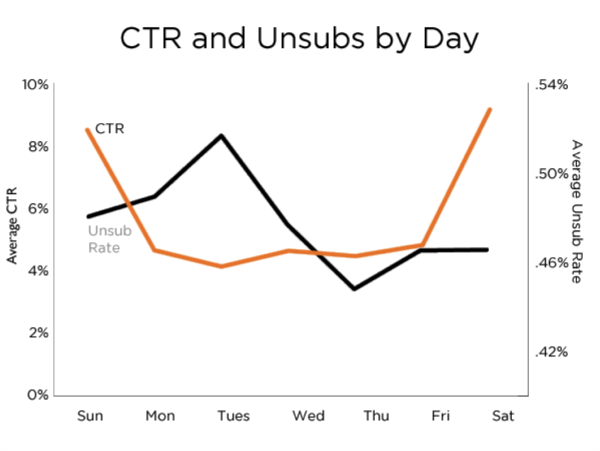 7) If my friends and family Like every update, my social presence will rock.

You can't just have your mom and uncle Like every post you put up on Facebook. The EdgeRank algorithm is a liiiiiittle bit more sophisticated than that. You need a variety of people interacting with your content -- both to grow your reach, and to show up in users' news feeds!

8) I have to respond to social activity immediately.

There's no doubt a speedy response is appreciated, but it isn't always required. People understand that you're running a business. There are other things going on. If you get back in a timely manner, but not in mere seconds, it's alright.

There are exceptions, of course. For instance, Verizon runs a few Twitter accounts ... one is exclusively for support. The people who manage that account should be responding immediately to inquiries that come in, because, well, it's the whole point of the account.

9) Social media is all about engaging conversation.

It's not that conversations aren't important. I mean, you can't just ignore your fans. And it's awesome to stimulate conversation among your fans and followers! It's, you know, engaging. But it's not the be-all, end-all, of social media marketing. Take a look at this data from Dan Zarrella, for example: 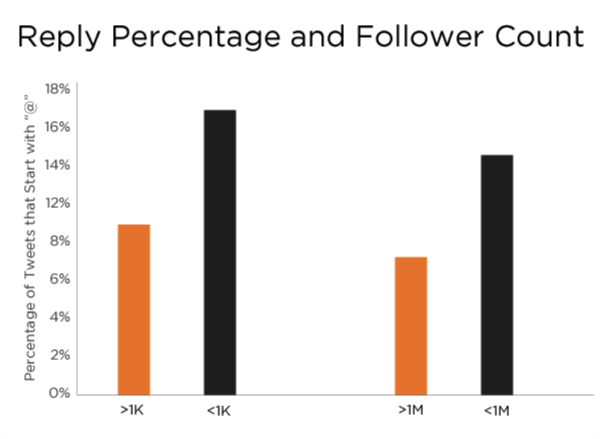 It shows there isn't necessarily a positive correlation between the percentage of tweets that start with @ replies, and the number of followers these Twitter users have. Consider that social media is also (gasp!) a lead generator! If you share valuable, lead generation content, it won't necessarily stimulate conversation ... but people might eat it up. And so will your leads database.

Piggybacking off of the social-media-is-more-than-engaging-conversation thing, you can actually generate value beyond just "engagement" and "brand equity" from social media. Social media drives leads and customers, period. Don't believe me? Here, I have a couple ebooks for you:

Oh, and a few stats from our own research, too:

The content you publish in social media should always keep your target audience in mind -- but that doesn't mean you can't also publish content that shows your brand's personality. Or, frankly, even your community manager's personality. There are people behind your company; don't be afraid to show that with your own special brand of humor, pictures of people that work at your company, and links to news content that you find particularly entertaining ... even if it's not directly related to your industry.

The point of hashtags is that they join together common conversation threads. So while it's nice to have a hashtag for an event, like a webinar or a trade show, don't lose your mind if it doesn't become a trending topic. It's not necessarily going to blow your leads goal out of the water if it does ... think of hashtags as a way to be more user-friendly for those following the hashtag, not a way to make all your marketing dreams come true.

One social media monitoring scenario: Glue your eyes to your computer screen, open 5 tabs for each of your social networks, chug three espressos, click between tabs and hit refresh like a maniac.

That second one takes you, in aggregate, maybe 30 minutes a day. No big deal. Everybody breathe. Everything's gonna be alright.

14) Your social media manager should be really young, they're the only ones who "get it."

And the flip side to this absurd debate is that you could NEVER hire a young social media manager -- you need someone who has been working in the industry for years!

There's been a debate raging on the internet about whether it's better to have a 21-year old social media manager who can't remember a time before Facebook, or someone a little more seasoned. It's a ridiculous debate. Being good at social media marketing has nothing to do with whether you're 21 or 41 -- you can learn the tools and strategies at any age, and muck 'em up at any age, too. Instead, focus on finding someone who is both creative and analytically minded to manage your presence -- with a flair for dealing with people, of course.

15) Social media is only for young people.

Those young kids and their newfangled myfaces and twitbooks!

That's not really an accurate picture of social media users these days. If you think the only people using social media are millennials -- and they're just not part of your target audience -- think again.

16) Social media is just a "get found" channel.

By "get found" I mean it's only good for driving traffic -- it doesn't address the next stage of the funnel, where you have to convert and nurture those leads into customers. Not true! So not true, in fact, that we've recently rolled out a new feature in HubSpot's software called "Social Contacts" that lets you use the data you've collected about your leads based on their social media profiles and interactions, and segment and nurture them with it.

17) I don't have enough content to feed the beast.

The thing with social media is that it moves really fast ... so the things you put up there go away really fast. You can think of this as a problem -- I don't have enough content to post! -- or remember that because social media moves so fast, you can repurpose content all the time. Because people missed it. Or forgot about it. Or it's evergreen content, so it's always useful! This doesn't mean you should share the exact same link and update commentary day after day, but if a few weeks go by and you want to re-promote an evergreen ebook, then hey, go nuts! Just do your loyal fans a favor, and find a new interesting nugget of information to call out in your update.

They already have a venue, and it's called the internet. You not putting up a Facebook page isn't protecting you from their angry wrath.

Instead, get ahead of the conversation by being aware that it's taking place. And if you need some help dealing with those negative nancies, well, we've got a blog post that will walk you through the steps to calm her (or him!) down.

19) Social media is too fluffy to have solid metrics around.

Unless you have closed-loop reporting, that is. Again, social media isn't about fluffy things we talked about earlier, like "brand equity" and "engaging conversation." Yeah, those things ** happen ** but it doesn't mean you can't measure the effectiveness of your social media activities. With closed-loop reporting, you can identify exactly how much traffic social media drives to your website, how many leads social media generates, and how many of those leads become customers. From there, you can even calculate things like the average cost-per-lead and customer --- across individual social media networks, and in aggregate -- just like you do with every other marketing channel (right?).

It's free to join, but it's still a resource investment. Yes, it's often cheaper -- according to HubSpot's 2012 State of Inbound Marketing Report, 45% of marketers cite social media has a below average cost per lead, surpassed only by leads generated from their blog. But just like any other marketing channel, you'll have to invest some resources behind social media marketing ... and to really make it take off, it's only natural you'll have to up that investment. But, I am confident that investment is worth your while!

What other social myths are out there that are totally bunk? Any other myths you'd like busted?

Snapchat vs. TikTok: What Marketers Need to Know

The 18 Most-Followed TikTok Brands and Influencers