The Do's and Don'ts of Using Vine for Marketing 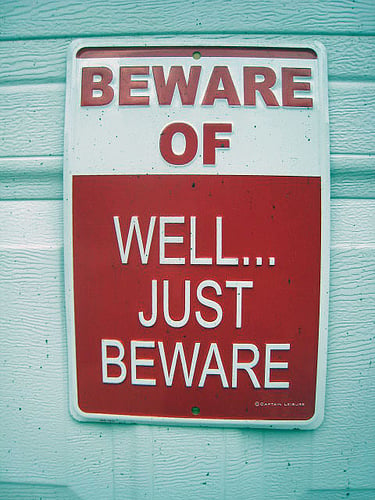 Vine. It’s the latest social media feature available on Twitter. Released on January 24, companies have already started to cozy up to the new, six second video feature as part of their social media content strategy. With it being so new, however, it may be difficult to tell what the best practices are. I mean, what's working? What's not? Any guidance here, people?!

Well, the good news is, a veritable Vine flop isn't going to do your brand a ton of harm -- unless you're like, incredibly offensive or something. But shooting videos can seriously stress marketers out sometimes (Who has the equipment? How do I turn this thing on? Should I write a script? Does it look blurry?).

So, a little guidance is what we're here to give. Because while we love to encourage experimentation in your marketing, we hate to see you waste your time. Here's what some brands have been doing that people seem to love, and some of the things that really are best to avoid when using Vine. Take a look, and share your own Vine learnings in the comments so we can all figure this thing out together.

What Doesn't Work With Vine

Before we jump into what seems to be working really well for marketers using Vine, let's get the no-no's out of the way. Here's what doesn't work when using Vine for marketing.

With only six seconds to get your message across, you have to really have your ducks in a row before you start filming. That means you have one point you're trying to get across. Ask yourself before you start filming -- what's the point of this video? What should those who view the video walk away understanding? Just because it's a short video doesn't mean you're exempt from hammering this out; in fact, it makes it even more critical to go through this exercise. It's a lot easier to be verbose than succinct. We don't want to pick on any brands too hard, so instead of embedding a bunch of Vine tweets that are guilty of this, we'll just give you a couple safeguards to follow to prevent this issue:

On that note, let's discuss why it's important to KISS with Vine. It's because Vine is a six second video. Sometimes, you need more than six seconds of footage to communicate an idea. If that's the case, step away from the Vine app! Don’t try to fit what should be a 60 second video into six seconds of content -- you have YouTube for that ;-) We think The Gap is big enough to handle being called out here, so we'd like to use this Vine video from them as an example of a video that could have benefitted from a little more than six seconds of air time:

From the past to present, the labels tell the story of our 1969 jeans. #denimevolved vine.co/v/bvP0zgpe9Oa

Gap's video shows clips of jean labels from more than 40 years -- a really cool idea -- but they try to show so many videos in six seconds. The end result is an overwhelming number of clips to consume in too short a time span. I mean, you can't really discern the difference between any of the jean labels over time. A better way to structure this video would have been showing less labels in the video, perhaps spanning just a decade or pre-2000s so viewers could really see the labels, or just using another platform entirely for the video.

There are many companies like who like to have specials for their valued customers, or may even be members-only type companies -- think Gilt Groupe, for instance. For companies like this that want to give their audience a VIP experience, Vine may not be the best option. Vine is public to everyone who wants to watch the videos, and they can share the Vine video on other social media platforms and send the videos around to other groups. That means it's important your videos are appropriate for anyone to consume, even if they can't really "use" the information in them.

You could turn these lemons into lemonade, though, by using Vine to encourage other people to apply to be a member or user of your service or product! That means maybe you put out some teaser content that shows the value of signing up for your product or service that entices a wider audience to learn a little bit more about what you do.

Often, businesses want to jump on the latest social media trend without thinking through whether or not it makes sense for their business. Before you start taking the time to dedicate your company to using Vine, think about whether or not it's worth it to you company. Take a look at some of the other companies using Vine and see if you think your company will find the same success as they have. It isn’t worth incorporating a new social media feature into the already cluttered mix just for the sake of saying your company uses it. I think we've all seen personal users and marketers alike uploading videos of total nonsense just to say, "Hey! Look! I'm using Vine!" Avoid this, and remember that it's important to have a purpose for the content you're putting out there.

If you're having trouble figuring out whether Vine is right for you, I'd recommend two courses of action:

If after running a few experiments in which you post videos, evaluate their effectiveness, and iterate on subsequent videos to make improvements, you find that Vine isn't doing anything for you ... stop. And of course, if you're simply using Vine because it's the hot new thing and your videos aren't communicating anything of value ... well, stop that, too!

What Does Work With Vine

Now that we know what to avoid, let's get into some actionable advice you can apply right now to your Vine marketing. Here's what seems to work really well for marketers using Vine.

Do Give Followers a Sneak Peek

When you have six seconds to show your audience something about your company, it better be worth it. For companies about to launch a new product, service, or piece of content, this could be a great opportunity to give the public a sneak preview of what you're releasing without giving away the farm, so to speak.

For example, People magazine gave a sneak preview of their latest edition to get their Twitter followers excited about the content, but without giving away so much information that someone wouldn't even need to buy the magazine. Take a look.

This video works because it focused on the visual -- a hot bod -- which is easier to process quickly. Plus, it injects a little humor into the thing, using sticky notes to slowly unveil the man's  chiseled chest, and stopping before the whole image is unveiled.

No matter what industry you're in, there's an opportunity for you to give a sneak peak into the great stuff you're working on behind the scenes. It helps build anticipation, and you might find showing people instead of telling them builds a greater sense of excitement.

Do Humanize Your Brand

Companies should come across as social on social media, so if you can find a way to make your brand sound more human, more relatable, that's a big win. And as it turns out, seeing people via pictures and video is a great way to achieve this humanizing effect! Cuz, you know, people can see humans. Pretty straightforward.

Vine provides a natural opportunity to do this by featuring snapshots of your company's employees, whether at work or at play. BuzzFeed has really adopted this mentality with their Vine videos, trying to get readers a glimpse into their quirky and relaxed culture. When Vine was first released, they created this video showing some of their employees working ... and some others dancing.

Anyone who follows BuzzFeed knows that their articles sometimes talk about the news, but more often, you come across fun articles that let people reminisce about their childhood or laugh about a current event. You know, feel-good stuff. This Vine video gives them another way to show that the fun and irreverent attitude you find in their content is present in their company culture, too.

Do Demonstrate a New Product or Service Feature

For companies frequently launching new product or service updates, Vine can be a great way to show users how the new releases work. Even though some people may need to see more information than what you can share in six seconds, the shortened version can often be the reminder they need that something new is available, and they should go learn more. Here's an example of this from Tech. magazine.

So earlier on we showed off the cover...but here it is in action, courtesy of new Twitter Video service Vine. vine.co/v/b5FgPUL5LAg

As you can see, Tech. used the Vine feature to demo their new iPad app -- and the super cool cover that comes with it! This is a great application of Vine, because when it comes to apps, people want to get a quick idea about what the app does and why it might be useful for them. Hence, using Vine to quickly (as if there's any other way) showcase what their app does is an excellent way to promote more downloads.

Remember, you probably can't demo everything in six seconds, but you can highlight the one, two, or three features that are the coolest, and will get people interested in learning more.

Do Have Fun With Audio

When Vine videos start playing, the default is to have sound muted. Thank goodness. But that doesn’t mean sound shouldn’t be used at all. Sound can add a lot to your Vine videos by lending some clarity to what’s going on in the video, highlighting your company’s message, or even giving your company’s executives a chance to address the social media community. In fact, we held a Vine chat with our CMO, Mike Volpe, just a couple weeks ago. You better believe sound helped ;-) And of course, it helped Jimmy Fallon in this Vine video, too:

Fallon went meta with this video, commenting on the problem with looping vine videos. If you're ever tried to unmute a Vine video and understand what's going on, you know what I'm talking about.

Even if you aren't looking to have your Vine videos be funny, sound is a great tool to use. If you're showing a demo, it always helps for someone to explain something. If you are giving a tour around your company, it is helpful to give a fun fact of your office. And you know what? A little background music never hurt anybody! It might even help you establish the right tone, so you can get your message across even easier in that short time span.

Do Introduce Your Followers to Your Company

Finally, Vine's an excellent way to tell people who the heck you are. What do you do? What are you all about? Use Vine video to give people a taste of that. We took advantage of Vine video by introducing our followers to the HubSpot co-founders, Brian Halligan and Dharmesh Shah, and showing off some of the new swag, our new tagline, and our logo.

Any company can use Vine to showcase their company. Whether you're giving an office tour, interviewing employees, or showing what it is like to be in the office, viewers will appreciate the chance to get to know you a bit better.

What else have you found works -- or totally doesn’t work -- with Vine?