Social Media Over The Past Decade [Infographic] 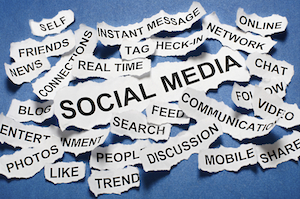 While researching this article, I posted on Facebook about what I was working on. Something I wouldn’t have even thought about ten years ago; social media wasn’t even on my radar then.

Today, it is so much a part of our lives that I wonder (and hope) that this is something that you will share in your own social media feed.

To think of what “might be” a few years from now is barely fathomable but really exciting! I remember listening to the keynote speaker at the 1990 Seybold Conference talk about how books in the future would be enjoyed on electronic readers, and thinking, “not in my lifetime would electronic readers replace printed books.” We all know how that turned out.

Let’s go back and hit the high points from the past ten years. Below is a visual infographic timeline followed by a more detailed look at each year! Pay close attention to the ones that were launched in 2012; some of them have a lot of potential to be game changers!

Although there were a couple of social media sites before, the Facebook was launched for students at Harvard College. At the time, it was more of an “also ran” being tagged as a Friendster for college students.

MySpace also launched this year and reached one million users in a few short months.

Digg was founded as a social news site for people to share news stories they found on the Internet.

LinkedIn, a social network for business professionals, launched the year before and was still finding its way.

TheFacebook becomes just Facebook and launches a high school version. Seeing the limitations with high schoolers, it expands membership to the employees of several large companies.

YouTube.com is activated in February and the first video, Me at the Zoo, was uploaded on April 23.

MySpace was (briefly) the most visited website. However, it was quickly being eclipsed by Facebook, which opens registration to anyone 13 or over with a valid email address.

Tumblr, another microblogging site, is launched and within two weeks has 75,000 users.

Social media becomes a key factor in the presidential election.

Foursquare, a location based social networking site, is launched with limited availability.

Foursquare changes its service to allow check-ins from any location.

Google’s Buzz is abandoned in order for them to focus on Google+.

Google+ launches with much anticipation and by “invitation only”.

Google+ is open to everyone. (No invitation necessary.)

Snapchat is launched allowing users to send photos or videos to friends with a set time limit for viewing (typically 1-10 seconds).

Vine video sharing service is founded and acquired by Twitter prior to its official launch.

Pheed is launched, a subscription based social media platform, gives users the option to monetize their “pheeds”.

Medium, a blogging platform that was originally a private social network for established writers and thought leaders, is now open to everyone.

Viddy, video based social media sharing, begins to gain traction. Due in part to the popularity of Instagram.

Atmospheir (you had to know this was coming) is a social media contact manager that separates your personal from your professional contacts and gives each contact a single ID under which everything is listed.

Learnist is somewhat similar to Pinterest (so it seems) but with all types of content: videos, articles, images and webinars.

Already thinking of how some of these new tools could help you reach your audience? So am I… Stay tuned.