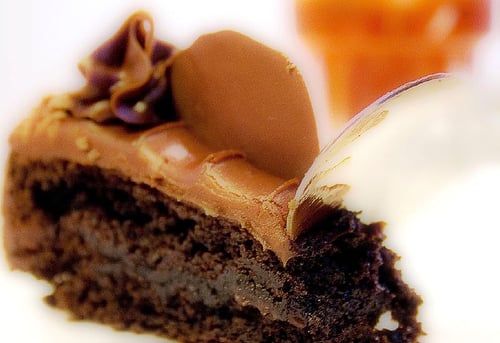 Newsjacking -- really great newsjacking -- isn't a piece of cake. It’s not as simple as taking a recent news story and randomly mashing it together with your industry -- a la “X Marketing Lessons From the Stanley Cup Finals,” for instance. But what if you had a formula that made it a little easier? 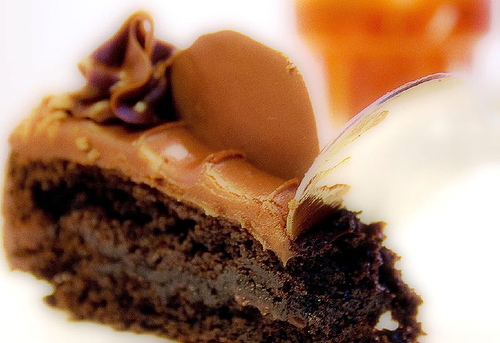 In the soon-to-be-released 4th edition of The New Rules of Marketing & PR, David Meerman Scott (best-selling author and HubSpot Advisor) added a whole new section about newsjacking that got us thinking about our own blog's newsjacks. On our blog, we often try to newsjack stories that could inform, and/or help marketers. And after regularly newsjacking for a while, we noticed that we often created stories that fall into four distinct patterns: the immediate bare-bones story, the delayed recap, the delayed surface analysis, and the fashionably late deep analysis.

So while you may already know how to newsjack, you may not be aware of the story options available to you -- and how they might affect your marketing. So here are the four main ways you can newsjack with your business blog. We’ll show you how choose the right post for your team structure and news scenario, and even give you some idea of what kind of metrics you can expect at the end. Let’s get to it.

You’ll recognize this type of story right off the bat -- it has the facts and not much else. If you’re trying to break news or jump on a story as it’s breaking, this is probably the way to go.

Truth be told, we don’t normally do this post on our blog … we always try to include some marketing takeaways in our newsjacks. But, it doesn't mean this style doesn't work for other bloggers. If you want to see this type of post, check out this Mashable story. This type of story has a singular angle: something happened, and let me tell you about it. No extra insights, no guides to help you get started, nada.

Sometimes, when you’re newsjacking, it’s about being first -- as long as you’re accurate, you just need to get a story out the door to make the most of it. If you’re first to break a story, you’re going to get the links and coverage down the road. And, once you publish, you might be able to go back and add details to the article to reap even more traffic.

It’s also probably the trickiest way to newsjack. You need to be constantly monitoring the underbelly of the internet to find stories before they break … and then publish them before someone else can. To increase your publishing speed around planned events, you may want to pre-write or outline a story before the news even breaks -- many media publications do this to increase publishing speed. To publish these types of stories, you probably will need to have a large, yet nimble team to make sure you aren’t missing out on breaking news, as well as someone to fact-check so you don't break fake stories and hurt your credibility.

Results from this story can go two ways -- if you have the right audience for this content and you publish before others can, you could be at the forefront of the news wave and break the news for other media outlets. If you miss the opportunity to publish earlier than other blogs and media companies, you could also get lost in the sauce. This is definitely a tricky solution if you’re not a full-time media company, but your readers may appreciate this type of story if they aren’t monitoring other media outlets.

Appearing a few hours after the news breaks, the Delayed Recap gives a detailed overview of what happened in the news as well as a few takeaways for your readers. While you may not be breaking the story yourself, you differentiate your story from the rest by offering your perspective on the news as well. You aren’t just answering the 5 W’s -- you’re also providing unique takeaways for your readers.

This is the type of newsjack we do most often on the HubSpot blog. You can see we did this type of newsjack a few weeks ago when Facebook launched hashtags. We outlined what happened in the launch and then provided some hashtag tips for marketers -- you wouldn’t find that angle on the other breaking news stories.

This type of format is a great way to create content quickly, but still provide value for your audience. If you have a small team with limited resources -- but you’re also quite nimble -- this is a great option for you. You’re giving your readers the best of both worlds: the hard facts and a little perspective from you. After all, they follow your blog for a reason!

Like with the first story format, you’re going to want to monitor the news fairly closely with email alerts or an RSS … but it’s probably okay if you’re a couple hours late to the ballgame. What we do is check the news in the morning, midday, and at night for any breaking stories, then immediately go into newsjacking mode if we find something applicable.

This type of coverage follows Scott’s newsjacking model -- by framing the story with a new takeaway or opinion fairly close after it breaks, you can catch the news wave before it really takes off. I’d expect this type of post to get more attention through inbound links -- not necessarily press coverage -- unless your takeaways are life-changing. (And if your takeaways are really that insightful, you might be better off skipping the recap and just writing this next story format.)

Think of this newsjacking format as the blog version of a quick-hitting op-ed -- you may not have had the time to research and present all angles and perspectives, but you provide a clear point of view on a newsworthy event. Just like newsjacking format #2, this type of post is quickly put together after the news breaks … but instead of recapping the details of the news, you dive right into the analysis.

If you want to see this in action, check out the post my colleague Dan Lyons wrote about the Yahoo-Tumblr acquisition. In the post, he took a unique, definitive side on the issue … and we ended up getting a call from BBC to speak on an evening show. Not too shabby for a 800-word blog post, eh?

If you’ve missed the first wave of reporting but want to get more press attention, and are not afraid of taking a definitive, perhaps controversial stance, this type of newsjacking works like a charm. Like with the previous type of newsjacking, this type works on both large and small teams if you have the resources to devote to the initial research and writing, and potential press coverage.

Keep a look out for those two-sided stories and put forth an interesting stance. People love to hear a passionate argument for one side of the other, and you can stand out from the crowd in this newsjacking approach if you have a unique perspective. Be sure to check with your internal teams before publishing to make sure you’re still aligned with your company’s core values … but, remember, it’s okay to be a little controversial sometimes.

This type of coverage also would fit into David Meerman Scott’s newsjacking model -- but probably attract more press coverage than newsjacking format #2 because it is a unique opinion. The press will have already written about what the update is. Now, reporters will want to feature stories about why people should care. So help them out with that story by writing it yourself!

So you’ve missed out on the news … now what? Though you may feel like there’s no reason to create content anymore, there’s actually one more option: the late, deep analysis.

Instead of trying to hop on a story within a few hours, you sometimes can wait days, or even weeks to jump on the trend if you have the right angle. We’ve used this on the HubSpot blog quite a few times -- most recently after the Penguin 2.0 aftermath.

In this format, you’re not worried about being too timely -- you’re more concerned with having an awesome angle on the story.

This type of post works especially well for news stories that have long lifespans, which are usually ongoing changes or trends. The Penguin 2.0 example is perfect -- since the SEO implications were long-term, it was still timely to have it on the blog. This type of newsjacking is great if you have a tiny content team that doesn’t have time to monitor every single breaking story. You can see how a story plays out, and then add your own perspective to it if the story is still worth talking about.

First things first: acknowledge that the story happened and then move on quickly. No need to rehash the story as most people have caught up to it. The meat of your story -- the newsworthy part -- is your angle, so be sure that it hasn't been covered already. If you end up waiting too long, then copying someone else’s post idea, your newsjacking attempt will flop.

If your angle is creative, you’ll most likely get a ton of inbound links, shares, and comments. The press may feel like it’s a little too late for its 24/7 news cycle, but you might get picked up by other niche publications -- which could still send your site a ton of traffic. By not competing with all the other sites on the internet to publish first, you may win out by having a really thoughtful perspective on a news story.

Do you newsjack regularly on your blog? What techniques do you use to make the most of timely events? Share your experiences with us in the comments. If you’re not newsjacking just yet, be sure to check out David Meerman Scott’s 4th Edition of The New Rules of Marketing and PR.