The Ultimate Guide to Bitcoin

Discover what Bitcoin is, how to get and store bitcoins, and how they can benefit your business 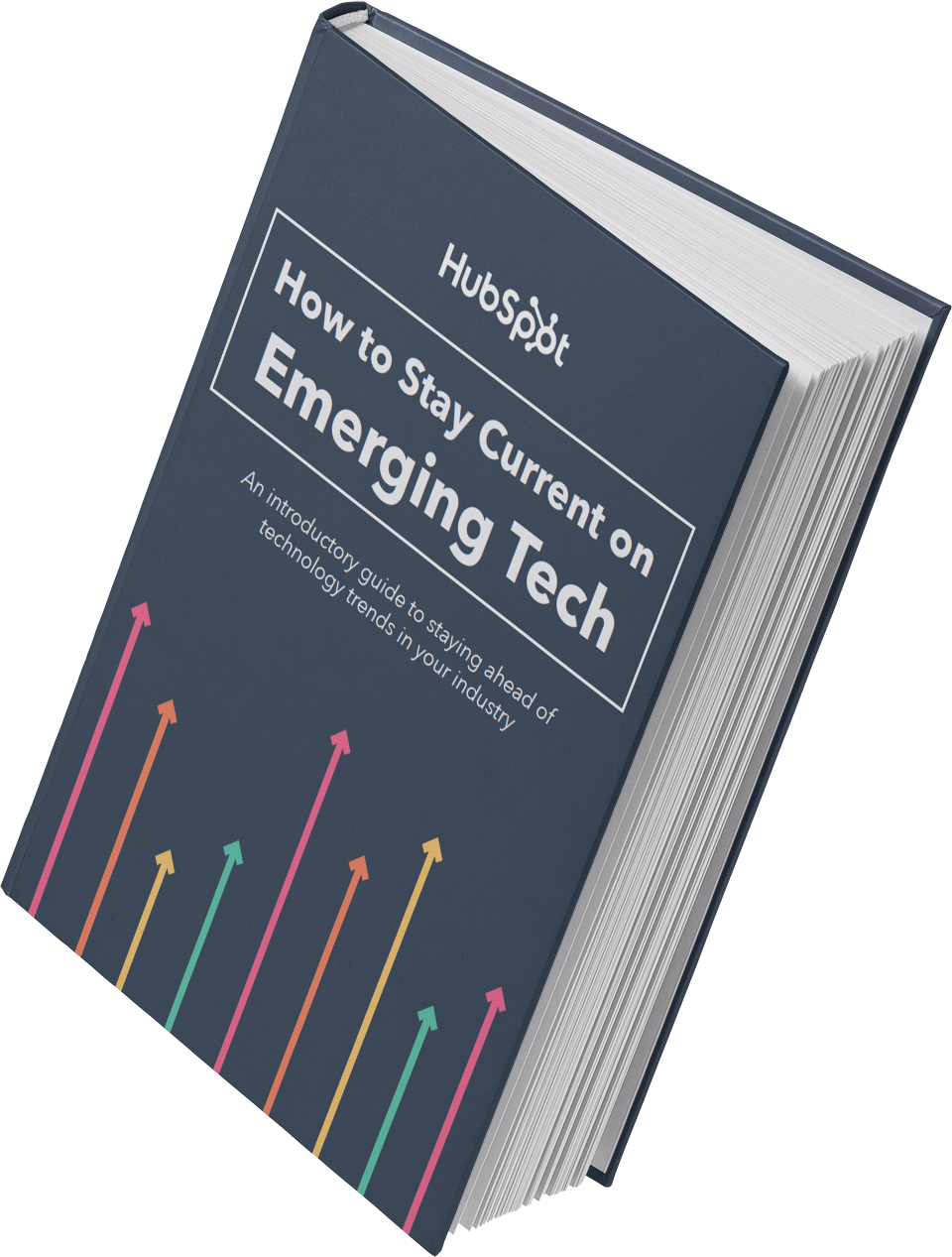 How to Stay Current on Emerging Tech

Tips, systems & recommended resources to keep your business ahead of the tech curve.

The first official purchase made with bitcoins was of two pizzas in Jacksonville, Florida — sold for 10,000 BTC. Today, that amount is worth about $33.7 million — and Bitcoin owners are purchasing a lot more than pizza.

Over the past decade, Bitcoin has become an albeit invisible commodity in our society. It offers greater security and lower transaction fees for consumers and businesses alike and holds the potential to equip a global economy.

As business owners and merchants, we should be familiar with Bitcoin, and how to get it, store it, and use it. That’s why we built this guide.

Below, you’ll read about the history of Bitcoin, how to procure it, and how to store and use it. Use the chapter links to jump ahead.

Bitcoin (denoted “₿”) is a both a technology and digital currency — commonly called the “currency of the internet”. Bitcoin isn’t controlled by a government or financial institution … so there are no banks associated with the cryptocurrency. Purchases and exchanges using bitcoins are made directly between anonymous Bitcoin owners on the blockchain; the system uses no account numbers, names, or other identifiers.

It’s no coincidence that Bitcoin was invented so soon after the housing market crash in 2008. With no corporate middleman or closeted transactions, Bitcoin leaves little room for corruption — something that can’t be said about other financial institutions.

It also cuts out unnecessary fees and makes it easy to transfer bitcoin funds all over the world.

Think about it. When you transfer money through banks or institutions, you end up paying a lot of fees … such as currency conversion fees, bank service fees, and deposit or transaction fees to payment gateways like PayPal or Stripe. How else would these institutions and businesses make money?

Bitcoin, on the other hand, is transferred digitally, directly, and anonymously. It puts the power back into hands of the buyers and sellers.

To make sense of this whole “digital currency” thing, let’s compare it to the very well-known and sometimes well-loved US dollar.

Bitcoin is a complex technology and currency. (Yes — it’s both.) To better understand this guide, here are a few Bitcoin terms to know.

Bitcoin capitalized refers to the currency and technology as a whole. When bitcoin isn’t capitalized, it’s in reference to the unit of currency. It’s also abbreviated using BTC or XBT.

Cryptography is the act of writing in or deciphering code. Its a type of mathematics and allows us to create secure transactions and online environments, i.e. “encrypted” accounts or wallets.

Mining is a metaphor for Bitcoin's proof of work system — where miners solve the math problems that validate every bitcoin transaction in exchange for bitcoins. These complicated mathematical calculations also increase security and subsequently release newly created bitcoins. It’s not unlike physical mining for gold or jewels, except it’s done using various mining hardware and mining software.

Mining is only one way — the hardest and most profitable way — for you to get bitcoins. The block reward for solving these math problems is 12.5 tokens. Like the US dollar, there’s a limited number of bitcoins floating around the economy. There are currently 15 million in existence … with a cap of 21 million, that leaves only 6 million more bitcoins to mine.

A private key is a confidential piece of data that verifies your right to spend bitcoins from a specific wallet. It’s like a Bitcoin password. Each wallet is associated with its own private key.

How to Buy and Earn Bitcoin

There are a number of ways to get, earn, and buy bitcoins for yourself. But just because bitcoin is purely digital doesn’t make it easy to come by. The below methods require your time, money, or both in exchange for bitcoin. Consider diversifying your collection strategies to bring in more.

Cryptocurrency exchanges allow you to buy bitcoin and other currency using credit cards, bank transfers, and even PayPal payments. The most popular online exchanges include Bitfinex, Bitstamp, and Coinbase. You can also exchange money for bitcoin in person at a Bitcoin ATM, retail store, bank, or directly with another person.

Simply share your bitcoin address with shoppers (in-person or online) and display a “Bitcoin accepted here” sign. Also, consider selling goods and services for bitcoin on sites like Purse.

These sites are called “bitcoin faucets” and essentially exchange bitcoins for time — time playing games, watching ads, or writing about cryptocurrency. While this is a legitimate (and seemingly easy) way to get bitcoin, the return on the investment of your time is very little.

If you already own bitcoin, you can put it to work for more. Consider lending your bitcoin and receiving interest payments. You can do this with a peer or friend or through a site like Bitbond.

Get tipped with bitcoin.

Sites like Bitfortip offer bitcoin incentives for all kinds of tasks and odd jobs. Some sites will tip in Bitcoin for taking surveys, answering questions, and sharing content.

Note: Bitcoin is extremely volatile. Its trading price can fluctuate hundreds of dollars in a matter of hours. While some people treat bitcoin as a daily currency, other people purchase bitcoin like they do stock, meaning they buy it, leave it alone, and only sell their bitcoins when the price skyrockets.

How to Store and Use Bitcoin

Bitcoin is unique in how it’s stored … you can’t quite tuck it under your mattress or toss it in a piggy bank. Instead, you use bitcoin wallets.

A bitcoin wallet is like a physical wallet. But instead of storing the currency itself, your wallet stores all your private key(s) which are linked to the bitcoins you can spend. Bitcoin wallets allow you to see your bitcoin balance and make payments to others.

Before you buy, earn, or collect any bitcoin, you first need to set up your bitcoin wallet. There are a few different kinds you can use. They differ by their storage method: “hot” storage is when your cryptocurrency is stored online, and “cold” storage is completely offline storage.

Software wallets include desktop, online, and mobile wallets. They live on your device, with some being cloud-based — meaning they fall under hot storage. Hot storage is great for quick access and easy transfers, but it’s also more susceptible to cybercrime. Also, depending on the type of wallet, it could be compromised if the device is destroyed.

Hardware bitcoin wallets live on an external device like a hard drive or USB. They’re accessible by plugging that device into a computer and logging in. These wallets are considered cold storage since data is stored completely offline.

Cold storage provides the best security and is best for large sums of bitcoin but can be intimidating to set up, inconvenient to use, and susceptible to physical damage, loss, or theft. Ledger, Trezor, and Keepkey are examples.

Paper bitcoin wallets are exactly what they sound like — pieces of paper containing your private keys. Instead of relying on software or hardware, which are susceptible to malware, cybercrime, and damage, you simply have to keep track of paper bitcoin wallets. These wallets are another type of cold storage and pretty easy to generate. Sites like WalletGenerator.net can help … all you need is an internet connection and printer.

How to Spend Bitcoin

When you set up your bitcoin wallet, you’ll create a public bitcoin address. It will look something like this: 1GV5Vye4LCfpkM9V5oFSQsZk8kq2vBxvCK.

To spend bitcoin, you simply share your bitcoin address for the recipient to decode using their wallet. At that time, the transaction is recorded on the blockchain for all other Bitcoin users to see.

Not sure where to spend bitcoin? There are over 100,000 merchants worldwide that accept bitcoin payments, including Expedia and Overstock.com. You can use bitcoin to do anything from booking luxury vacations to donating to charity.

Bitcoin is a largely unregulated, relatively unstable market and is notorious for scams. That being said, we recommend doing plenty of research before investing any large sums into Bitcoin.

Great opportunity and great risk go hand-in-hand. Bitcoin is no exception. Here are a few ways to secure your bitcoin amid the risks.

Keep an eye out for Bitcoin scams, which are becoming more sophisticated as the technology advances. There a few common scams of which to be aware.

Lastly, lots of people have speculated whether Bitcoin will fail as a currency. Its volatility and instability have caused consumers and business owners alike to doubt its usefulness and global impact. Only time can tell if the currency will succeed and make major waves in our economy.

Bitcoin is a complex topic that’s still developing to this day. There’s plenty to learn and research about it online. To further explore Bitcoin, check out these resources.

Bitcoin puts the power back into the people’s hands … although it confuses many in the process. If anything, the cryptocurrency is a sign of how progressive and tech-heavy today’s economy is.

Despite its volatility, Bitcoin holds a lot of promise — to decentralize our currency system and equip a global economy. But only time will tell.

How to Get Bitcoins: 6 Tried-and-True Methods