The Drama-Hater's Guide to Dealing With Office Politics 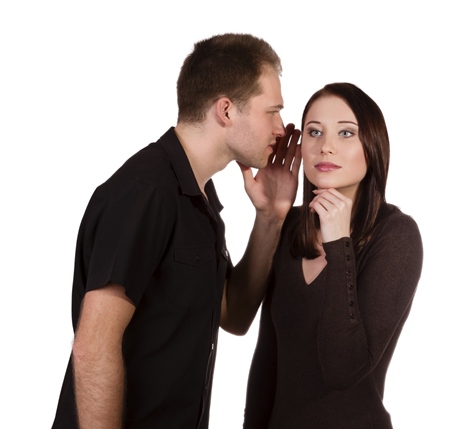 There's not a company out there that's completely devoid of office politics. I'm willing to bet you could start your own business with yourself as the sole employee -- and still manage to drag yourself into some drama. Maybe something about doing laundry during work time ... or whether you archived that email or just straight deleted it.

So, since you can't really avoid office politics, how do you deal with it? Here are some guidelines to help you out.

First thing's first: Stay out of it.

I know, I know ... easier said than done. But there are people out there that successfully avoid it. They're the types of people can just glaze over or slowly walk away when the gossip or politics start. As a result, they may not be the coolest cats in the office, but they have the long-term benefit of being able to make decisions without the influence or consideration of office politics.

If you do get drawn in, be Socratic.

I use the Socratic method in a lot of scenarios -- and dealing with office politics is often one of them. If someone's trapped you in a political conversation that you want to get out of, you don't have to just stare blankly. (Or worse, start agreeing with them just to get them off your back.) Instead, try asking them questions about why they think or feel something -- and then let the conversation naturally drop off into total and utter boredom. For instance:

Them: "I can't believe they're going to choose Mandy for the project lead."

You: "You don't think Mandy's a good choice?"

Notice how you never really have to say much of anything -- even less and less as the conversation goes on. Chances are, the other person will lose interest when they're not getting anything back from you. They might think you're boring, but hey -- if you're just boring enough for them not to talk to you again about their weird political hang-ups, then consider it a win.

We just talked about how someone who's pretty boring to talk office politics with will soon stop being invited into the conversation. Well, those who refrain from starting the conversations will be left out more and more often, too. There's always someone with a reputation for being really political -- probably more than just one person, in fact -- but there's usually a couple of people who get a reputation for being totally not political, too. Be that guy or gal.

Whether you're evaluating an idea presented in a meeting, deciding who will work on a project, or giving peer feedback, always approach these situations with a consistent methodology. If you make it clear how you go about making decisions, and then follow that methodology each and every time with total transparency, it's much harder for people to guffaw and say your decisions were politically based.

In other words, if everyone's ideas are subject to the same scrutiny, it's hard to be accused of favoring those with more political clout.

Don't be exclusive with your professional relationships.

A big part of office politics stems from those people who try to get all buddy-buddy with powerful influencers in an organization. But instead of playing office relationships like a chess game, treat it like a democracy. Make it clear you don't play favorites. Everyone's a viable connection and worth talking to, whether they're the CEO or the intern. Showing that you care about what people have to say and their quality of the work -- even if they don't have the fanciest title -- helps set the precedent that you're not that interested in playing political games.

Plus, doing this helps the quality of your work stand out more than your political know-how -- which is probably what you'd rather be known for, right?

Identify the sources of office politics and stay away as much as you can.

There are plenty of people worth connecting with who don't play into the political structure as destructively as these "sources."

But if you're in the unlucky scenario of having to work closely with the source of the politics, fall back on the Socratic questioning method and know that, because of your democratic approach to office networking, you have other allies ... just in case your failure to play politics bites you in the butt.

If all else fails, just be direct.

Having trouble avoiding political conversations? At some point, it's appropriate to find a polite way to say you're not interested in having this conversation. One way is to simply say, "I don't know enough about it to comment." Another even more direct option is something like, "I don't like talking about this without the people involved present, why don't we talk about X?"

It might be a bit awkward for everyone involved, but by providing another conversation topic, you'll be able to move on from that awkwardness pretty quickly. (Not to mention clearly establish yourself as someone who wants to stay out of the office politics.)