How Job Crafting Can Make Your Job More Meaningful 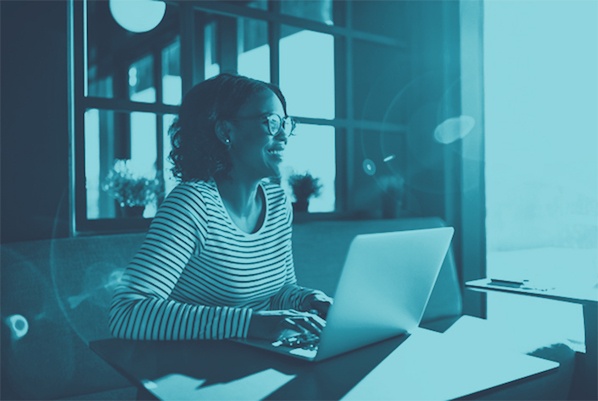 Welcome to The Science Behind Success-- a new blog series that explores the best ways to help our brains perform better at work. With psychological research and interviews with leaders in the field, we're showing you how psychology can help you overcome workplace obstacles and excel in your career. Because a little mindset change could go a long way.

Most of us will spend a huge portion of our days, and thus our lives, at work -- in fact, the average American spends 90,000 hours at work over their lifetime.

And yet, so many of us aren't passionate about our jobs. A Gallup poll found only 15% of the world's full-time employees are engaged at work.

We recognize this lack of career enjoyment all around us -- in the cousin who complains over Thanksgiving break about his boring work environment, or in the friend who has been seeking out new jobs for the past year but still says, "What's the point? No one really likes to work, do they?"

Ultimately, we can all agree on the importance of enjoying our work. Doing something you don't like every day can be both exhausting and demoralizing. But finding a new job can seem equally frustrating, and sometimes even impossible.

Fortunately, there's an alternative solution to finding meaning and passion in your current role. Amy Wrzesniewski, professor of organizational behavior at the Yale School of Management, has conducted research on something she calls "Job crafting". Here, we'll explore how you can use her research to start enjoying your job more, immediately.

A few years ago, Amy Wrzesniewski interviewed the cleaning staff at a hospital and noticed something interesting -- even though all 28 members of the staff were doing relatively the same job, they each described it differently. And the way they described it (or "crafted it"), made a significant difference as to whether they enjoyed it.

For instance, the first group, when asked about their work, said they didn't like their jobs, that they didn't feel particularly satisfied, and that the skill-level required of the role was low. Then, when asked to describe the tasks of the work involved, they described exactly what the job description listed.

By comparison, the second group Amy spoke with found the job both meaningful and rewarding, and felt the work required a high skill-level.

So, what was it about this second group -- were they naturally happier? Were they willing to settle for less?

Actually, the answer is neither.

When Amy asked the second group to describe the tasks of the work involved, this group altered and stretched the boundaries of their job description to include additional tasks, like interacting with patients and visitors.

For instance, one cleaner regularly changed the pictures on the walls in each of the patients' rooms on a long-term rehabilitation floor where patients were unconscious or comatose, believing the change of atmosphere could potentially help revive the patients.

Another cleaner liked to double back after her shift to speak with patients who hadn't had visitors, or looked particularly lonely.

Additionally, many of the cleaners in the second group gave themselves different job titles. When asked what they did, they'd say "I'm an ambassador" or even, "I'm a healer." They were doing the same work as the first group, but cognitively, they'd reimagined their title to fit what they found meaningful. And they weren't lying to themselves -- they then sought out activities to match that new job description. For instance, the "healer" would look for tasks that she believed could help patients heal.

Apart from how they crafted their jobs, these two groups had no other differences -- they worked in the same units, interacted with the same people, and had the same shifts. The second group simply used "job crafting" to find meaning, and enjoyment, in their work.

Amy Wrzesniewski and her co-authors describe job crafting as, "the process of employees redefining and reimagining their job designs in personally meaningful ways."

Let's dive into those, now:

If you're unsure how to craft your role to make it more meaningful, begin by thinking of something of deep value to you. Is it music? Fashion? Travel? Then, consider how you might integrate it, through tasks, relationships, or cognition, into your job.

Let's say you're a content creator with a passion for travel. Rather than wishing for a job with more travel opportunities, like a travel blogger, consider how you might use one of Amy's three crafting methods to introduce this passion into your daily life.

For instance, you might put more effort into finding opportunities to write or edit content about places around the world (task crafting).

Alternatively, maybe you seek out the Marketing Director for Latin America to discuss how you might collaborate on content in the future (relational crafting).

Lastly, maybe you recognize that many of the same things you enjoy about travel (the novelty of visiting new places, meeting new people), are similar to aspects you find in your daily interaction with clients (cognitive crafting). In other words, maybe you recognize there are parallels between the aspects of travel you enjoy, and your work's purpose.

You Might Not Need a New Job to Find Your Calling

When you aren't happy with your job, it's easy to believe it's because it's the wrong job. Oftentimes, it's tempting to peruse alternative job descriptions and think, "Huh. Maybe those are the tasks I'd enjoy doing. Maybe that's what I'm 'meant' to do."

Interestingly, Amy's research takes an alternative approach -- and it's an approach that just might save you from missing out on enjoying your life more, today.

On NPR's Hidden Brain podcast, Amy said, "I do think that there are two different schools of thought in play around callings. And one is that it's out there. You have to find it. It's a matter of moving into the right role, or the right position in the right organization, and so on. And then, suddenly, this will be unlocked, and your work will be this sort of joyful end in and of itself … Versus, how is it that I can craft the boundaries of this job, and the way that I think about its role sort of in the world in such a way that I can come to experience it, perhaps, as something that is meaningful in a way that potentially a calling could be?"

She recognizes that believing your calling is "out there", and feeling you need to magically stumble upon it, can be both anxiety-producing, and limiting.

The alternative -- that you might reshape and reimagine how you can make your current role work for you, inspire you, and excite you -- is something both unique and potentially liberating.

At the hospital, Amy asked the woman who moved pictures around on the rehabilitation floor, "Is this part of your role?"

It's important to note, job crafting is a continuous and fluid process. You won't always have the flexibility to add or subtract tasks from your daily list. Wrzesniewski recognizes this. To combat roadblocks employees might face, she advises managers and directors to enable space for employees to customize their jobs to their individual skills and interests, whenever possible.

For instance, she says managers might help "[define] for employees how their work is interconnected with others' work … [which] may help provide them with raw materials for cultivating meaningfulness through cognitive and relational crafting".

Alternatively, she suggests offering one-on-one coaching sessions or group workshops related to job crafting, or simply working with your employees to strategize on how your employees might implement crafting into their daily routine.

For instance, if your employee, a marketing blogger, mentions she feels most motivated when she believes her writing is helping people, you might allow her to set up monthly phone calls in which she is able to hear feedback directly from customers -- even if this is not in her job description. As a result, she might work harder on the job, perform better, and even brainstorm ways to make her writing more appealing to those with whom she's speaking.

If you're wary of the benefits of job crafting, consider this -- one study found fundraising callers who were given stories about how their job could make a difference in other people's' lives more than doubled their weekly pledges earned, and the amount of donation money raised, for the entire month after they were told these stories. This suggests your employees' performance could increase with something as simple as a reminder that what they're doing is significant to the greater organization.

Ultimately, it's critical for both employees and managers to consider how they might re-align or change job descriptions to fit someone's unique skills and interests. By deliberately stretching the boundaries of your tasks, you just might find happiness and meaning in your job, today.