The Future Will be Tokenized: How Blockchain Will Free You to Control Your Financial Destiny 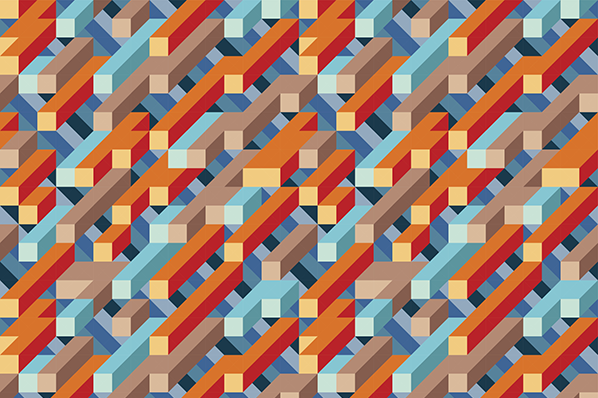 I believe in freedom.

I believe we should be able to make our own choices and shape our lives however we wish.

I long for a world without borders, racism, sexism, and barriers of any kind.

These are big dreams, but they can gain momentum with small cultural shifts. I believe blockchain is one of those shifts.

I’m passionate about emerging technologies like AI, machine learning and bots not just in a nerdy, code-centric way, but because of what they represent.

Blockchain, specifically, promotes decentralization. As someone who came of age during the 2008 global financial crisis, I watched how wealth and power can breed corruption — even if people start out with good intentions.

Ever since society began, humans have put their faith in powerful figures, like popes and kings. Eventually we realized that individuals tend to make decisions that create optimal outcomes for a small, select group of people. Revolutions occurred and democratic governments began to rise.

The shift from a single cult of personality to a group of elected decision-makers marked our desire for more inclusive societies, where different groups of people can thrive.

The invention of blockchain takes that push for inclusion to another level by decentralizing decision-making — allowing token holders to have a say in how they want society to be structured. Whether you’re deep in the waters of cryptocurrency or you’re still confused about what these new technologies could mean for your life, I want to cover a small slice of the blockchain revolution.

Tokenization is a great way to understand the philosophy behind cryptocurrency; how it works, but also what it stands for.

This is the future that many blockchain pioneers and enthusiasts envision. Get ready for the Tokenization of Everything (TOE) — and a lot more freedom.

In today’s financial world, everything you own is tied to your name. Maybe you have a house, a car, stocks, or cash in the bank.

In the process of tokenization, all those assets can be broken into pieces. That means you can create a stock or a single proof of ownership tied to any asset.

For example, let’s start with a long-range vision for tokenization. This is the future that I might not even see in my lifetime. Imagine all my personal assets add up to a million dollars. Kind of a stretch, but it makes for easy math. Those combined assets could be broken into “Justin” coins that represent everything I own. If I created 100 coins or tokens, each would be worth $10,000.

The blockchain technology would allow anyone to trade their token(s) for a Justin coin. That means no banks, no financial managers, no complicated paperwork or red tape. It would be two people making a direct transaction.

The tokenization of everything imagines a world where anything can be traded. Your liquidity isn’t restricted by cash or concrete assets. Instead, it can include anything you own, and maybe even your time.

TOE removes all aspects of the middleman institution. It enables online transactions through a trusted, de-centralized system. It breaks down power and access barriers. We still have to contend with inequality in terms of assets and wealth, but no one can control how or what you trade.

The blockchain technology that powers these transactions also makes investing faster, cheaper and more secure. It liquefies assets and makes investing possible for people who have been restricted by means or geography.

Third-generation blockchain technologies like Cardano are trying to solve the big problem of operability, which means that everything is programmable, with an automated market-maker as the intermediary.

For example, imagine paying for your Starbucks order with airline miles, while the barista is paid in US dollars. That’s interoperability in action.

We’ve already watched the internet tear down gatekeeper layers in entertainment, publishing, communication, sales, and many other industries.

As we dismantle hierarchical financial systems, transaction costs go down, volumes go up, and people are more willing to trade with each other. It creates a more connected, global system.

This long-term vision also (perhaps ironically) takes us back to barter trading, which is where the concept of money first originated.

A Collection of Diverse, Personal Tokens

In the near future, blockchain could give us the ability to create multiple coins for several different assets.

Imagine you own a home worth $1 million (stay with me … this is all about that simple math).

You could again break the ownership of that home into 100 tokens worth $10,000 each. This scenario is much like creating a real estate index or trust fund to manage multiple properties. But now, you could sell partial ownership of your home with individual tokens that you create, trade and control. There’s no intermediary.

So, why would I want to sell partial ownership?

Great question. I would tokenize my home for two main reasons: On the other side of the trade, you might want a share in my home if you believe it has better appreciation potential than your company. Our different perspectives on the asset valuation would allow us to reach a trade consensus.

If we can do all these different trades, it doesn’t matter where we live. Artificial geographic borders could break down when we don’t rely on a single entity or regime to prove our value.

For example, the global currency system determines how much our assets are worth, depending on the stability (or volatility) of our native currency and how our home country’s institutions reach consensus with other markets.

When assets are tokenized, that value is stored in a single profile with fully decentralized transaction paths.

If these scenarios feel complicated and time-consuming, I hear you. The idea of valuing your assets, making the trades, and ensuring you’re not getting duped in the process can sound more than a little overwhelming.

Again, I’m bullish about emerging tech because it has the power to help. I see a future where humans, aided by artificial intelligence, can make more efficient and effective financial decisions.

We might trust the people who currently control and manage our money — and in many cases this trust is well founded — but even “experts” don’t have all the answers.
Investment requires educated decisions. No one has a crystal ball (unless they’re conducting insider trading).

Technology won’t provide foolproof investing, but it does remove industry greed from the equation.

Running your own trades eliminates high bank and investment fees. It ensures that you’re buying a stock because you think it’s smart, not because it pays kickbacks to the broker.

You won’t question the intentions of a financial institution, because they don’t have a hand in your assets.

Let the bots do the busywork.

Chatbots are arguably today’s most relatable AI application. Most people have used Facebook Messenger or interacted with a chatbot while shopping online or asking their telecom provider about those weird mobile charges.

Currently, chatbots are built to solve a specific set of problems. We’ve builtGrowthBot, for example, to deliver marketing and sales information without leaving your task or productivity platform (such as Slack).

You can ask questions about top posts, organic site traffic, or get company overviews. And instead of switching to a web browser and getting lost in a Google spiral, you can stay focused while GrowthBot digs up the details.

Now, apply this kind of “assistant” technology to your financial life. The bot could do everything from researching investments to calculating an asset value, in real time.
Remember, the bot is not taking over. This isn’t a dystopian sci-fi plot. Instead, it’s providing the information you need to make a smart and highly personalized decision. Then, the chatbot could actually conduct the transaction as you instruct. That means no more calls to your bro-ish financial advisor or trying to recover a lost login password.

We Still Have a Long Way to Go

I do realize that the utopian future of my dreams is a long way off — if it’s ever going to be possible.

We will still face complex, ongoing issues about who holds wealth in our society and how to level the field. I’m not naïve about these challenges, nor do I believe that technology is a magic solution.

Even cryptocurrencies are promising, but they’re still rife with problems. These are totally unregulated assets, for better and worse.

At this moment, the “worse” is an approximately 90% rate of fraud among Initial Coin Offerings (ICOs), according to the People’s Bank of China.

Yet, I’m still motivated by the possibilities. Tokenization is just a tiny example of what a more decentralized, egalitarian, and direct financial system could enable.
Technologies are ultimately just tools that we can harness to lead cultural change — and whether we’re talking AI, bots or blockchain, the code is inconsequential. What really matters is our intention.

It’s time to decide how we’ll organize our society, for hundreds of years to come.