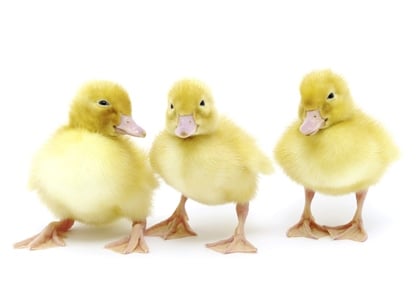 In the interest of saving you and I time, I’m going to spare you a waterfall of statistics that emphasize the importance of growing and engaging a social media following. We all know it’s important; but why and how? First, bear with me as I set up why all marketers have been forced to dramatically change their strategy in the last half decade -- and then I’ll make a point I guarantee you won’t forget.

Sensory adaptation is the psychological phenomenon that’s triggered a marketing renaissance in the last decade. A quick example: you know how an hour after you put on perfume or cologne you can’t smell it anymore? That’s sensory adaptation. The smell hasn’t necessarily dissipated, you’ve just gotten used to it and in turn, the smell is less intense.

The same thing is true with advertising. Over the decades, consumers have become increasingly immune to advertising’s powers. It’s not because advertisers are getting worse, it’s because there is so much of it that we as humans have developed abilities to ignore it. Picture Times Square in 1994 versus 2014; proportionately the same thing is happening all over the world. Everywhere we look someone is selling us something -- in essence, we’re all diluting each other’s efforts.

All marketing falls under one-of-two categories: interruption or permission. Interruption marketing is all forms of advertising in which the consumer has been abruptly presented an ad without necessarily wanting it. Billboards, radio, commercials, newspaper ads, email spam, etc. -- all of these things interrupt an otherwise different experience. You’re driving, not looking for ads. You’re reading, not looking for coupons. You’re checking email, not wishing for Viagra spam. Over the years humans have evolved into interruption-based ad ignoring machines. This means this type of marketing is becoming less and less effective per-dollar-spent.

On the other hand, there is permission marketing -- also known as inbound marketing. This is any type of communication from a business to a consumer where the consumer has given permission to the business to talk to them. Examples:

Each one of these things has three things in common. First, the consumer gave the company permission to talk to them. Second, the list of consumers turns into a long-term asset for the business. Third, each person on the list has an exponentially higher likelihood of converting into a paying consumer than anyone presented with interruption marketing.

Why is this the case? Robert Cialdini, renowned psychologist and former business professor at Arizona State calls it The Commitment Effect. People that have in some way made a small commitment to something have a greater likelihood of a substantially larger commitment in the future. This is why the freemium model exists, or why alumni associations ask for larger donations every year. A “follow” on Twitter, or request to be on a mass mailer, are both examples of small commitments a consumer can make to a company that very well might turn into a larger commitment -- such as a purchase -- at a later time.

Lastly, it takes an average of seven impressions to convert a human into a customer. Interruption marketing charges the advertiser every time an impression is needed, while permission-based methods charges you once. After permission is granted, the marketer has access to repeatedly talk to that person for free (or cheap), and push them through the funnel of buying patterns (inform, persuade, remind). The moral of the story is radio, TV, newspaper is out; blogging, opt-in email marketing, Facebook, Twitter is in.

People don’t Like Facebook pages, follow Twitter accounts, or provide emails to businesses that just talk about themselves. As an example, put yourself in the shoes of a person in the market for a new daily coffee shop. If they find themselves on two different local coffee shop Facebook pages, one that posts daily reminders of their existence, and another that posts daily content for coffee lovers -- which one do you think the person will follow?

When people give permission to a business to communicate with them, what they really want is to join a community. In the case of the coffee shop, it should be the entrepreneur’s job to attempt to post something that is valuable to the consumer every day, not to the business. Things like funny coffee memes, articles to blog posts about coffee, cool pictures from around the city, food recipes that require coffee, etc. Each of those things is valuable to a consumer in that target market, which in turn keeps your brand top-of-mind despite not constantly talking about yourself.

The equation is simple. Diagnose your target market and figure out what type of community they’d like to be in. Next, post daily value with that community in mind, instead of yourself.

The idea is that when the consumer lands on your page they see the last week or so worth of content, relate to said content, and want it in their life forever. Ultimately, they’ll follow your page so you can brighten or enlighten their news feed regularly. (By news feed, I also could mean their email inbox, text message history, Twitter timeline, Pinterest board, whatever.)

How to Convert Those Followers Into Customers ... GOOSE!

At this point you’re thinking “my business needs to make money, not curate daily content for a community.” You’re right. Now I introduce what I call the “harvest” post. This is the reminder to your community that you also sell a product, and the call-to-action to buy it. After seven or so “value” posts, throw in a “harvest” post. I call it a harvest post as a metaphor to farming. A farmer cultivates their crops for many months, then harvests them to sell or eat. In social media, we cultivate our crops by building trust, thought leadership, brand, etc. Once those crops are strong enough, we monetize them. If you attempt to monetize them too early, there will be nothing there -- nothing has been grown enough to harvest.

Your value posts ensure people follow, and stay engaged with, your account. It also makes your business a thought leader on the subject. If “Big Papa” posts awesome fitness tips regularly, his followers will instinctually assume his supplement company is awesome, too. Sales will follow.

Last metaphor, I swear: Do you want to be one-hit-wonder Vanilla Ice, or Eminem? Invest in an asset that you can use to convert leads forever, not expensive one-off mechanisms that spike temporary sales.

Clubhouse vs. Twitter Spaces (+ How Other Audio Platforms Match Up)