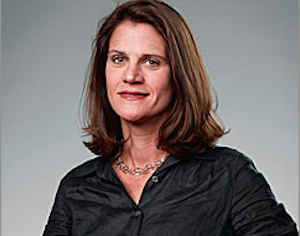 Katie Cotton announced yesterday that she’s leaving Apple. This is a big deal. Cotton was VP of worldwide corporate communications at Apple, and while PR people aren’t always seen as super important, Katie Cotton was. She controlled how Apple dealt with the outside world, and she shaped how the company was viewed by the media and the general public. All those people standing in lines outside Apple stores? All those glowing reviews for Apple products? A lot of that is Cotton’s work, and that will be her legacy.

Cotton joined Apple in its darkest days, in the 1990s, when the company was close to going out of business. She worked alongside Steve Jobs and served as his handler as he led Apple through the most amazing comeback in business history. During Cotton’s tenure, Apple went from being a downright loser to a plucky underdog to the most powerful and influential company in tech, with the biggest market valuation of any company in the world.

This has been quite a ride, and it could not have been easy. I hope that someday Cotton will write a memoir about her time there. Back in the day I used to joke about her a lot on my Fake Steve Jobs blog, where for a long time this was my official photo of Katie Cotton doing her job: 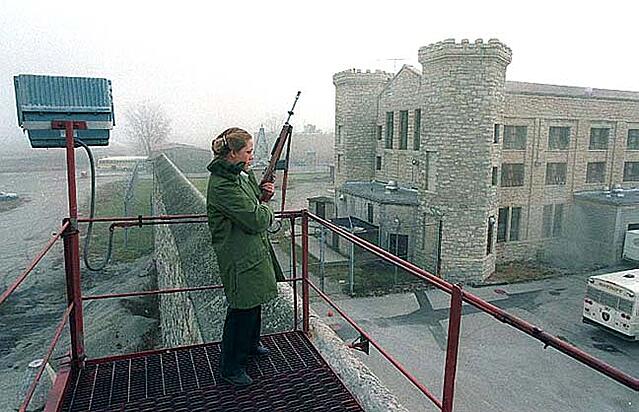 But the jokes were always just that. I always felt a grudging respect for Katie Cotton, as well as a great deal of fear. There aren’t many people who scare me in the world of tech, but she is one. On the occasion of her leaving, I think it’s worth looking at how Katie Cotton did her job, because if you work in PR, there’s a lot you can learn from her. Here are three big lessons:

First lesson, and it’s a big one, is this: Less is more. Cotton practiced what I think of as anti-PR. She didn’t pitch reporters. In fact, quite the opposite. Except for a lucky few, she wouldn’t even return their calls.

What Cotton understood, and what most PR people don’t, is the value of mystery. She learned this from Jobs, of course. Jobs was the real mastermind of Apple’s marketing and PR. But Cotton was the one who carried out his vision and perfected it.

Apple is an exasperating company for reporters to cover. It has a staff of PR people, but God knows what they do. I can tell you what they don’t do, and that is talk to reporters.

There was a joke that the cushiest post in tech would be a PR job at Apple. All you’d have to do is glance at your email inbox once in a while and never write back to anyone, and listen to your phone ring and not pick it up.

Maybe once in a while you would pick up the phone, but when you did all you’d have to do is say, “No comment.” On those rare days when Cotton was feeling effusive, you might be allowed to read an evasive three-sentence script that didn’t offer any useful information. If the reporter asked follow-up questions, you just read the script again. And again. And again.

That was PR under Katie Cotton at Apple. You know what? It worked. According to Interbrand, as of last fall Apple was the highest rated brand in the world. What company would not covet the kind of brand loyalty that Apple enjoys?

Apple gets more fawning press coverage than any other company in the world. My theory is that this happens not in spite of how badly Apple treats the press, but because of it. The dirty little secret of the tech press corps is that we are basically a bunch of insecure masochists. We like being treated like scum, because deep down we believe it is what we deserve.

If you follow the Twitter feeds of tech reporters, their biggest gripes always have to do with some pesky PR person who won’t leave them alone. Oh, the horror! Oh, I’m so important, and these hideous flacks won’t leave me alone! Go away, you horrible flacks!

That’s the mindset among these self-important but secretly self-loathing hacks. Then someone like Katie Cotton comes along and tips your whole world upside down. Katie Cotton doesn’t pander to you. Instead, she treats you like something that needs to be scraped off her shoe.

This captures your attention. She really, honestly doesn’t want to have anything to do with you. You’re not worthy. She's a queen bee, and you're just some loser.

What happens then is that reporters start competing to win Apple’s affection. They write glowing reviews. They defend Apple when it makes a mistake. That’s not a bug, it’s a feature! Slowly, inch by column inch, they work their way into the light. The ultimate reward, doled out only to those special few who have demonstrated complete fealty, is to be included on the very short list of hacks who get advance review units of new iPhones and iPads.

Review units are sent out under an embargo. Your review cannot run your article until a specific time on a specific day, usually the day that Apple launches the product. But you are happy to do that! In fact, you’re grateful!

You see what’s happened? Apple is now in control. Apple is telling reporters when they can publish their articles. Moreover, implicitly, Apple is telling them what they can say. Because trust me, if you write a negative review, you won’t be getting an advance demo unit next time around.

Under Jobs and Cotton, Apple toyed with even the biggest publications. They played Time and Newsweek off each other. Which one would offer the best package, all tailored to Apple’s demands and timetable? Those magazines ended up in bidding wars to get Steve Jobs on their cover. Whoever “won” got to send a reporter to Cupertino to get walked through a carefully staged series of interviews. Basically, Katie Cotton had written the story for them. All they had to do was follow the script.

Of course this is easier to do if you’re representing a celebrity figure like Steve Jobs. Nevertheless, there’s a lesson for everyone. Playing hard to get works just as well with the press as it did in high school. Maybe better.

When you do deal with the idiots in the press, you must know what you hope to get from them, and you must be reasonably sure that you will get it. You can’t be 100% sure, of course. Because you never know when some hack is going to rogue and do a hatchet job on you. But you can minimize the chances of that happening.

Apple did big press only when this coverage would help build hype for a big new product. Those cover stories in Time and Newsweek were all about selling product. Apple’s “earned” media was really just free advertising. It was always augmented with a huge blast of actual paid advertising, and everything was connected with a single theme or message. It was all orchestrated.

What you need to remember is that getting covered in the press won’t necessarily help you sell more product. I had a good friend who worked in PR at IBM when Sam Palmisano was CEO. Palmisano was never in the press. He was an impossible interview to get. My buddy explained that this was nothing personal. It was just that Palmisano only wanted to spend time doing things that would help IBM sell product, and he couldn't see how having his face on the cover of a magazine would accomplish that. He would rather spend time talking to customers than to reporters.

As a reporter, that drove me nuts. But the thing is, Palmisano was right. So was Katie Cotton.

If you work in PR, this is something to think about every time you even consider doing anything with the press. What is in it for you? What tangible results will you get? And just to be clear, by tangible results, I mean money. Is this story going to sell more product?

Cotton rode shotgun on some rough times at Apple. There was little stuff like “Antennagate” and hassles with Greenpeace, but also bigger stuff like a rash of suicides among workers at the factory in China where iPhones were assembled. There was a kerfuffle with the SEC over backdated stock options. The biggest PR challenge was dealing with Jobs’s health problems, and specifically, how to disclose (or not disclose) them.

The lesson is this: Despite what you’ve heard from crisis management experts about how it’s better to get everything out in the open right away and fall on your sword, well, no. Sometimes, apparently, the best route is to do quite the opposite, and stonewall. Dodge, deflect, defer, distract -- whatever it takes.

Through all of these crises, Cotton never panicked. Apple always carefully managed its communication and said as little as possible. What it did say was always off the record, on background, unattributed -- and thus could not be traced back to the company. Remember when Jobs supposedly had a “common bug,” and then he left to deal with a “hormone imblance,” but actually he got a liver transplant?

For years, Apple had a CEO who was dealing with cancer, and Katie Cotton managed to keep all of that from ever being confirmed publicly. This wasn’t PR. This was anti-PR. The journalist in me cringes at stuff like this. But the "marketing fellow" in me thinks that hey, it was effective.

Apple has lost a lot of top executives in the past few years: Bertrand Serlet, Scott Forstall, Tony Fadell, Ron Johnson. Those guys were all important, but the departure of Katie Cotton might be an even bigger deal, if only because PR is so central to what Apple does.

At the very least, her leaving marks the end of an era, a changing of the guard.

Will it also lead to greater openness between Apple and the press? Don’t hold your breath.