Are Corporate Retreats the Future of Work? These Startups Think So

If you’ve been feeling disconnected from your remote job, the fix might be a trip to Barcelona. 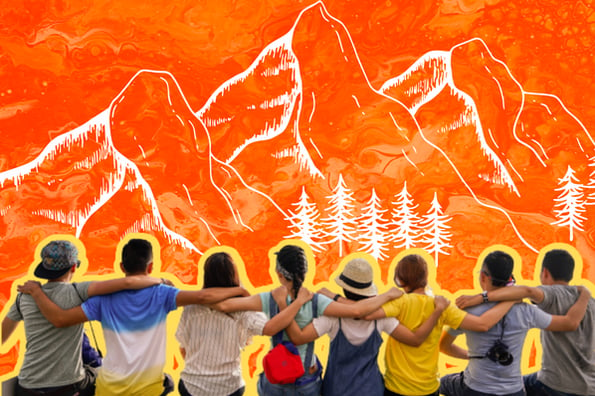 Today’s workplace looks different than it used to: An estimated 36.2m American employees will be working remotely by 2025, with 26% of US employees already fully remote as of 2022. Co-workers are no longer living in the same city, or even continent, often making in-person socialization impossible.

The answer to bringing teams back together? The trusty corporate retreat. The US corporate event market is expected to reach $510.9B by 2030 at a compound annual growth rate of 17.3%.

“There has never been more interest in corporate retreats,” says Healey Cypher, CEO of off-site and retreat planning company BoomPop. “Every CEO I talk to is embracing a new operating cadence — one that involves remote work to stay competitive and regular off-sites throughout the year.”

As remote work grows, retreat planning companies are primed to rake in profits. Founded in 2020 as a marketplace for virtual experiences, BoomPop added IRL event planning services to its roster when it became clear clients were hungry to gather in person.

When businesses lack the budget for a full-time event planner, they turn to companies like BoomPop to make it happen. Cypher says the service saves event organizers 40-50 hours of planning per event and 15%-30% on cost.

Sean Hoff, managing partner at corporate culture-building agency Moniker, says they’re wrapping up their busiest year yet. Launched in 2013, Moniker has surfed the tides as offices transitioned to being fully remote amid the pandemic, then back to hybrid. During the pandemic, it hosted 1.2k virtual events for ~60k people.

Once the worst of the pandemic had passed and companies began reinstating work gatherings, Hoff predicted that the lost years of covid and the altered state of work would drive new business.

“We realized a lot of companies had either not gotten together in two years and were eager to do so somewhere fantastic, or had switched to a hybrid or remote workplace, and realized that they needed to get together in person at least once a year to connect,” says Hoff.

Standards for retreats were transforming: Hybrid employers had hired workers around the world, and wanted retreats in more global destinations than before. The length of retreats had also changed — Hoff says they grew from an average of three nights to five — reflecting employers’ desires to make up for lost time.

With the decline of in-office interactions, retreats now often include “work” time that encourages collaboration. This could be as simple as a room filled with communal workstations, where employees can chat while on their computers.

It’s still, of course, mixed in with team building and just-for-fun activities, but it’s a move to use off-site time more purposefully than before.

Scott Olechowski, co-founder of media streaming company Plex and a client of Moniker’s, says he’s seen a measurable difference in his team after retreats (the company has traveled to Switzerland, Thailand, and Colorado, among other destinations).

“There is always an amazing post-retreat glow that lasts for 6-12 months,” he says. “The bonds built and the shared culture that is emphasized and created through these retreats lasts forever.”

Those positive experiences make off-sites more alluring to employees. Offsite, a retreat planning company founded in 2021, has seen employers use retreats as a perk to lure top talent and help with employee retention.

“There was a lot of pent-up demand for travel during the pandemic, and we now have a largely millennial and Gen Z workforce that loves to travel,” Offsite co-founder and CEO Jared Kleinert says.

“When choosing between a company that’s remote and doesn’t have off-sites and one that does, a lot of people are going to go for the one with off-sites because it’s free travel,” he says.

Kleinert, like his peers, predicts that off-sites will shift to incorporate more work, less play — particularly as budgets tighten and every dollar spent goes toward supporting a company’s bottom line.

While Offsite has helped clients race exotic cars, sail on yachts, and learn falconry at Scottish castles, Kleinert says there will likely be more speakers, facilitators, and focus on problem-solving in the future.

Other companies are betting on this trend as well: Nomad Pass, The Offsite Retreat Co., Happied, TeamBonding, and Flok are among those vying for companies’ retreat budgets.

The consensus among retreat planning companies is that the future of work is hybrid, or fully remote, with some of the former rent budget being reallocated to meaningful off-sites and retreats.

That way, employers can still provide vital in-person bonding and team-building time while giving their workforce the flexibility they desire.

“The trends will continue for the decentralization of the workforce,” Kleinert says. “As more and more companies give up offices entirely, they’re going to reinvest that budget into off-sites.”