Types of Minimum Viable Product and How To Build It

Some of the biggest companies in the world start out fun-sized. A large software company stems from a buggy beta version. A popular restaurant chain could grow from a food cart. Even a complicated tech product could start out as a 3D-printed model. 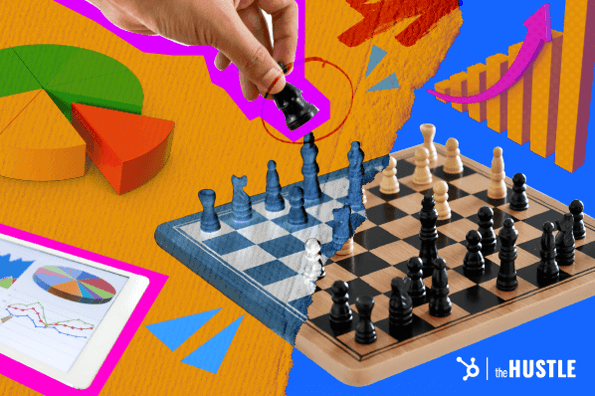 This method of launching small stems from a minimum viable product (MVP) strategy, used by entrepreneurs to test the waters for budding startup ideas. Rather than create a product and market it, only for it to fail, these founders used MVPs to collect more information about their audience.

Through MVPs, you get a better understanding of product-market fit. You build a list of early adopters. You can even raise money from excited donors.

What Is A Minimum Viable Product (MVP)? 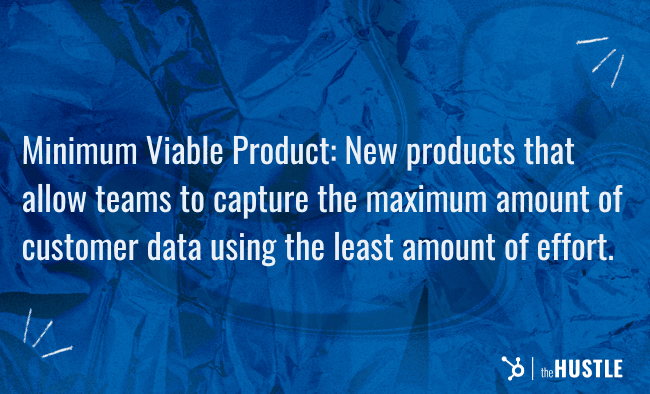 MVPs are new products that allow teams to capture the maximum amount of customer data using the least amount of effort. MVPs include only the core features of a product, primarily to test and validate a startup’s idea.

MVPs include prototypes — or an early model of a product — but they also come in the form of videos, landing pages, and even emails. Eric Ries helped popularize the term in his iconic business book, The Lean Startup, which encourages entrepreneurs to adopt cost-effective, data-first approaches to business building.

A MVP may or may not lead to a full-blown business. In many cases, entrepreneurs ditch ideas based on research gathered from their MVPs. On the other hand, founders often grow their MVPs into a startup based on positive feedback.

Either way, developing MVPs first help entrepreneurs know whether a product will fail or flourish before they invest.

For example, if you hire a software engineer to code an app, and it fails to attract an audience, you’re down potentially thousands of dollars. Instead, you could create a video MVP showing what the app would look like, allowing you to gauge interest from potential customers before you dole out the bucks.

But, like most aspects of entrepreneurship, there’s no one-size-fits-all method for MVPs. Look through different types — from short videos to prototypes — and see how each one fits into your product idea and the data you want to collect.

Depending on the stage of their startup, entrepreneurs can develop two types of MVPs: low-fidelity and high-fidelity. Fidelity is the extent to which a product mirrors its final version, explains NYU business professor Ari Ginsberg. The higher the fidelity, the more it resembles its intended finish.

Entrepreneurs just starting out typically use low-fidelity MVPs, which are cheaper to create and help founders get a general feel for their idea. Although high-fidelity MVPs usually require more investment, it offers more specific data for startups in later stages.

Some low-fidelity MVPs include:

Landing page MVP: Instead of developing a software or app, first create a landing page that promotes your product’s expected features. For example, you could create a “coming soon” page and collect emails from interested users, who can provide feedback.

Marketing MVP: Use social media to find your audience and connect with them for free. For example, you could create an Instagram account highlighting a theoretical product. Then, reach out to influencers and see how the idea resonates with them. You could even encourage them to share the idea with their audience.

Explainer video MVP: Creating a video that demonstrates the benefits of your product could help generate traction. You could upload it to YouTube and share it with potential customers on social media.

You can either show off an early, not-yet-ready version of your concept or simply highlight what you plan on creating, depending on your budget and research goals. Gather feedback on which direction the product should move towards through the comments.

Email MVP: You can also use an MVP to test new features, instead of entirely new products. If you have an audience already, an email could function as your MVP, usually in the later stage of your business. For example, you could send an email to early adopters to gather feedback on new features.

On the more intensive side, some high-fidelity MVPs include:

Single-feature MVP: This only contains the core functionality of a product to see how an audience responds — for instance, a task management app that makes to-do lists. With time, businesses can expand beyond the first feature of the product.

“Wizard of Oz” MVP: Most apps or software have some level of automation, but this takes time and money to build out. You could create a landing page that advertises an automated software, but manually operate it temporarily. As an example, you could launch an app that matches users to restaurants, but manually select them during the MVP stage.

Crowdfunding MVP: Through crowdfunding, you basically get preorders for your product — which also helps fund your startup. Crowdfunding MVPs typically feature a prototype, video presentation, or visual design showing your intended product. For instance, if you plan on making a fitness tracker, you can ask for funding in exchange for a free product.

Keep in mind MVPs can come from any platform or methodology. Entrepreneurs can use whatever resources they have so long as they stick to the cost-effective principles behind MVPs.

Many international brands grew out of humble beginnings, such as Airbnb and Dropbox.

In 2021, Airbnb, which features vacation rental listings, local experiences, curated wish lists, and more, drove almost $6B in revenue with 6m+ active listings. But the rental giant started in 2007 with one location: the founders’ San Francisco apartment — a single-feature MVP that validated their idea.

Instead of investing money in creating an apartment-sharing platform, the duo advertised their unit on Craigslist. After a few successful stays, they decided to move forward with the platform.

Dropbox, a file hosting software, started out as a four-minute demo uploaded to YouTube in 2008. In the tutorial, founder Drew Houston walks users through the application and explains its purposes. At the time, Dropbox could likely support only a few users and lacked the functionality of a fully finished application.

But the video MVP helped grow Dropbox’s waiting list for their beta version from 5k to 75k users overnight, confirming Houston’s product had an eager audience.

Small brands, too, can successfully grow from MVPs. Rachelle Sassine wanted to build a job matching platform in the construction space. To start, Sassine grew a Facebook group of licensed road traffic controllers and employers to 8k members — which showed demonstrated interest in a platform curated for the industry. Sassine’s marketing MVP enabled her to test demand before creating a startup.

How To Build A Minimum Viable Product

MVPs do not need to follow a specific set of rules or formulas. In fact, Ries believes building optimal MVPs depends on context, such as what you hope to learn and how much you can invest.

More than 40% of startups fail because they misread demand. Even if you have an idea that feasibly solves a problem, consumers might not want to pay for it.

Before fully building an MVP, research the market. Run surveys or conduct focus groups to better understand the needs of your target audience. See what competitors in the space do. Use that data as the backbone of your MVP.

2) Define the problem and your solution

A product should bring a viable solution to a real problem. Before building a MVP, clearly define the problem you’re aiming to solve. Consider addressing the following questions:

You could summarize your idea by creating a value proposition statement, a short statement that conveys the value of your product. For example, Slack promises to “make work life simpler, more pleasant and more productive.” By pinpointing the why behind your product, you can center your MVP around it.

Get started by crafting a list of must-have and nice-to-have features, then hone in on ones necessary for your MVP. Ries advises entrepreneurs to take their total features, halve them, and then repeat the process twice.

In the early stages of developing a product idea, start with a low-fidelity MVP so you can minimize costs while collecting feedback. High-fidelity MVPs come once your startup has sufficient data and validation, which justifies spending money to create prototypes or functioning software.

To select an MVP type to build, consider the following:

For example, if your idea has a lot of technical jargon, an explainer video MVP could help customers better understand the product. Or, if your audience uses social media, you could connect with them there via a marketing MVP.

5) Launch the MVP, assess, and update

Once you launch the MVP, try to get as many users to interact with it as possible. The more users you have, the more data you collect, which can help improve your idea and future MVPs. Share your MVP with your professional network, or post it on social media, such as relevant forums on Reddit.

If your MVP receives a lot of positive feedback, you could consider moving the MVP from low-fidelity to high-fidelity. For example, if a demo video drives thousands of sign-ups to your email list, you could move forward with a single-feature prototype. Ginsberg recommends entrepreneurs add more features incrementally, depending on the feedback you receive.

Alternatively, if you receive less-than-positive feedback, you don’t have to throw out the idea. “It doesn’t mean you have to pivot altogether; the idea is to learn,” says Ginsberg. “You have to pay very careful attention to the feedback so you don’t overreact or throw out the baby with the bath water.”