A 3-Minute Guide to Doctype HTML 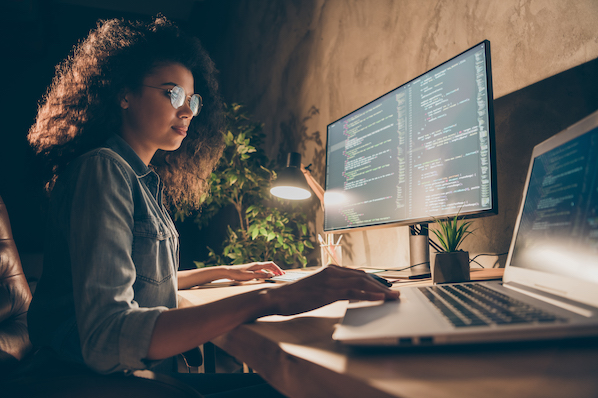 There are many languages in website design. You’ve got HTML, CSS, JavaScript, Java, Python, SQL, PHP — and these are just a few.

To ensure browsers can parse documents in different languages and display them correctly, it’s important to add a doctype declaration. This basically instructs browsers how to read and render a file.

Let’s take a closer look at doctype HTML below.

What is doctype HTML?

Doctype HTML is a declaration that tells the browser what version of HTML the document is written in. This declaration appears as the very first line in an HTML file.

Here’s an example of an HTML file with a doctype declaration:

Let’s take a closer look at the HTML doctype declaration below.

The HTML <!DOCTYPE> declaration is not an HTML element or tag. It is an instruction that tells the browser what type of document to expect.

All HTML documents need to start with a <!DOCTYPE> declaration. The declaration varies depending on what version of HTML the document is written in.

In both examples, the information appearing after “PUBLIC” is referring to a Document Type Definition (DTD). A DTD defines the structure of a document and which elements and attributes are valid. In the examples above, the DTD is declared in external files by the World Wide Web Consortium (W3C), which are referenced in quotation marks.

Notice that they both reference strict DTDs, which were used for web pages that excluded attributes and elements that W3C expected to phase out as CSS support grew. There were also transitional and frameset DTDs.

It is no longer necessary to refer to a DTD when writing with the latest version of HTML, HTML5. Let’s take a closer look at the HTML5 doctype declaration below.

The <!DOCTYPE> declaration is not case sensitive. Although most commonly written in all uppercase, you can write it as lowercase, sentence case, and so on, and the browser will still recognize it as the HTML doctype declaration.

Here are some examples that would be effective:

This tells the browser that this document type is HTML5 so it knows which elements are valid.

When creating an HTML file with the doctype declaration, it’s possible that you’ll get an “unexpected token” error message. Here’s how it typically looks:

It will appear on the same line as the HTML <!DOCTYPE> declaration, but the reason for this error is not the way you wrote the declaration. Instead, it typically has to do with JavaScript.

For example, if you reference a Javascript file — like core.js — in your HTML file and the browser can’t find this file, then it will prompt the "unexpected token" error. This is a common issue for websites running on an Apache server.

Let’s say your script tag is as follows:

Now let’s say you click into Client/public and do see a file named “core.js.” In that case, double check the permissions for both the public folder and core.js file. Either of these might be lacking the proper permissions and therefore causing the “unexpected token” error.

Let's recap everything we discussed in this post, with this handy video.

The HTML doctype declaration is a fundamental concept of coding. Every HTML document requires a valid doctype declaration so that the browser displays your web page in the way you intended. Now that you understand this concept, you’re already on the path to learning HTML and CSS.