GitOps vs. DevOps: Which Is Right for You?

GitOps and DevOps are two approaches to improving the efficiency of software development. GitOps is a newer concept that builds on the idea of DevOps, using Git as the foundation for automating tasks and improving communication between developers and operators. 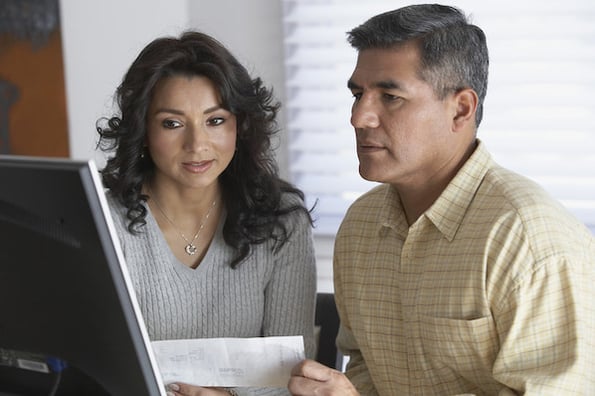 While there are some similarities, there are also some key differences between GitOps and DevOps. This article will explore those differences and help you decide which approach is best for your team.

GitOps is a relatively new concept, first proposed by Weaveworks in 2016. GitOps is built on the idea of using Git as the source of truth for all changes to your system, whether developers or operators make those changes.

The basic idea behind GitOps is that by using Git as a single source of truth, you can automate the process of deployments and make it easier for developers and operators to collaborate on changes.

GitOps leverages tools like Continuous Integration (CI) and Continuous Delivery (CD) to automate the process of deployments. This means that changes made to your codebase are automatically deployed to your production environment without needing manual intervention.

GitOps also makes it easier to roll back changes if something goes wrong. By using Git as a source of truth, you can quickly revert to a previous version of your code if necessary.

Steps to Use GitOps

There are a few key steps you need to take to use GitOps:

1) Set up a Git repository for your codebase.

3) Configure your CI/CD tool to deploy changes to your production environment automatically.

4) Set up alerts and monitoring for your production environment.

Note: You don't need to use GitHub for GitOps exclusively; any code repository that uses Git commands, like AWS CodeCommit, works too. Also, contrary to popular belief, GitOps doesn't make DevOps irrelevant. The Continuous Integration (CI) part of DevOps still needs to be done through your DevOps tool of choice — be it AWS CodeBuild, or GitHub Actions.

DevOps is a set of practices and tools that aim to improve software development efficiency. DevOps is about automating tasks and improving communication between developers and operations teams.

The goal of DevOps is to make it easier for organizations to deploy changes quickly and efficiently. DevOps leverages tools like automation and continuous delivery to improve software development efficiency.

Steps to Use DevOps

DevOps can be easily integrated into your workflow with a few key steps:

2) Configure your CI/CD pipeline to deploy changes to your production environment automatically.

3) Set up alerts and monitoring for your production environment.

4) Collaborate with your team to identify opportunities for improvement.

Note: You don't need to use a specific tool for DevOps; any tool that automates tasks and improves communication between developers and operations teams can be used.

Key Differences Between GitOps and DevOps

While there are some similarities between GitOps and DevOps, there are also some key differences. We have outlined the difference below. 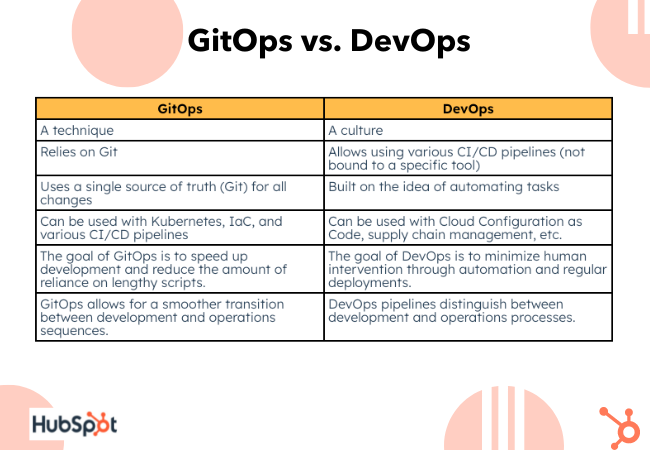 It is important to note that GitOps doesn't replace DevOps. There is still a whole CI process that has to be completed using traditional DevOps tools. However, by relying on source code principles and Kubernetes-native commands that many developers are familiar with, GitOps makes the DevOps team's work easier. Consequently, in today's fast-paced Kubernetes environments, GitOps can accelerate and improve existing DevOps practices.

GitOps vs. DevOps: Which approach should you choose?

GitOps and DevOps are two popular approaches to software development that aim to improve the efficiency of development. GitOps focuses on using Git as a source of truth for changes to your system, while DevOps emphasizes automation and collaboration between developers and operations teams. Both GitOps and DevOps can help organizations deploy changes more quickly and efficiently.