All of the Feels: How Brands Use the 4 Basic Emotions in Advertising

Ads that make people share and buy can be summed up in one word -- emotional.

That should be no surprise. Studies show that people rely on emotions, rather than information, to make brand decisions, and that emotional responses to ads are more influential on a person’s intent to buy than the content of an ad.

This emotional awareness from brands hasn't always been the case though. In the 1990s and early 2000s, advertisers were more concerned with humor and sarcasm.

PJ Pereira, chief creative officer of Pereira & O’Dell, said: "I think what’s happened is that the ad industry has spent the last decade celebrating bitterness and cynicism and being mean to people. For a while it was great because it was different from everyone else, and then it became a trend and people got sick of it. It wasn’t funny or interesting anymore. So when things started to pop with a totally opposite voice, the customers totally reacted."

I watch a lot of ads -- it’s a requirement for the job. And increasingly, those ads have turn me into a blubbering, emotional wreck. There’s nothing like a good cry at work on a regular basis to make your desk neighbors question your stability.

Fear creates urgency and prompts us to take action -- to change or more importantly for this story, buy something that will prevent terrible things from happening. As Don Draper said in a Mad Men episode, “Advertising is based on one thing: happiness. And you know what happiness is? Happiness is the smell of a new car. It's freedom from fear. It's a billboard on the side of the road that screams reassurance that whatever you are doing is okay. You are okay.”

A lot of scarevertising tactics can be seen in commercials to prevent drunk driving and cigarette smoking. The World Wildlife Fund is one brand known for its controversial and fear-inducing imagery. 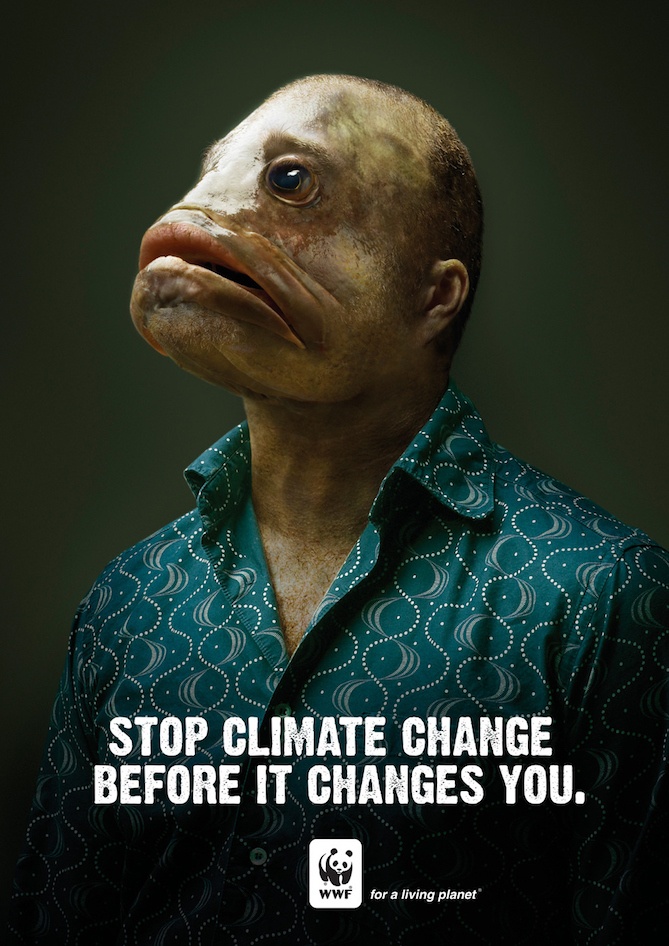 What emotions do you associate with specific brands? How have you used emotion in your client's advertising? Let us know in the comments below!