Restaurant Uses Foursquare and a Boat to Hit Sales Record 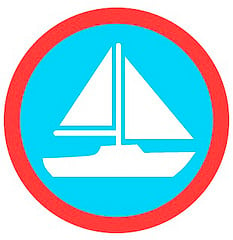 The last time we talked to Joe Sorge, he had just pulled off one of the best examples of using Foursquare to drive sales by hosting a party for customers to earn the Swarm Badge, which netted his restaurant, AJ Bombers , an 110% increase in sales.  Last Friday on Foursquare day , Sorge set out to top his previous efforts, this time using Foursquare and a boat. He held an event at his restaurant that allowed customers to earn Foursquare's "I'm On A Boat!" Badge , which requires users to check-in to a location that has been tagged "boat." Sorge partnered with a local outdoor retailer to have boats at AJ Bombers, so that customers could earn the badge.

I talked with Sorge about this event. Once he decided what badge he was going to help his customers earn, it took a couple of days of work to organize the most successful single-day Foursquare-based restaurant event. This past Friday, more than 231 people had checked-in to AJ Bombers' "I'm On A Boat!" Badge party . The event resulted in the single best day of sales ever for the restaurant, and Sorge said he even had to turn away customers because he didn't have the room to accommodate everyone.

Video of Joe Explaining The "I'm On A Boat!" Party

The Difference Between a Social Media Event and a Marketing Stunt

Some marketers may argue that event marketing is nothing new and that using a location-based service like Foursquare is just adding a new wrinkle. This is the wrong assumption. In interviewing Sorge, my biggest takeaway wasn't that Friday was his biggest sales day ever, it was that Saturday was his 5 th biggest sales day ever and that Sunday was one of his best as well. He explained that during the weekend, not special had happened to caus this burst in sales, especially considering professional sports teams were playing out of town and the weather wasn't particularly good. Sorge believes that the word-of-mouth buzz created by Friday's event and the speed in which it traveled online generated his best weekend ever.

Marketing stunts can drive a single day of traffic, but social media events can build sustainable and real-time word-of-mouth results that can have an impact on long-term sales.

With stories like AJ Bombers, it is likely businesses will want to determine how they can duplicate this success. Let's look at some of the factors that allowed Joe to be successful.

Where Do You Go After a Boat?

Coming up with this idea and using it to achieve sales records is an incredibly difficult thing to top. I asked Joe what he was planning to do next. His answer was surprising. While he is still thinking about mobile, he is going in a different direction. He said that over the next few months, customers at AJ Bombers will be able to pay for their bill and tip their servers via text message through a partnership he is working on with Venmo .

I am guessing for Sorge's next big Foursquare event, the only thing customers will need to bring is a phone.


How are you planning to leverage Foursquare and other location-based services to market your business?

How to Generate Leads for Small Business