6 of the Best Messaging Apps for Different Scenarios

I do. I remember downloading it to get through hours of a high school computer science class. I remember insisting to my parents that, no, it wasn’t a distraction from my homework -- even though, you know, of course it was. And, I remember when it pretty much stood alone in the world of instant messaging technology.

But are any of these apps better than the others? As it turns out, that depends on the scenario -- like if you’re traveling overseas, trying to communicate at cruising altitude, or just want to send a text message without a cellular connection. We found some of the best messaging apps for a variety of scenarios, and make our recommendations below.

6 of the Best Messaging Apps for Different Scenarios

When to Use It: While Traveling Abroad

HubSpot currently has offices in five cities. Much of the time, our employees travel between offices, especially when we all come together for INBOUND in Boston. And during those events, we have to communicate with each other, usually via mobile. But there’s a problem -- sending SMS messages while abroad often results in a hefty roaming charge, and international dialing from mobile devices can be complex if you don’t have a specific wireless plan that allows it.

That’s why WhatsApp is such a popular app among our traveling colleagues. It works particularly well for folks without international data or dialing plans, since it’s free to use over WiFi.

WhatsApp is most popular for its text messaging capabilities, but includes features that allow users to place voice calls and send photos over a wireless connection, avoiding mobile international calling fees. But be careful -- if you become disconnected from WiFi and haven’t disabled your device’s data roaming option, you could be charged by your wireless carrier for using the app over a cellular connection. 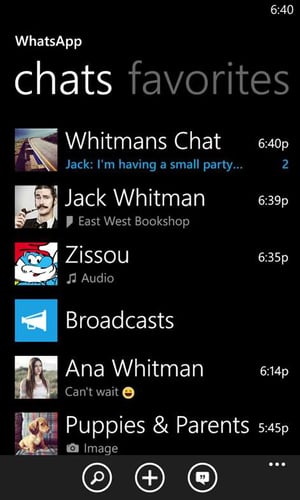 When to Use It: When You Already Use Google Voice

Hangouts, made by Google, tends to be a better option for people who already use its suite of products for, say, business. Its biggest differentiator from Allo is its ability to make calls -- it works well if you have an established phone number with Google Voice, and want to use that to make calls or send SMS messages. But you don’t need to have previously connected with someone specifically via Google to reach them -- you can use the app to reach the contacts who are already stored in your phone. Plus, it also has a video call interface.

For example, when I owned a small business in New York, I used Google Voice to set up a phone number for it -- one that had a local area code, unlike my mobile phone. Having the Hangouts App on my mobile device allowed me to make and receive calls using my business number, even when I wasn’t at my desk. That way, clients could reach me at any time, using one single phone number.

Many people are understandably confused about the differences between Hangouts and Google’s new messaging app, Allo. With the latter, contacts can still receive SMS messages from you via the app -- but not from a recognizable number. We’ll explain below. 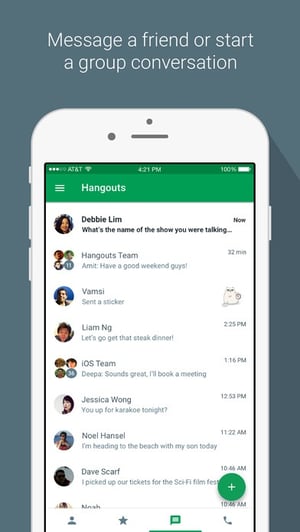 When to Use It:

Although they’re both made by Google, there are a few differences between Allo and Hangouts. First, Allo doesn’t (yet) have voice call capabilities -- it’s strictly used for text messaging. Plus, it only works on one device at a time, as the New York Times explains.

That said, it does offer some of the same benefits as many other mobile messaging apps, in that it doesn’t require a cellular connection and is free to use over WiFi. And like Hangouts, you don’t need to have previously connected with someone specifically via Google to reach them -- you can use the app to reach the contacts who are already stored in your phone. Plus, for any of those contacts who have Allo installed, the message will arrive via the app, helping them to avoid any SMS fees.

Allo’s biggest attribute is its integration with Google Assistant. Take this conversation about recipes -- having the assistant included with the messaging app makes something like planning dinner that much more seamless.

When to Use It: When You Need Walkie-Talkie Capabilities, Without the Clunky Hardware

During something like a major event, managers and planners might have to get a hold of each other immediately -- which, as crazy as it sounds, means that sending a text message might take too long. In situations like these, emergencies require the immediacy of something like a walkie-talkie, but without the clunky hardware.

That’s why apps like Zello are so helpful. They allow you to page someone immediately, like you would via radio communication, but don’t require any special equipment. Instead, you can download it right to your mobile device, and communicate with colleagues on there -- no phone calls or SMS messaging necessary. 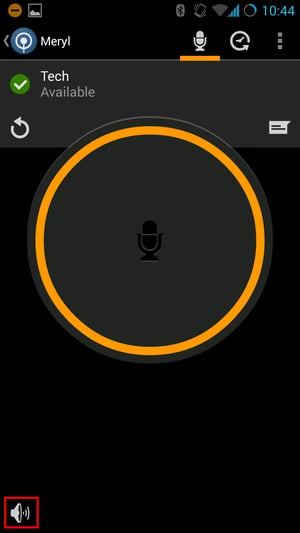 When to Use It: When You Have an iOS Device and No Cellular Connection

We’ve written before about inattentional blindness, which is essentially the psychological term for not seeing what’s right in front of us, so to speak. That’s why we couldn’t leave Messages -- previously known as iMessage -- off of the list. For anyone with an iOS device, it’s right there, and often provides an easy way to communicate without a cellular connection.

Take a long flight, for example. Some airlines now offer WiFi connections that allow in-flight messaging across a variety of mobile operating systems. But for those that only permit old-fashioned WiFi, having access to Messages is one advantage of using the iOS -- you can still send text messages across a variety of devices, but only to other iOS users. To reach that portion of your contacts, at least, you don’t have to download a separate messaging app.

Another nice thing about Messages is its availability on MacBook devices, which allows users to send text messages to contacts via desktop -- including those who don’t use iOS, as long as your phone has a cellular connection. And because that’s powered by cloud technology, it should mean that those messages are synced across all iOS devices with the same Apple ID being used to send the messages -- MacBook, iPhone, and iPad, for example. 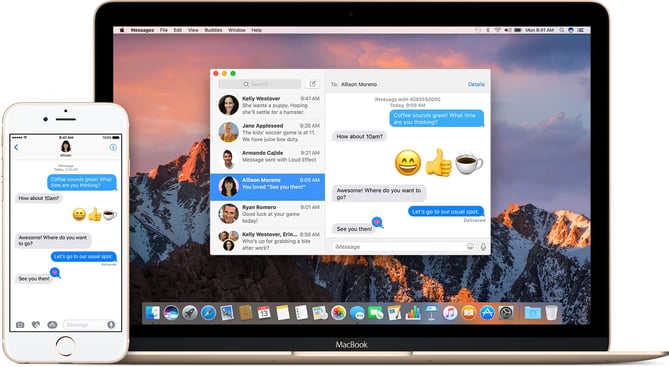 When to Use It: When You're Missing a Facebook Friend's Phone Number

Messaging apps that integrate with your contacts are great. But what happens when you need to reach someone who isn’t stored in your phone, but to whom you’re connected elsewhere, like Facebook?

That’s why the messenger app is so helpful. I’ve lost count of the number of times I befriended someone on Facebook -- socially or professionally - but we failed to exchange numbers. What happens if we want to make plans, or exchange other contact information, like email addresses? Enter Facebook Messenger.

It’s yet another app that works without a cellular connection, too. So if SMS simply isn’t an option, Messenger provides another way to instantly connect with your network. Plus, it offers voice and video call technology.

Taking a break from social media? No problem. You can use your phone number to set up Messenger -- which also syncs the app with your phone’s contacts -- and you can deactivate your Facebook profile, but still use Messenger to communicate with friends. 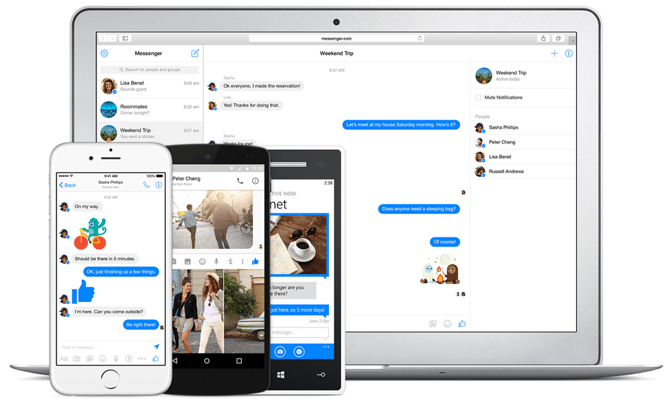 Back in those days of AIM, it would have been had to believe that, eventually, it would be this easy to reach someone. For the most part, all you really need is a smartphone and a WiFi connection -- with any of these largely free apps, you can use those two things to connect with the people you want to reach.

And the technology will only continue to progress. As AI continues to work its way into the zeitgeist and bots are taking on more responsibilities, this type of communication might come with even fewer technical requirements -- and effort.

What are your favorite messaging apps? Let us know in the comments.