I write a lot about creating an experience. 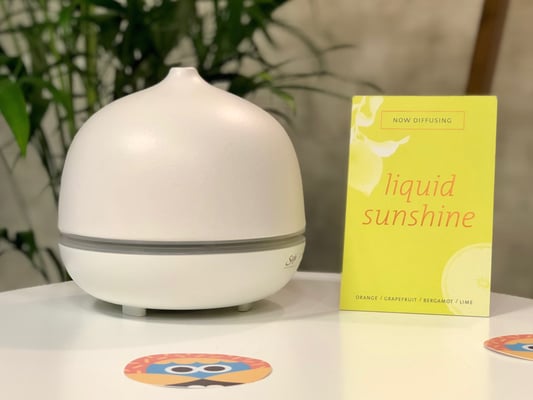 About humanizing. About authenticity. About telling a story. About being helpful.

In a marketing context, much of this boils down to the idea of your brand: about who you are, what you can do, and how that shapes the messages you send your audience -- and how you send them.

I closely align all of those things with the idea of a story. A brand story, perhaps.

But what I've learned at SXSW is: your story is as much about what you aren't as it is what you are, especially when you're creating an experience for your audience.

Here's how I came to that conclusion -- and what I learned about how to tell a story.

What SXSW Taught Me About Storytelling and More

At SXSW, there's been a great deal of buzz around the term "brand activation," which branding firm Cramer defines as "any campaign, event, or experience that enables your brand to engage directly with consumers and build a loyal brand community around your product or service."

Which, coincidentally, is how I've always defined experiential marketing. Essentially, you're creating a real-life, hands-on way for people to experience your brand -- or, as the saying goes now, activate it.

And at SXSW, these types of experiences are everywhere -- whether it's from YouTube, Mercedes-Benz, Google, or an app for meditation (in this case, Headspace).

Each one of these experiences centered around a single phrase or keyword. YouTube's, for instance, was the concept of stories -- classic ones, like fairy tales, that were retold in its big red "house" (the "YouTube Story HQ") by way of digital videos the audience could interact with. 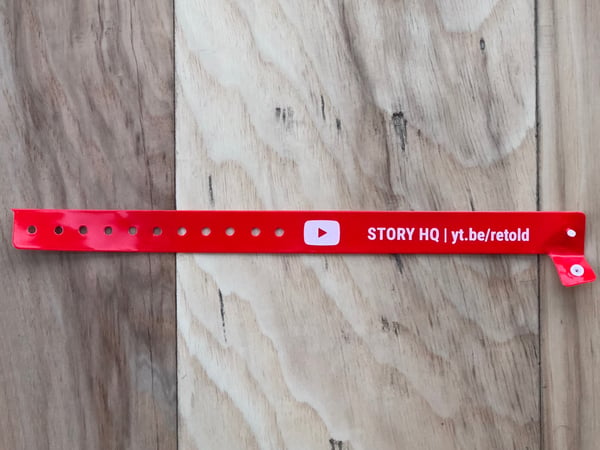 When users first arrived at the house, they were asked to blow into a microphone. Why? Because they were being inserted into the role of the big bad wolf from the story of "The Three Little Pigs" -- and by blowing into the microphone, they would see by way of a video broadcasted on a screen above it what would happen to that little pig's house.

(Full disclosure: I didn't actually know what I was doing at the time and felt terrible for blowing down the pig's house, even if it was just a fictional video.)

But here's the thing: at the core of YouTube's brand is video, whether we use the platform to view it, create it, or share it.

And by participating in this experience -- I was activating the brand.

What isn't necessarily central to the YouTube story, however, is the concept of fairytales -- especially in the context of recent scrutiny its received for some of the content shared on the platform and how the company is handling it.

When the average online consumer thinks of "YouTube," I would predict the first associations that come to mind aren't the tales of Rapunzel, Little Red Riding Hood, or The Three Little Pigs. Personally, I think of makeup tutorials, hours-long videos of relaxing music that I leave on for my dog while I'm at work, and "Saturday Night Live" skits I missed.

But fairytales? Not so much.

Which is what makes what YouTube did at SXSW so brilliant. It took something not associated with its brand and used what it's known for to re-tell these classics in the best way the brand knows how: by way of video. 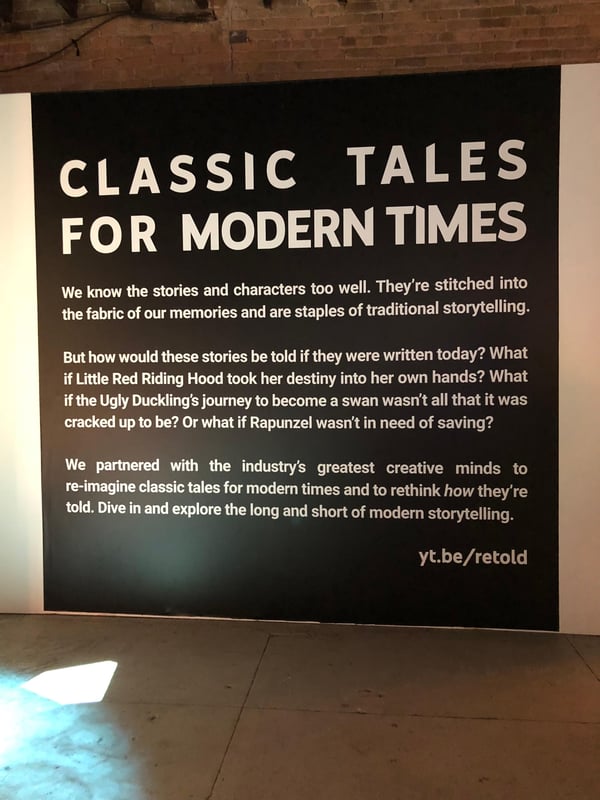 The keyword for this story was "smart."

One of the first sessions I attended at SXSW was a talk given by Wilko Stark, VP of Mercedes-Benz Cars Strategy, on little-known facts about self-driving cars.

What underscored his points was the idea of automobiles as intelligent machines -- cars that are smart enough to take care of themselves and navigate their surroundings in a way that allows passengers to carry out their day-to-day lives during the ride. 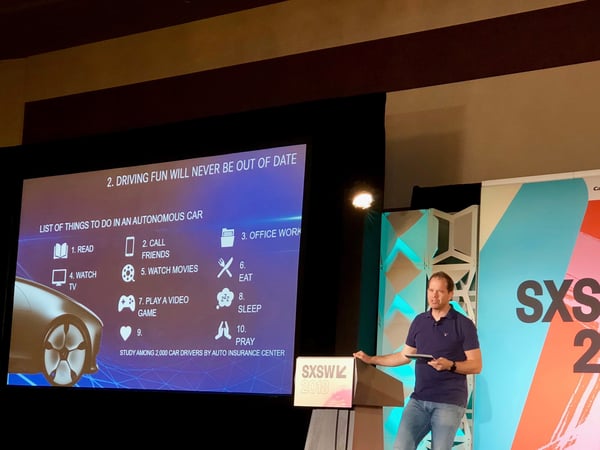 And that's a key component of this story: not just the smart factor, but how it helps the audience.

It reminded me of something Facebook Product Design Manager Tutti Taygerly said at a different panel: "Anchor on the core people problem, and then figure out, 'What is the work?' 'What are the use cases?'"

Mercedes-Benz had quite a widespread presence throughout SXSW that went far beyond this talk. In fact, the brand took over a park in Austin to create an entire multi-installment experience based on the foundation of "smart," in the form of cars, homes (in this case, a "Kasita"), and more. 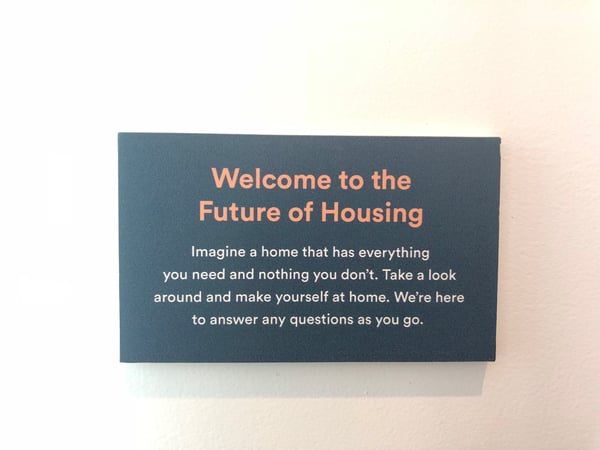 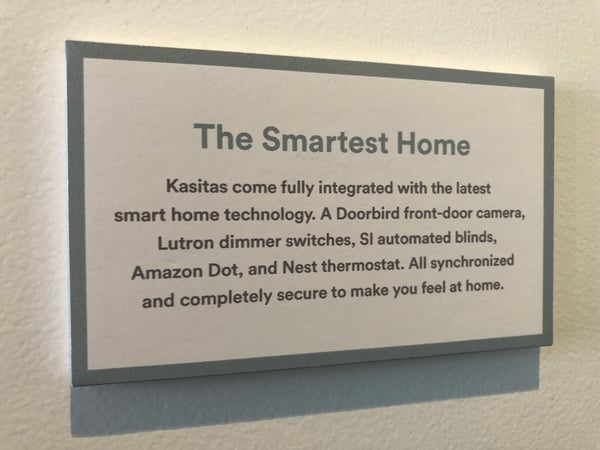 But wait -- Mercedes-Benz doesn't make homes. At the core of its brand is cars: high-end, luxury, and often expensive cars. So what place did the idea of smart homes have this experience?

The "smart" part. Mercedes-Benz is building the concept of intelligence into its brand, whether it's by way of autonomous technology or vehicular efficiency, the latter of which was made apparent in this somewhat compact but well-equipped car that I got to take for a make-believe spin: 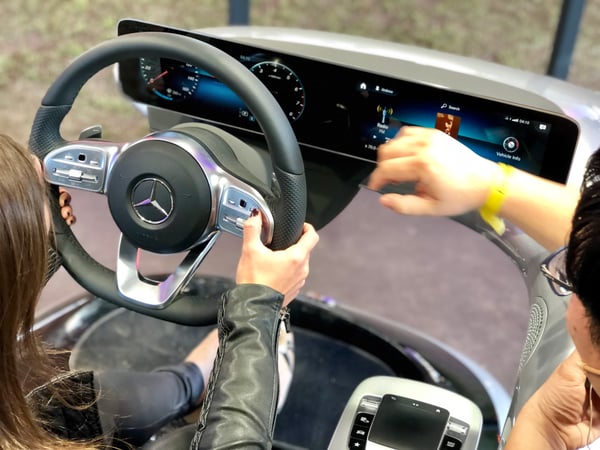 Plus, it was a really cool thing for the audience to see an experience under the Mercedes-Benz name. So, while this particular brand doesn't build houses -- it can build an overall smart experience. And to do that, it partnered with another brand -- Kasita -- to help.

Headspace is an app that provides users with guided meditations, mantras, and other calm-inducing experiences. It's something you find on your phone and experience virtually.

But at SXSW, Headspace brought that experience to life with its "Room to Breathe."

It's not always easy to bring something like a mobile app to life in a tangible, hands-on way, especially when that app is what Wired once called "incredibly ironic": a digital service that's meant to give us space from, well, our often over-connected digital lives.

Here, it made sense. For all the benefits of SXSW, it could also be described as overwhelming: a constant sea of music, film, panels, and brand activations.

But here, the brand was activated when attendees stepped away from the chaos and into a room with space to breathe. 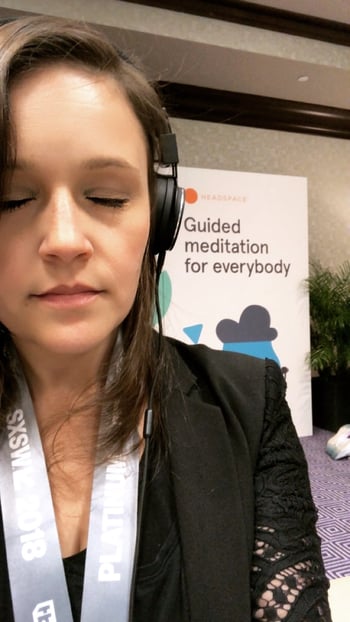 There wasn't anything particularly fancy about it. The room was small, and there were no big, shiny installations, with the minor exception of a projection screen that displayed guided mindfulness exercises.

Instead, there were small stations with mobile devices and headphones where users could read about different meditation exercises offered by the app and choose the one that fit their schedules. 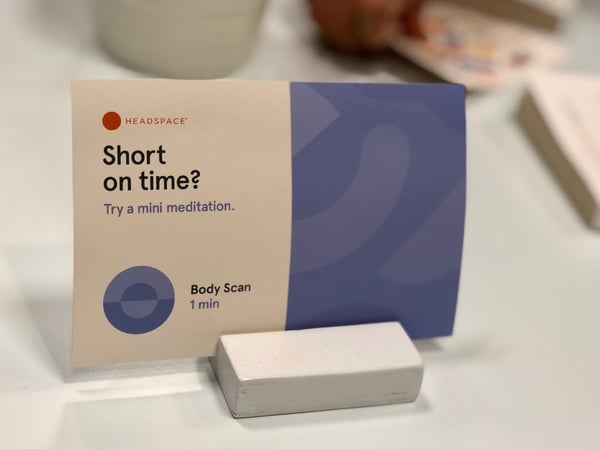 And that's exactly what the app itself provides: only here, it took place in person in a nicely-decorated room that also hosted daily guided meditation sessions by a human, not a recorded voice on a device.

The moral of this story, I thought, was "pause" -- which was reflected in the simplicity of the story the experience told.

The question I pose now is this: What's your story?

In answering that, remember stories have more than one character. And while they have protagonists, that central character is supported by others.

The same is true of brands. Your story is about who and what you are -- the protagonist -- as much as what you aren't.

And when it makes sense to include what you're not in your story, that's where your supporting characters come in. Sometimes, that's a or something that's not in your primary offering but fits into your story and tells it in a way that creates a better experience for the user.

Here's to the occasional plot twist.