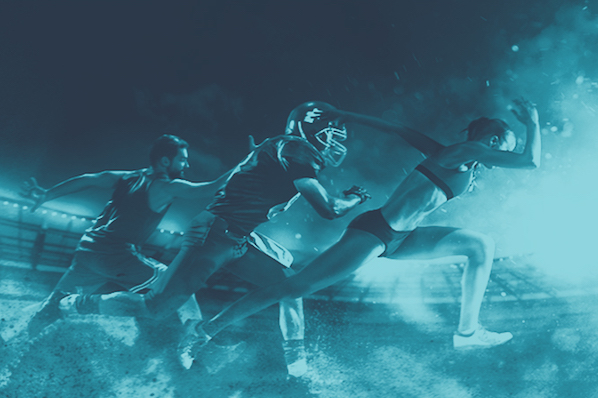 Welcome to The Science Behind Success -- a new blog series that explores the best ways to help our brains perform better at work. With psychological research and interviews with leaders in the field, we're showing you how psychology can help you overcome workplace obstacles and excel in your career. Because a little mindset change could go a long way.

When you take a look at the major champions of any industry -- including sports (LeBron James), music (Taylor Swift), or technology (Elon Musk) -- you might have one of two thoughts.

Alternatively, perhaps you think, "They are so talented."

To some respect, you'd be right -- they are lucky, and talented. But I'm willing to bet you almost never believe their level of success can be cultivated through certain strategies.

What if it could, though? What if, rather than pointing to genetics or favorable circumstances, we questioned the very mindset that brought such stars to the top? While it's undoubtedly not mindset alone (Taylor Swift can't just tell herself she's a good singer -- that skill needs to be inherent), it's also not skill alone -- if it was, plenty of singers of similar talent would be headlining global tours.

Undoubtedly, there's something else at play here -- and if we're able to acquire access to the same "winning" mindset that helps champions become champions, we just might find strategies to perform better at work.

To dig into this theory, I spoke with Simon Hazeldine, a professional speaker, consultant in the areas of leadership, sales performance and applied neuroscience, and bestselling author of five books, including the one I spoke with him about -- "The Inner Winner: Performance Psychology Tactics That Give You An Unfair Advantage".

Hazeldine, who has a Master's Degree in Psychology, spoke with me about the core elements of a "winner" in any industry, how employees can use performance psychology to perform better in their roles (or, seek new ones), and how you can cultivate an environment in which you're able to reach your best professional self.

To learn how you can reach the same peak performance that accelerated LeBron James' career, keep reading.

The Core Elements of a Winner

There are four particular elements of a winner Hazeldine was quick to point out. These are:

I asked Hazeldine which element he believes employees should tackle first to perform better in their roles. He told me, "The thing to tackle first is goal clarity. A comprehensive review of over 100 psychological studies on goal-setting concluded that the beneficial effect of goal-setting on task performance is one of the most robust and replicable findings in the psychological literature."

There's certainly truth behind his point -- Googling "task performance and goal setting" will produce an abundance of psychological studies and theories, many dating back to the 1940's and 50's, when the concept of "goal setting" began gaining substantial credence in the scientific field.

One study, conducted by Mento, Klein, & Locke (1992), assigned three goals of varying degrees (from easy to difficult) to 114 students in undergraduate business courses. There was a fourth group, who were told "do your best." Then, each participant was asked to list uses (either four, seven, or 12) for common objects in one minute.

Interestingly, as the difficulty of the goal increased, so did task performance. This is likely similar to what happens to your work performance when you've set specific, difficult-to-achieve goals that, once achieved, might enable you to get that promotion.

The difficulty of the specific goal doesn't make you give up -- it makes you try harder.

More interesting to note, however, is what happened to the "do your best" group. This group, in comparison to the specific, difficult goals group, performed significantly less well. As Locke and Latham (2002) put it, "When people are trying to do their best, they do not do so. Do-your-best goals have no external referent, and thus are defined idiosyncratically. This allows for a wide range of acceptable performance levels, which is not the case when a specific goal level is specified."

Mento, Klein, & Locke's study suggests goal setting in-and-of-itself is not the only important element of a "winner" -- additionally, those goals must be strategic, specific, and personally significant.

The American Society for Training and Development conducted a study and found people are 65% more likely to complete their goals when they commit to someone else. To further ensure you'll succeed at setting and reaching your workplace goals, it's important you vocalize them to a manager or mentor.

How You Can Reach Peak Performance at Work

Now that we've examined goal-setting and other essential elements of a winner, let's consider how you might use other aspects of performance psychology to reach higher levels of success in the workplace.

I asked Hazeldine whether people should use performance psychology to help them succeed in roles they already enjoy and at which they want to excel, or as a tool to help them choose a career path in which they'd be most successful. In short, his answer was -- both.

"Performance psychology can help people to perform to a higher standard and use more of their potential in any situation or role," he told me. "However, if people give some in-depth consideration to their strengths, interests and passions, this should allow them to select a role for which they are best suited."

"When you occupy a role that plays to your strengths and passions, you are far more likely to accelerate your success."

This makes sense -- certainly, Elon Musk excels in his role in part because it's a role that plays to his strengths. While he might've found success elsewhere using similar cognitive methods, he likely wouldn't have found success to this magnitude.

Alternatively, it's difficult to perform to your peak performance if you're simply uninterested in your role.

However, let's say you're passionate about your role, and it's a role that plays to your strengths. Regardless, you'll still experience stress and other negative emotions in the workplace, which leaves you with an inability to perform at peak levels at all times.

Fortunately, Hazeldine notes, "Performance psychology can [also] help people build stronger levels of resilience or mental toughness, which will support them in coping with the stresses of the modern workplace. Stress management techniques, which are used extensively by elite athletes to cope with the pressures of competition, allow people to change and control how they are thinking and feeling … and can most definitely be used in the workplace."

Stress management techniques, or techniques used to help control and alleviate negative emotions to improve performance, might include some of the following:

For instance (though it might feel silly or unnatural at first), perhaps before the presentation you think, "I am strong. I am brave. I know what I'm doing. I am smart," or any other variation of motivational phrases. You might need to practice a few to see which feels most true to you.

It's important to note, you don't want to use any self-talk that feels dishonest. If you tell yourself "I am relaxed", when you're not, this tactic won't be effective. Instead, replace "relaxed" with "excited" to appropriately re-name the anxiety you're experiencing.

Another strategy you might use to become less stressed in the workplace is visualization. This strategy involves creating a specific, detailed image when you're in a peaceful environment, and are relaxed. Oftentimes, you'd pair this initial visualization with physical relaxation techniques -- like when you're getting a massage or doing yoga.

Then, before a big work presentation, imagine the same scene you've practiced envisioning in relaxing settings. This tactic can help you in three ways -- first, it provides a helpful distraction from the present moment. Second, imagining a peaceful scene can remind your unconscious mind it's okay to be relaxed. And third, scenes can eventually become a trigger for your body to recall the same sensations it felt when you first imagined the scene.

For instance, if you typically imagine the scene in yoga, when your body is relaxed, and then you visualize it during a presentation, your body might take cues to settle into the sensations it felt during yoga.

Ultimately, there's no one right tactic that will work for everyone. However, finding strategies to help you build mental toughness, self-efficacy, and a level of confidence in the workplace will undoubtedly bring you closer to experiencing the same "winning" mindset that skyrocketed other champions to the top of their industries.