The Most Popular Font Types in America [New Data]

How much thought do you put into the fonts you use for your visual content? 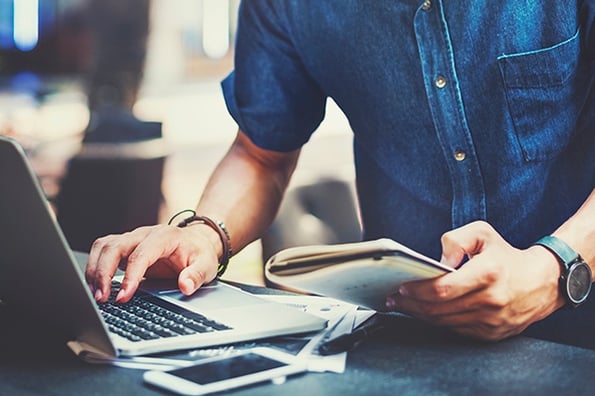 It’s worth taking a moment to consider which font will best communicate your information. For example, most people know that Comic Sans is a faux pas for more professional situations. But what fonts should you use?

According to a study we conducted over at Venngage looking at the most popular font types in America, it might be worth basing your font choice on where most of your audience is located.

We analyzed the 50+ fonts we offer to see which font types people favor, and how their preferences vary depending on location. Our analysis focused in on the top 25 most populated cities in America, since they’re the ones creating the most content.

Most fonts can be broken down into 5 distinct types: serif, sans serif, decorative, headline and script.

This infographic summarizes our findings:

Let’s go into what each font type is, and when you should use them in your visual content.

A “serif” is a small line or embellishment added to the end of a stroke in a letter. A serif font has serifs! Pretty easy to remember, right?

There are a lot of different fonts that fall into this category. Times New Roman is a classic example. Merriweather and Playfair Display are other examples.

When should you use serif fonts?

Take this presentation slide that uses Playfair Display for the title: 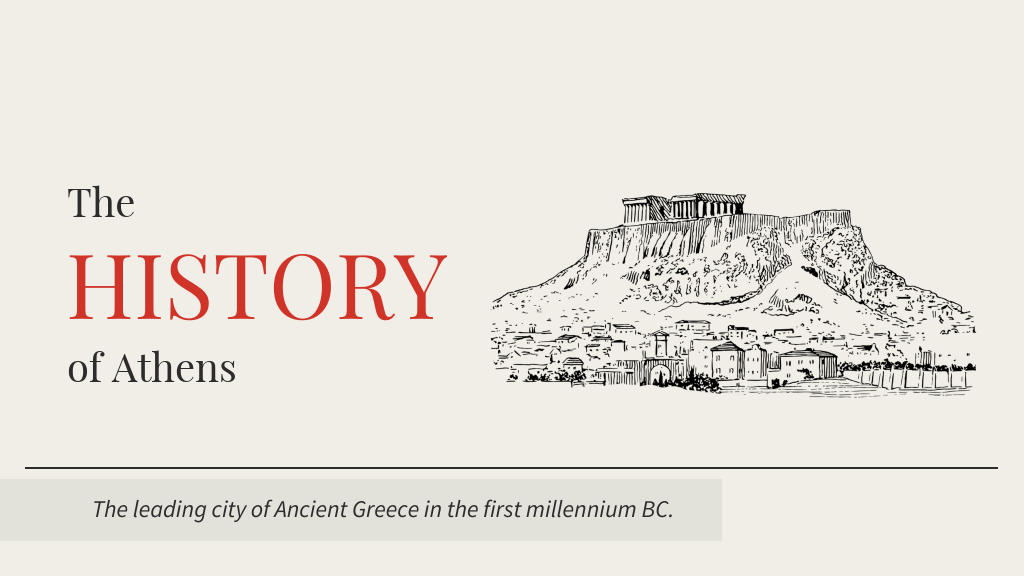 You might also want to use a serif font when you’re appealing to a primarily southern cities. Fort Worth, TX, Memphis, MS and El Paso, TX all used more serif fonts than the rest of the country. Nostalgia runs pretty deep in the South -- perhaps that influences their font preferences?

States that liked serif fonts the best on the whole are Delaware, Nebraska and Vermont. Delaware promotes itself as the “First State”, and that love of history might influence its residents’ tastes in fonts.

You can probably guess what sans serif fonts are. That’s right…they’re fonts without serifs. Fonts like Open Sans, Arial and Oxygen.

When Should You Use Sans Serif Fonts?

Sans serif fonts have a modern and efficient feel. They are also generally thought to be easier to read than sans serif fonts, although legibility often actually comes down to characteristics like weight and distinct letter forms.

Still, most sans serif fonts will be a pretty safe bet for narrow and low-resolution screens. That’s part of why most websites and mobile apps use sans serif fonts, particular for body text. Open Sans, Roboto and Oxygen are a few popular choices (we use Roboto and Open Sans at Venngage).

For example, this social media marketing infographic uses Raleway for the headers and Open Sans for the body text: 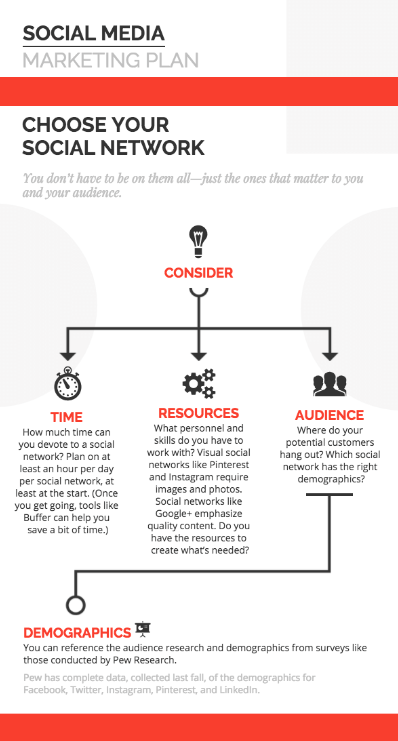 Interestingly enough, cities that favor sans serif fonts are pretty spread out. Sans serif fonts are most popular in San Francisco, CA, which makes sense when you consider how many tech companies are located there. They are are also very popular in Houston, TX (another tech hot spot) and Charlotte, NC.

On the state level, sans serif fonts are most popular in Arkansas and Utah. Considering how Salt Lake City is emerging as a tech hub rivalling Silicon Valley, you can see how this mountain west state would appreciate modern sans serif fonts.

Decorative fonts characteristically have plenty of embellishments and quirky themes. They’re generally used in small doses and sized large for headings, rather than used for body text. These are different from headline fonts, which are more basic fonts that are typically used for headers and titles. 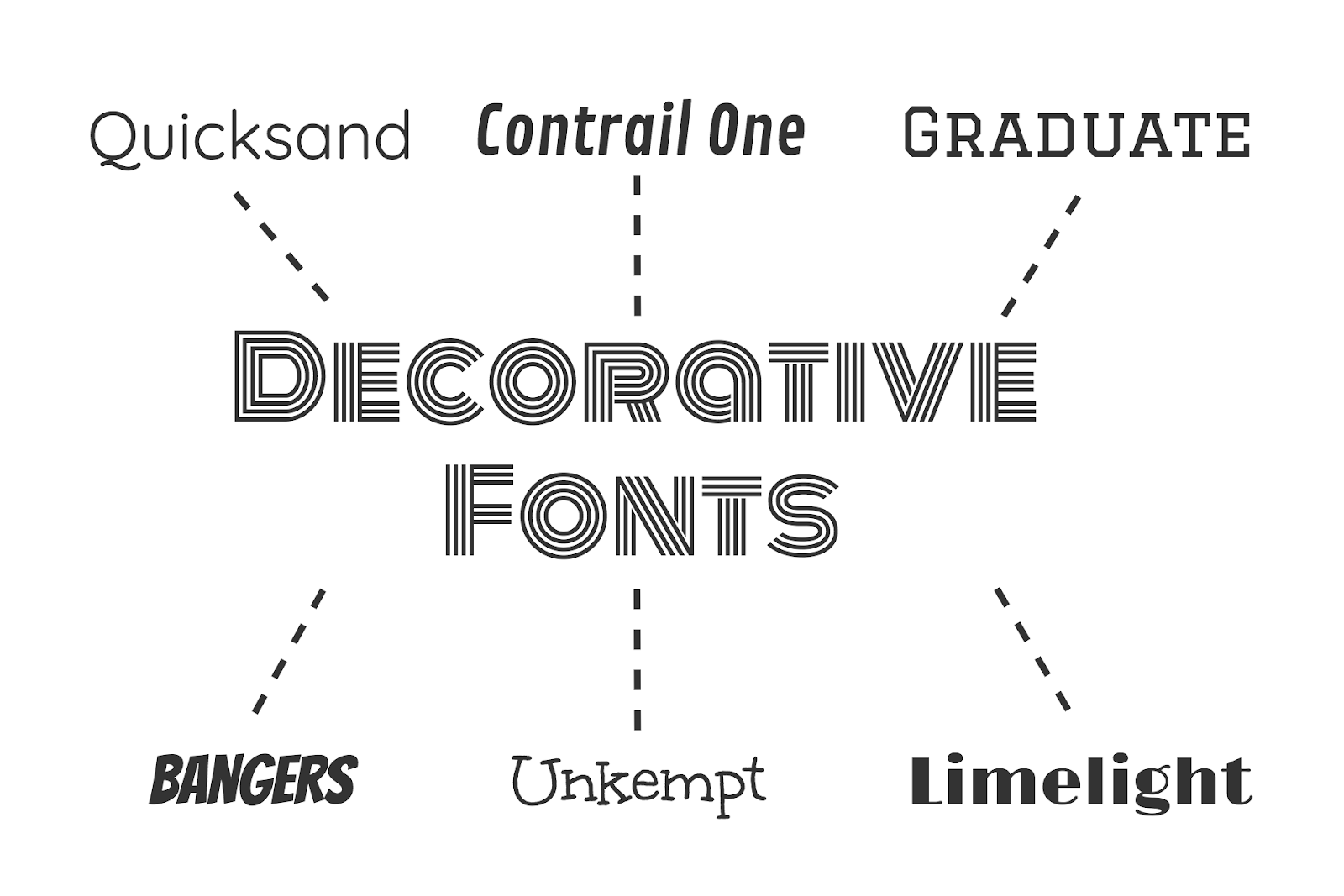 Some examples of decorative fonts are Graduate, Bangers and Contrail One.

When should you use decorative fonts?

Because decorative fonts can be pretty out-there, they’re generally not the best choice for body text. Instead, they are perfect for using in attention-grabbing headers. Infographics, blog headers, posters, and social media visuals are all perfect opportunities to use a creative decorative font.

Look for a decorative font that reflects the theme or mood of your visual content. For example, if you’re designing an infographic about the movie industry, writing the headers in Limelight can give your infographic a classic, retro feel.

Decorative fonts are also great for using in social media promotions where you want to get people excited about your brand.

For example, this social media flyer uses Quicksand and Monoton for a fun feel: 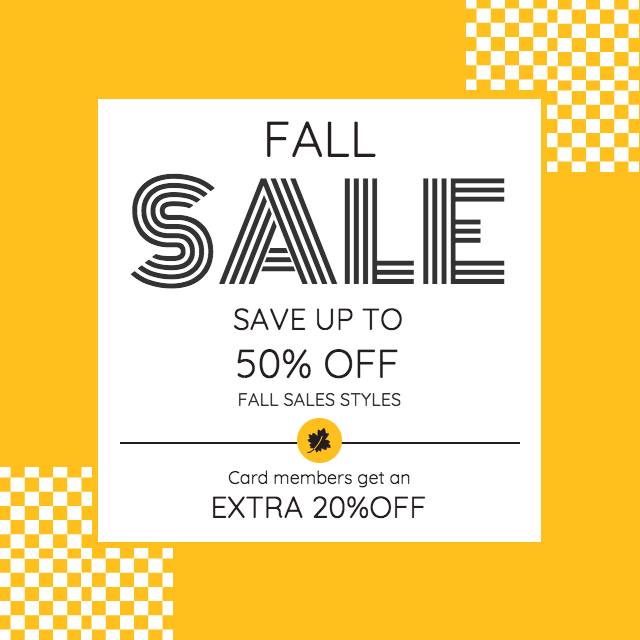 Decorative fonts are most popular in cities like Indianapolis, IN, El Paso, TX and Boston, MA. On the state level, though, decorative fonts were by far most popular in Hawaii. That’s interesting when you consider how much tourism Hawaii gets per year--perhaps advertising campaigns are taking advantage of flashy fonts?

Headline fonts are bold, easy to read and full of character. They’re similar to decorative fonts but tend to be less embellished. They’re designed to be eye-catching and impactful. 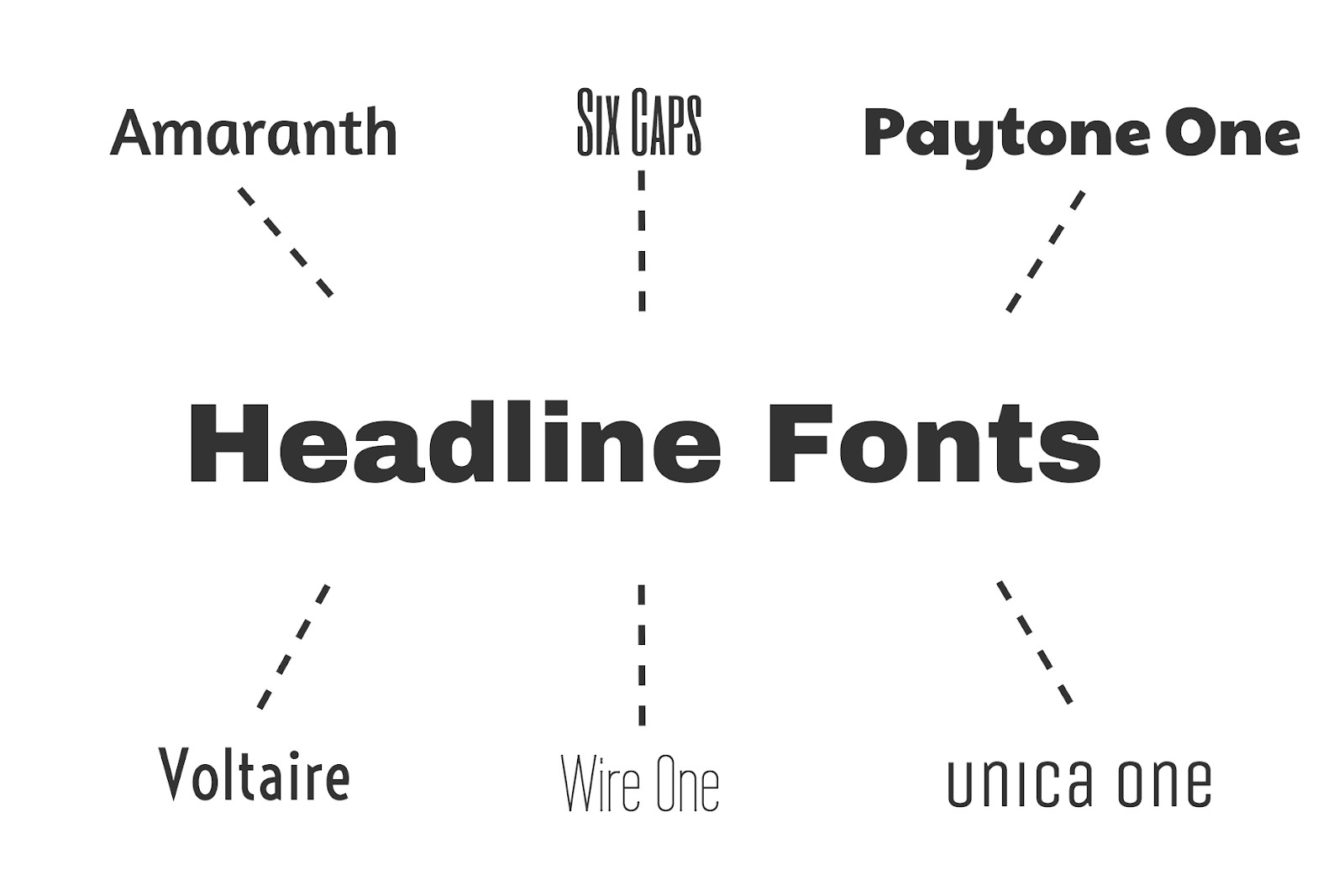 Archivo Black, Voltaire and Wine One are all examples of headline fonts.

When should you use headline fonts?

Any situation where you want to grab people’s attention is a good opportunity to use a headline font. Blog posts, reports and presentations are all places where you are likely to want attention-grabbing headlines.

For example, you could create a slide deck that combines titles in Arvos with body text in Dosis for a modern, easy to read presentation design: 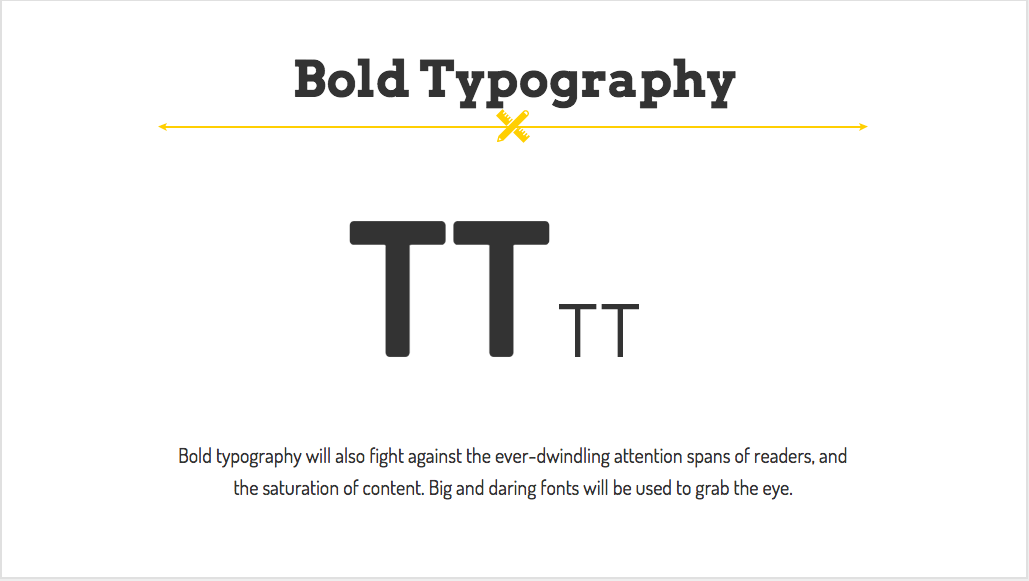 Headlines fonts are most popular in Philadelphia, PA, which is funny when you consider that Philly has a reputation for being in-your-face. But Philly is also home to Comcast, one of America’s biggest telecommunications conglomerates. Plus, The Philadelphia Inquirer is one of America’s longest running newspapers. So maybe Philly folks appreciate a bold headline.

Interestingly, West Virginia likes headline fonts on the whole. Outside of that, western and midwestern states like Idaho, Nebraska and Montana like headline fonts best. Keep that in mind next time you create content to appeal to those regions!

A lot of script fonts get a bad rep, but they deserve a place in your design repertoire. Script fonts resemble handwritten text. That means that they are not as clean-cut and easy to read as basic serif and sans serif fonts, but they definitely bring personality to your designs. 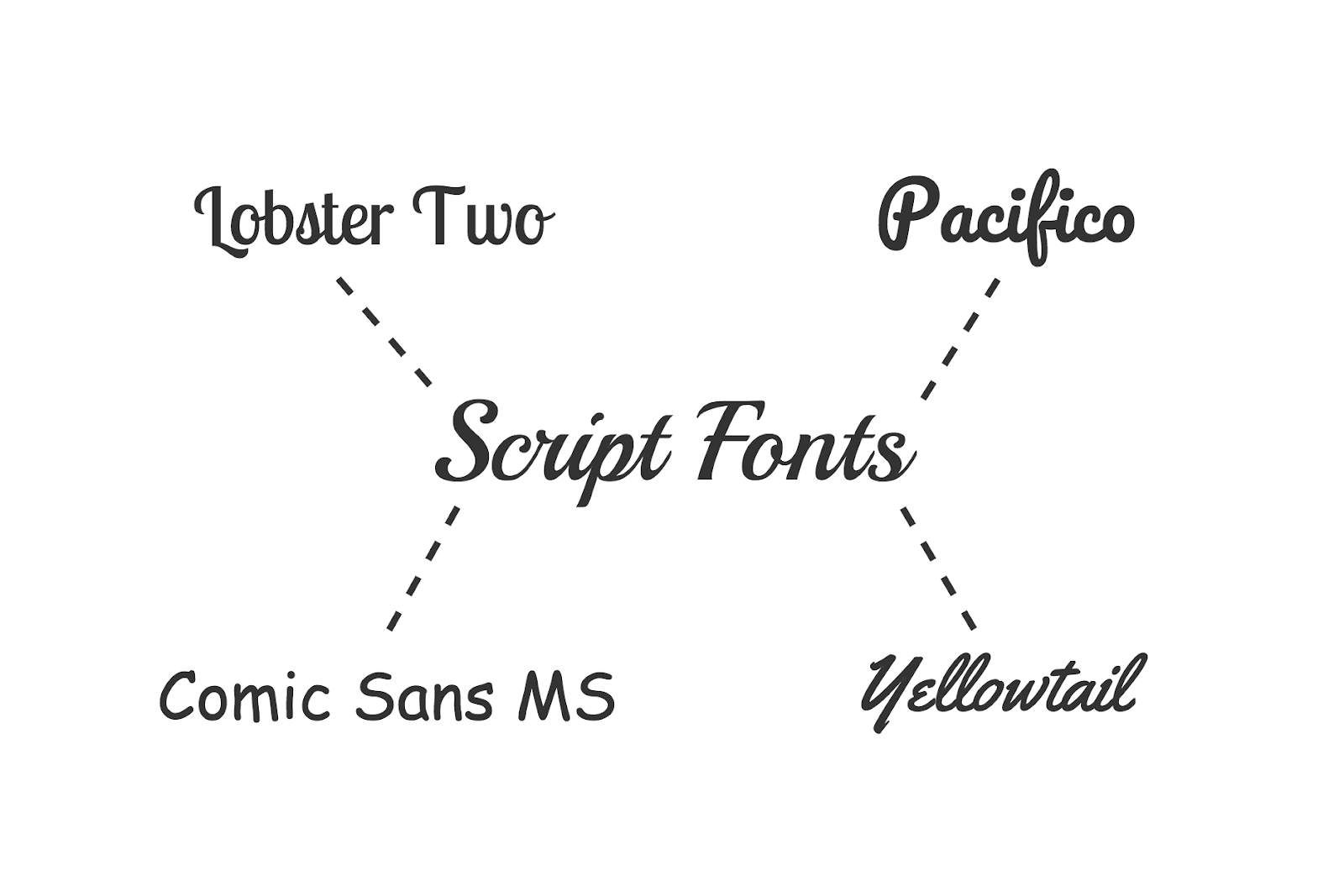 Fonts like Lobster Two, Pacifico, and Yellowtail can all enhance your design when used sparingly. And maybe even ... Comic Sans (I’ll leave that up to you).

When should you use script fonts?

The key to using script fonts in your designs is to use them scarcely. They should be used to accent your content -- and should definitely not be used for body text.

One place where script fonts won’t look out of place is on a greeting card: 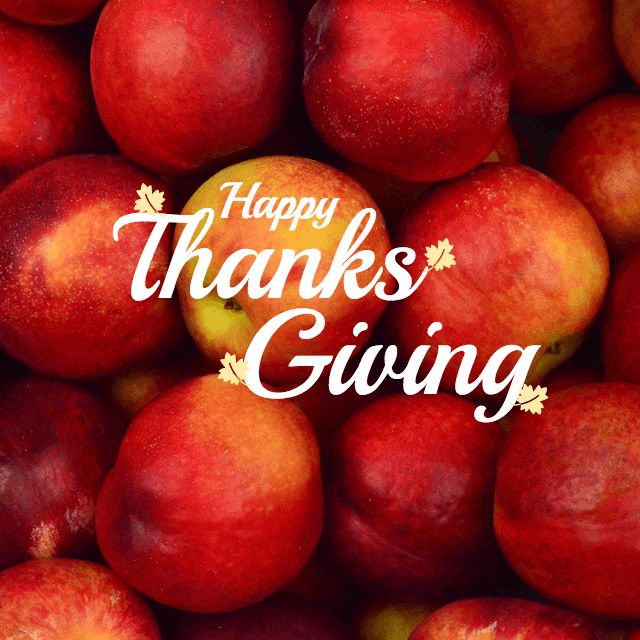 Similarly, you could use a script font in an Instagram visual. Posters and infographics that focus on lifestyle topics like baking or home decor could also make good use of a playful script font.

Script fonts can give your design an inviting and personal feel. For example, you might want to use a script font for the headline in an education poster. Or take this nonprofit campaign poster, which uses Unkempt for the header to make the message inviting.

No one city outranked the rest in its use of script fonts. Nashville, TN topped the list, followed closely by Dallas, TX. Perhaps a connection can be found in the frequent use of Gothic script fonts in typing out religious quotes, since southern states are generally the most religious.

The trend carries into the state level. Nevada tops the list, but it’s followed closely by West Virginia, Vermont and South Carolina.

Pick Fonts That Fit Your Brand

While it’s good to have at least an idea of what your target audience likes, you will have to find what they respond to best through trial and error.

Perhaps more important than putting too much stock into what fonts your audience will like is picking fonts that fit your brand. Pick fonts that help embody your brand’s personality and message and incorporate those into your visual content. After all, cohesive design is an important part of building brand awareness!