What Is Crowdfunding? [FAQs] 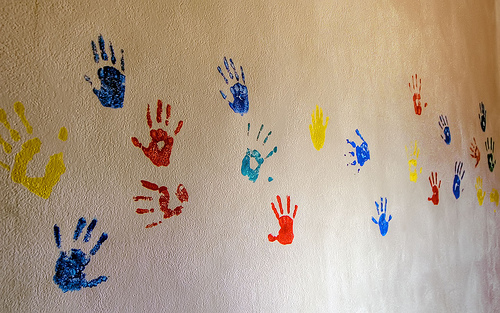 What if your donors could do more than just give to your organization? Crazy concept, right?

Actually, not so crazy.

Crowdfunding is the future of philanthropy, and has already been growing in popularity as a new channel of fundraising for thousands of nonprofits in the U.S. and the United Kingdom. If you're unfamiliar with it, well, this is the blog post for you.

Crowdfunding is all about collective effort. Think about the power one individual has -- and then multiply it by hundreds, thousands, even millions! When a lot of people get together and pool their resources, networks, and ideas, it can have a huge benefit for nonprofit organizations.

Of course, the internet has made all of this much easier, scalable, and resource-friendly for all parties.

And crowdfunding isn't going away, either. In fact, over the last three years, this topic has been featured more and more, according to Google Trends:

Who Can Use Crowdfunding?

Crowdfunding is used by nonprofits, to be sure. But a variety of other entities have used it to their benefit, too -- including independent artists, production companies, political campaigns, startups, and even scientific researchers.

But the nonprofit industry has seen the largest benefit from this fundraising trend and software companies, like Kickstarter and Indiegogo, are developing easy ways to implement crowdfunding for those that are unable to develop the technology themselves. This really allows organizations to focus on what they do best: fundraising, development, and engagement with constituents.

Many nonprofits take it one step further and translate their best practices of fundraising into instructional guides for individual fundraisers so they can be as successful as possible with their own peer-to-peer campaigns.

What Are the Benefits of Crowdfunding?

Crowdfunding is personal. When your constituents fundraise in the name of your organization, they're going to be asking those closest to them, whether it's friends, family, or colleagues, to give to their fundraising campaign. The personal connection between your fundraisers and their donors will likely result in a higher average donation value and a higher total number of donations. Remember, people give for emotional reasons. What's more personal and emotional than the connection between family and friends?

Crowdfunding provides exponential growth in awareness. Because you're leveraging your current audience who's familar with your organization to fundraise, they're also more likely to talk about your mission to their own networks. While some people may not give to a fundraiser's campaign, they're going to be reading or hearing about you from those fundraisers. The more people fundraising for your organization, the more people talking about you and spreading awareness.

Those that can't give, fundraise. High school and college students are increasing their volunteer involvement with organizations because many are not in the position to give yet. But for those students that are unable to give and/or volunteer, crowdfunding has become a successful alternative. Think about how you can develop lifelong relationships with students that start off fundraising for your cause and who will eventually turn into major donors and even staff members as they enter the work force.

How has your organization used crowdfunding to raise awareness and money? Share your success stories and tips to help other nonprofit organizations get started.