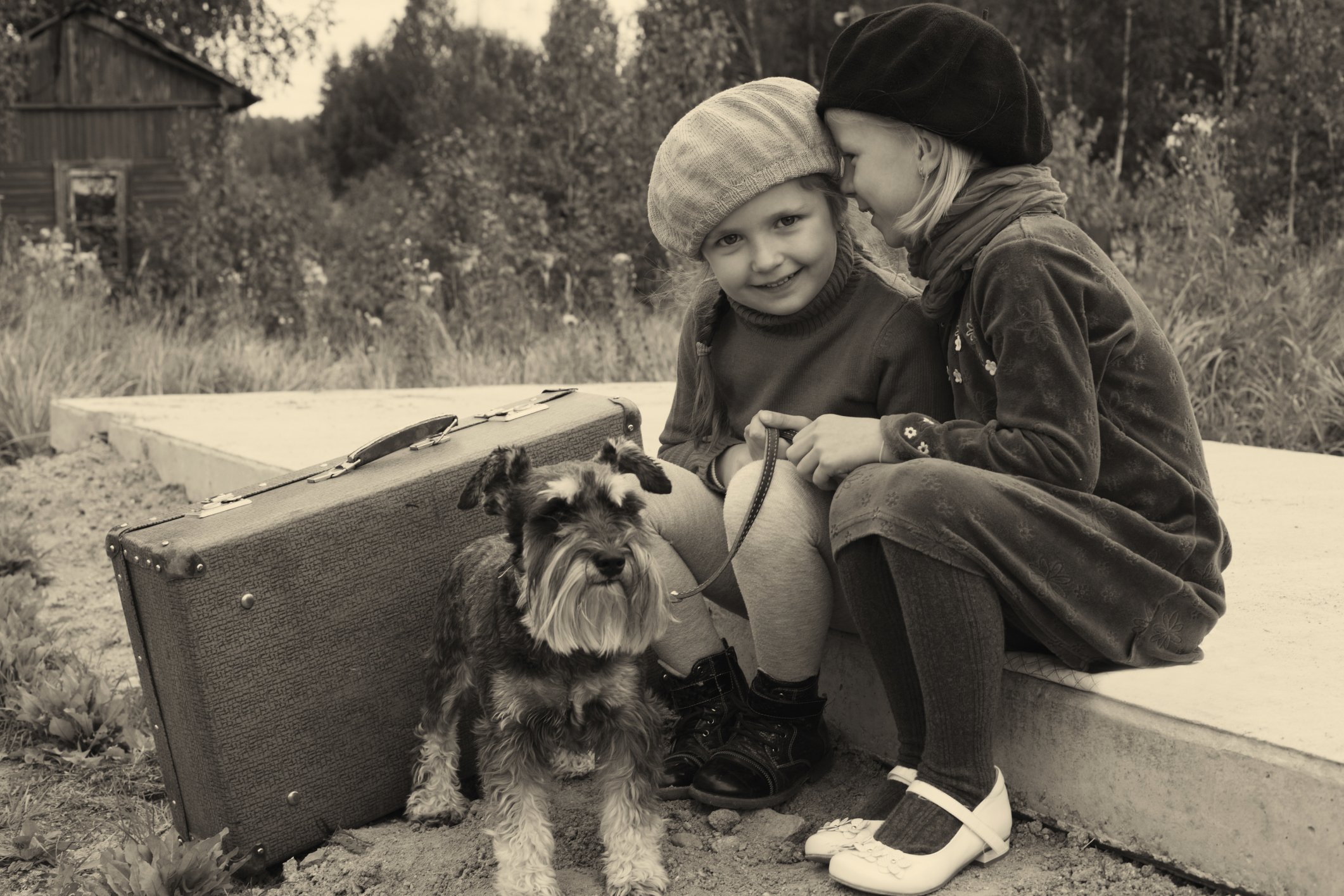 This is a guest post by Shane Snow, chief content officer at Contently, a New York company that connects freelance journalists with corporate assignments. The article first appeared on the Content Strategist blog.

In 2012, a pale woman with crazy eyebrows and a keytar strapped to her back made a video of herself, wearing a kimono and holding up hand-Sharpied signs on a street in Melbourne. One by one, the signs flipped, explaining that the woman had spent the last 4 years writing songs. She was a musician, and had parted ways with her record label, which had said the cost of her next album would be a whopping $500,000. She and her band mates were very happy to no longer be with the label, and had worked hard to create some great new music and art. But they couldn’t finish producing the record on their own. She needed people’s help to get it off the ground and to make what was now her business — independent music — work.

“This is the future of music,” one of her signs read. Another, “I love you.”

And then she posted the video on Kickstarter. In 30 days, it raised $1.2 million dollars. 24,883 people pre-ordered the album, bought artwork, or simply donated money. The album and tour became a huge success, and the artist turned her music into a real, profitable business. The woman in the kimono, if you haven’t heard this story already, was Amanda Palmer, and she went on to give a massively popular TED talk about the whole affair.

Palmer changed the game for independent musicians with that campaign. And she did it, not by simply asking for money, but by telling her story.

Get a style guide to writing in the internet age here.

Every few minutes, a new buzzword rips through the business world, skids, gets a few quick books written on it, and ends up in a pile of tired terms next to “synergy.” Today, one of the biggest corporate buzzwords is “storytelling.” Marketers are obsessed with storytelling, and conference panels on the subject lately have fewer empty seats than a Bieber concert.

Funny thing is, storytelling has been the buzzword off and on since advertising became a thing. It’s always coming out of the buzzword pile because, at the end of the day, it’s a timeless skill. Stories have been an essential driver of change throughout human history. For good and for ill.

And now more than ever, businesses, workers, and leaders have opportunities to stand out, spread messages, and make change through storytelling.

Good stories surprise us. They have compelling characters. They make us think, make us feel. They stick in our minds and help us remember ideas and concepts in a way that numbers and text on a slide with a bar graph don’t.

The reason Kickstarter works, and how thousands of creators have rallied the support of millions on its platform, is because it allows people to get their stories in front of others. And it doesn’t just allow it; Kickstarter requires it. Every project must have a video where the creators explain why they’re doing what they’re doing, and why they need help.

Unfortunately, in the era of PowerPoint and status updates, many of us have forgotten how to tell a good story.

As ubiquitous publishing and sharing tools transform our digital lives, storytelling is becoming uniquely essential. It’s no longer a luxury afforded to the wealthy ruling class or the companies who happen to own printing presses and delivery trucks. And as we spend increasing amounts of time consuming content by the streamful, storytelling is a skill that every business — and individual — will need to master.

Research indicates that 78 percent of CMOs think content is the future of marketing. And two thirds of marketers think branded content is superior to PR, direct mail, and print advertising. That’s huge.

This is largely because social media has gotten us comfortable having conversations with companies. Businesses are more than excited to put their content in our Facebook streams, next to pictures of our loved ones and story links from The New York Times. As the majority of corporations start thinking of themselves as publishers, the defining characteristic among the successful ones will be the ability to not just spew content, but to craft compelling stories.

Fact is, no one cares about your marketing goals. But everyone likes a good story. The businesses that can tell one (and there are some really good ones right now) will have increasing advantage.

We share billions of links every month, to tens of millions of pieces of content. As the deluge of content in our lives, and the means of accessing it, grows (Ahoy, Google Glass!), what stands out has to be increasingly compelling. Those who can create, find, and share the good stories will build followings, to their outsize advantage. 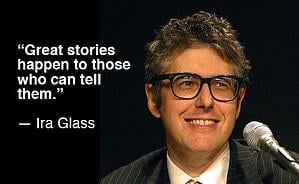 This goes for individuals as well as businesses. All things being equal, people with powerful personal brands have a leg up on getting jobs and being promoted to leadership within them. And personal brands are built on, among other things, telling and sharing great stories.

Additionally, the Internet means that like it or not we’re all competing for jobs in a global labor market, and millions of us will soon be freelancers. Whether employed or freelance or not, the best way to get the attention of and be memorable to the people who pay us (clients, bosses, donors) is to tell true stories in exciting ways.

Stories make presentations better. Stories make ideas stick. Stories help us persuade. Savvy leaders tell stories to inspire us, motivate us. (That’s why so many politicians tell stories in their speeches.) They realize that “what you say” is often moot compared to “how you say it.” (Again, for better or worse.)

And like Amanda Palmer’s flip cards endeared her to tens of thousands of strangers, stories can help us build businesses and independent careers. Sure, we need science and data to make the right decisions in life and work, but the best business books and keynote speakers use stories to help us retain to the points when the stats fade from memory.

There’s a Native American proverb on my office wall that says, “Those who tell the stories rule the world.” As technology increasingly intertwines us, I believe that’s increasingly true. It’s our job as businesses and workers and leaders to make sure the good guys are the ones telling the best stories.

And like any skill, we’re going to need practice at it.

Shane Snow is chief content officer at Contently. He's also a freelance writer whose work has appeared in Wired, Fast Company, and many other publications.