How to Create Radio Buttons in HTML [+ Examples]

While it seems like new web technologies are introduced every year to engage visitors, there are some that have stood the test of time and won’t be going away. In this post, we’ll be discussing one such element, the humble HTML radio button. 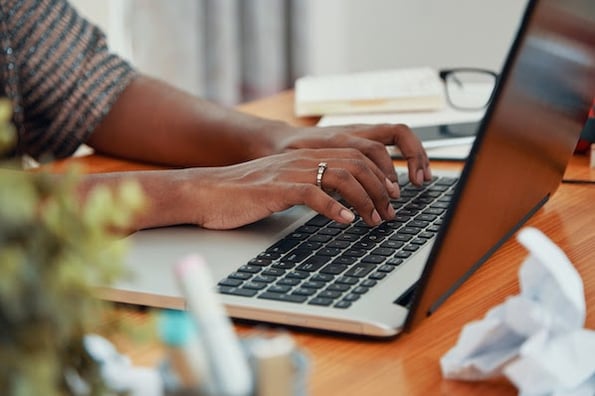 From contact forms to multiple choice tests, you’ve probably seen radio buttons before (even if you didn’t know exactly what they were called). These circular elements are a must-know if you want to gather user information from the front-end of your website.

Conveniently, HTML has a built-in input type for radio buttons, and implementing them on a page is pretty straightforward. Here, we’ll review what radio buttons are, when to use them, and how to code a form with radio buttons in HTML.

What is an HTML radio button?

In HTML, a radio button is an interactive page element for selecting one option from multiple options. A radio button appears as an empty circle when unselected. When clicked with the mouse or selected with the keyboard, the circle fills in to indicate selection, A radio button is paired with a label (usually text or sometimes an image) — this is what the user is choosing when they select a particular radio button.

Radio buttons are similar to another common interactive element, the checkbox. The differences between these two are small but important to note: Whereas radio buttons let users select exactly one option per group, checkboxes let users choose (or “check”) one, multiple, or no options per group. Users can also deselect a checkbox by clicking it — radio buttons don’t allow this.

I’ll admit this isn’t the most thrilling topic. However, mixing up these two can cause serious confusion from visitors. So, be sure to use radio buttons for “Select one” menus, and save checkboxes for your “Select all that apply” menus or your one-off questions (i.e., “Check this box if…”).

Now that we understand the purpose of HTML radio buttons, let’s learn how to make them.

How to Make a Radio Button in HTML

To create a radio button in HTML, use the <input> element with the type radio. This creates a single radio button that users can interact with:

Of course, we’ll need to add a bit more code to make this useful. Specifically, we’ll want multiple buttons and labels for each button. Here’s what a simple radio button group should look like, using just HTML:

Here we have three <input> elements of type radio, with some new attributes as well. There’s also a new <label> element for each <input>. Let’s review each thing we added to the code.

First, the id attribute is a unique identifier for the <input> tag. It can be used as a CSS selector for the radio button element, and it also unites the button with its corresponding <label>.

As mentioned, radio buttons come in groups. Use the required name attribute to group together a set of related radio buttons. In the above example, all <input>s share the same value for name, so they are treated as part of the same group. This lets users only choose one option in a group at a time — try it out above.

Next, the value attribute represents a unique value for the radio button. Users don’t see it, but this is submitted to represent the chosen option. For example, if the form above was submitted with the “17 years or younger” item selected, the system processing the form would receive the value age=child. If the user does not select any radio button, no value will be sent. If the value attribute is missing for the selected option, the form will send the default value on.

Note that <input> tags only create the radio button element, not the label. To label a radio button, add a <label> element after the <input> element and insert a for attribute with the same value as the id of the associated <input> element. Then, write your label text in the <label> tag.

While using <label> isn’t strictly necessary, it’s considered a best practice for two reasons. First, the semantically rich <label> element makes your website more accessible for people using screen readers. It tells them which label is paired with which radio button. Second, the for attribute lets users select a radio button by clicking the label itself in addition to the button, making your form easier to use.

Finally, the <br> (line break) tags put each option on a new line. Try removing these tags in the example above to place all options on the same line.

Radio button inputs have one additional attribute, the checked attribute. If included in the <input> tag, the button will be selected by default.

How to Put HTML Radio Buttons in a Form

What good are radio buttons if users can’t send in their responses? That’s why radio buttons usually go inside HTML forms. The HTML <form> element contains child elements that collect user input, such as <input type=”radio”>.

To make a basic form with radio buttons in it, wrap your radio button grouping(s) in a <form> tag, and include a <button> of type submit at the bottom. When the user clicks “Submit,” their responses are sent to the form handler. See below for a simple form example.

Radio Buttons: A Simple Element for Your Forms

Radio buttons are everywhere on the web. In fact, they’re so common that HTML has its own input type for them, allowing anyone with HTML knowledge to insert them on a page. As long as the code is written properly, the browser will handle all basic functionality for you.

As a final reminder, make sure that you’re using radio buttons in the right cases. Remember to use radio buttons when you want users to pick just one option from a group, and checkboxes if you want to allow users to select multiple options and uncheck their selections.