Understanding What Python Is Used For (+6 Industries That Use It) 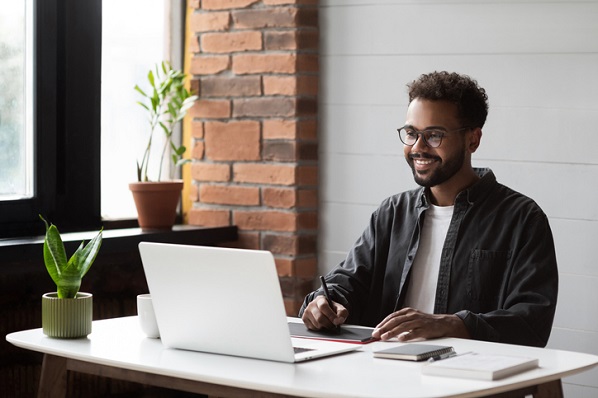 To be clear, we are not talking about snakes on the plane; we are talking about a pretty cool programming language that goes by the popular name of Python.

Python has been around for a while due to its flexibility because it can be used for several software purposes. Developers use Python for various projects like machine learning, finance, game programming, and web development.

Python is a general-use, object-oriented programming language released by Guido van Rossum in 1991. Since its inception, the Python language has developed software for computers, games, business applications, and much more.

Python is often used for machine learning over other languages like C and C++ due to its human readability. In addition, this language is versatile and user-friendly, particularly for building complex programs such as machine learning.

Python is also widely considered more intuitive than other languages, making it easier to learn and implement. When you couple that with the wide variety of frameworks and libraries, this language is a perfect choice for machine learning.

Why is Python used for machine learning?

With Python, developers can get prototypes and test models up and running quickly, allowing them to refocus their efforts where they are needed most — building out core features. One other significant advantage of using Python is that it is platform-independent, allowing you to build without worrying about its intended operating environment.

Since Python is an object-oriented programming language, it is an excellent choice for software of all kinds. The object-oriented nature is ideal for quickly assembling the tools needed to build out programs of all sizes and types. It’s perfect for software designed to carry out the complex tasks associated with data analysis.

Why is Python used for data analysis?

Python is an excellent choice for data analysis thanks to its simplicity and readability, reducing the workload for data scientists. It is also a flexible and easy-to-learn programming language, ideal for novices and experienced programmers alike.

Graphics improve the ease of understanding and comprehension when working with extensive collections of datasets. Thankfully, Python offers many visualization options for developers to maximize productivity in this field.

One thing that Python is exceedingly good at is mathematic computation, and for this reason, it is used frequently for complex programming. It is also a human-readable programming language making it easier for developers to build prototypes rapidly.

What else can Python be used for?

Python is a programming language that is easy to learn and robust enough for many different development projects. In addition, Python’s general-use design makes it an excellent choice for other development options; let’s look at some below.

Can Python be used for web development?

Web development nowadays can be done with a variety of different programming languages, and that includes Python. It can be used to create a beautiful Content Management System (CMS) or even stunning single-page apps (SPA).

How is Python used in finance?

Finance teams use Python for a few reasons; from its simplicity to its efficiency, it is a powerful tool for any finance operation. However, the low error and bug rate is another significant benefit of using Python with finance teams. In addition, the simplicity of Python means that software developers have fewer chances to make mistakes along the way.

Why is Python used for ethical hacking/penetration testing?

Ethical hacking (also known as penetration testing) tests software for vulnerabilities and bugs. Because Python is a high-level programming language, it is excellent for testing various types of software on a multitude of environments.

Python can be used to reliably interact with software directly or through language translation, which is a method of converting code in one language to code another. This process, typically done through other programs, reads high-level programming languages as input and creates output in the target language.

Python makes a great option for game development as it is developer-friendly and its ability to produce code with minimal bugs is a valuable benefit. It can also create data visualizations which provide a valuable benefit for creating and testing code.

Other Industries That Deserve an Honorable Mention

These are just a few examples of industries that use Python; others that use python as a primary language include some of the following:

Important takeaways on what Python is used for.

We’ve discussed Python and what kind of projects it can create. Next, let’s go over why it is so popular among so many industries and its value to development teams.

Why is Python popular?

1. Python is a general-use and object-oriented programming language designed to be simple and easy.

2. Python’s syntax is human-friendly and easy to understand, making it very user-friendly for any project.

3. Python is robust and has many libraries, frameworks, and module options.

4. Python is beginner-friendly due to its syntax structuring and simplistic design.

5. Python is a low-bug language and, thus, is suitable for projects where reducing error and bug incidents is a high priority.

6. As an open-source programming language, it has a large developer base and is well maintained within its extensive community.

The bottom line is that Python is popular because it is powerful, simple, and reliable.

Python for Loops: A Basic Introduction