What Is Source Code & Why Is It Important? 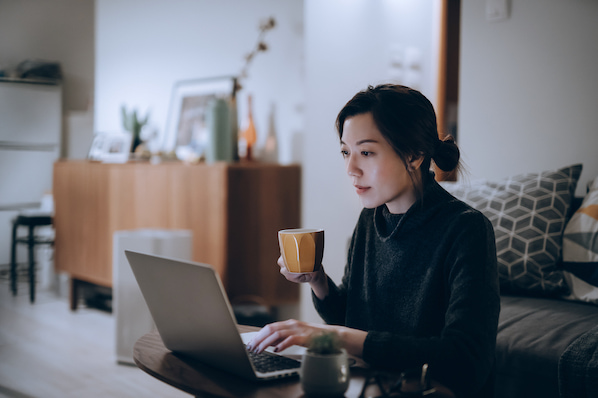 When building a piece of furniture, have you ever skipped the instructions and immediately began putting pieces together? If you have attempted this (in which case, no judgment, we’ve been there, too), you’ve probably quickly realized there’s a better way. Like constructing that pesky piece of IKEA furniture sitting in its box in your basement, creating a website is best completed by following directions.

Think of source code as instructions that guide you through the journey of creating a website's foundation. (Of course, there are other common uses of source code, too — but more on that later.)

Today, we will walk you through some of the most commonly asked questions about source code, beginning with the most obvious: what is source code? Once you have a basis of understanding, we'll dive deeper into the types of source code, how it's used, and even provide you with an example of it in practice.

What is source code?

When referring to 'source code,' we're talking about a collection of instructions programmers write using computer programming languages. Once the programmer writes a set or line of source code, it gets implemented into an application, website, or other computer programs. It then provides instructions to the website on how to function. Some programmers opt to streamline the process for developers even more by adding comments, which facilitates understanding and could lead to further adaptation.

It's also worth noting that a critical component of source code is that it is comprehensible for a human being to read. However, the code will later get translated into a machine language, thanks to a compiler. When the compiler translates the code, it is officially known as 'object code.'

What roles use source code?

Individuals can use a variety of computer programming languages to write source code. These include Java, JavaScript, C, C++, BASIC, PHP, Pascal, and Python.

What are the types of source code?

As you can gather from our answer to the question 'what is source code?' this topic is multifaceted. There are several different types of source code, and learning about them will help you gain a more robust understanding of why it's so valuable.

The types of source code include:

To fully understand the types of source code, it's helpful to have a comprehension of two concepts called implementation hierarchy and types of translation.

You can also use source code for outputs. These outputs serve a variety of functions, such as structuring a computer (at the highest level), software programs (mid-level), or even software features (lowest level).

Because all source code gets translated into machine code, this can occur through interpretation or compilation. These define the two unique types of source code.

What are some common uses of source code?

You have a clear understanding of the types of source code and what it is. Now, it's time to learn more about the everyday uses of source code. Some of these, such as building the foundation of a site, are relatively straightforward. Others may surprise you.

If you ask a programmer what the most critical use of source code is, they'll probably give you this answer. When an app, website, or computer program doesn't have a function that it needs, programmers can use source code to enhance functionality by adding it.

Another one of the primary reasons that programmers use source code is to create a foundation that web designers and developers can use to build onto and ultimately make new sites. A website's foundation can sometimes be identified as source code because it supplies instructions to help the website function and respond to user interactions appropriately.

Creating the foundation of a website with source code that could be unique includes the type of language programmers utilize. Remember that coding the website's foundation usually involves HTML, a markup language, but most programmers will use programming languages to write source code.

Don't forget about source code as a way programmers can share algorithms. Programmers can typically write source code using word processors or other text-based software, printing out physical copies of the code or saving it as a file. If another programmer wants to include the source code on a program they're working on, they would then be able to.

What is a source code example?

If you're curious about what source code looks like in practice, you're not alone. This source code example is in C language, but recall that you can write code in various computer programming languages.

In this example, the program gets instructions to print the text found inside the parentheses and quotation marks, so it appears on the screen. From there, if the source code were compiled and implemented on a website, the page would then the screen would show the text 'HubSpot Blog.'

Put source code to good use with your website.

Now that you know what source code is and its merits, you can begin to implement it into your website thus building a solid foundation for enhanced functionality. Whether you're writing source code or using previously created instructions, you'll quickly see the many ways to put it to good use.