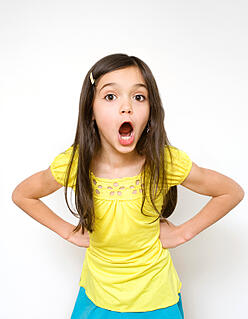 If you've been reading the blog lately, you're probably starting to notice the theme we've got going on this Marketing Transformation Week -- that the internet has fundamentally changed the way businesses must market to their prospects.

So why are so many businesses still failing to transform their marketing? As an inbound marketing company, we've heard every excuse in the book...

"I'm too old to really 'get' this internet marketing stuff."

"I'm a small business owner who wears many hats, and inbound marketing takes up too much time."

"My prospects don't use the internet or social media to shop for products and services."

The fact of the matter is, for every one of these excuses, we've come across businesses that have overcome these myths and transformed their marketing from relying on ineffective, outbound marketing tactics to instead taking advantage of modern, inbound marketing techniques to generate more business online.

If you could still use some convincing, read on, because it's time for some major myth debunking...

1. "I'm too old." Pish posh! You may not have grown up as a so-called 'digital native,' but that doesn't mean you're not an intelligent human being who can learn new skills. Sure, like any other new skill, there's a learning curve involved. But that doesn't mean you can't do it. Take Duncan Page as an example. Duncan is president of Louis E. Page, a family owned and operated fencing and mesh company that's been in business since 1893. Duncan may not have grown up using the web, yet he used inbound marketing to transform his business and expand his 6-person small business nationwide !

2. "There's no time." Nonsense! This is a big one among small business owners with few employees who find themselves taking on multiple roles within their organization. Yes, content creation takes time, but most small business owners who first bought into this myth and tried inbound marketing found that the return on their time investment was worth much more than the ROI of traditional, expensive marketing tactics like advertising, trade shows, and direct mail. With inbound marketing, time is money, and smart small business owners understand this. Consider the example of Tom Humphries. Tom is owner of 360 Signs, a commercial signage company with only 5 employees. Tom was convinced that the time he spends on inbound marketing is worth it when he was able to significantly reduce his pay-per-click spending, increase organic traffic by 700%, and double the number of daily leads his company generated . Even as a small business owner, Tom is still the primary blogger on the 360 Signs Blog .

3. "My target market isn't online." Ha! In 2011, eMarketer predicts that 73% of the U.S. population will be online . Whether you like it or not, today's consumers are taking more control over their purchasing decisions by using the information they find on the web to make better, more informed decisions. Let's revisit the success of our previous example of Louis E. Page, a company that's been in business for over 100 years. If an organization as traditional as a fencing company can reach its prospects through marketing transformation, what business can't?

What other excuses have you overcome in your quest to transform your business' marketing?