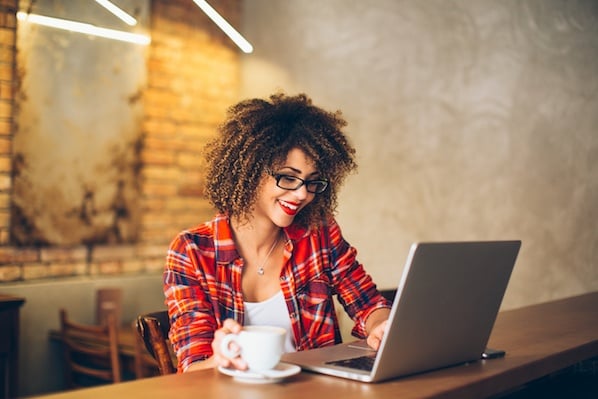 When you're trying to make a good first impression, a greeting is critical. Saying "Yo, what's up" to your new employer will evoke a different, likely more negative reaction than, "Hello, sir, it's nice to meet you."

A cover letter greeting is just as important as your first in-person salutation. It's a chance to demonstrate professionalism and even effort -- for instance, addressing your hiring manager by first and last name shows you did your research.

Here, we'll explore the best cover letter greetings you can use to ensure your cover letter is well-received.

1. Use "Hello" or "Dear" followed by first and last name.

If the job description includes the hiring manager's name, or if you've managed to figure it out through research, an easy greeting uses a full name with a "Dear" or "Hello" before it. Additionally, this helps prevent any awkwardness that could arise from mistaking someone's gender.

For instance, Carson could be the first name of a woman or man. To be safe, you'll want to address your letter like this -- "Dear Carson Kennedy" or "Hello Carson Kennedy".

2. Include their title if possible.

If you're writing to a hiring manager with a title like "Dr." or "Professor", include it in your greeting. It will demonstrate a level of respect, and since it's non-gender specific, it won't offend anyone.

3. If you don't know their name, you can still make it specific.

If you've done your research and can't find a specific person hiring for the role, it's likely because the company has a team assembled to delegate the hiring responsibilities. To address a letter to a team, figure out in which department or on which team the role falls. Then, follow this formula -- "Dear [Department] Hiring Team".

How to Address a Cover Letter Without a Name

You'll want to make every possible effort to figure out the name of the hiring manager who will receive your cover letter if there is a particular person assigned to the role. A customized greeting goes a long way towards helping your cover letter stand out in a sea of "To whom it may concern".

However, some companies don't assign one hiring manager to read cover letters. Instead, they might ask their recruiting team to assess the letters, or delegate the responsibility to various team members within a department.

If you can't find one hiring manager to address your letter to, there are some impressive, and less impressive, alternatives.

For instance, Saddleback College conducted a survey of more than 2,000 companies and found 40% of employers prefer "Dear Hiring Manager" as the number one greeting when you don't have a hiring manager's name. "Dear Hiring Manager" is an effective greeting because it doesn't make assumptions about gender, and it clearly states who you're trying to reach.

Alternatively, "To whom it may concern" is preferred by 27% of employers. If you're writing a letter to inquire about positions not currently listed on the company's careers page, this might be the most appropriate greeting.

It's likely best to avoid "Sir" or "Madam", since you don't know the gender identity of the employer who will receive your letter.

How to Write a Letter of Interest in 2021 [Examples + Template]

The 11 Best Cover Letter Examples: What They Got Right

14 Cover Letter Templates to Perfect Your Next Job Application