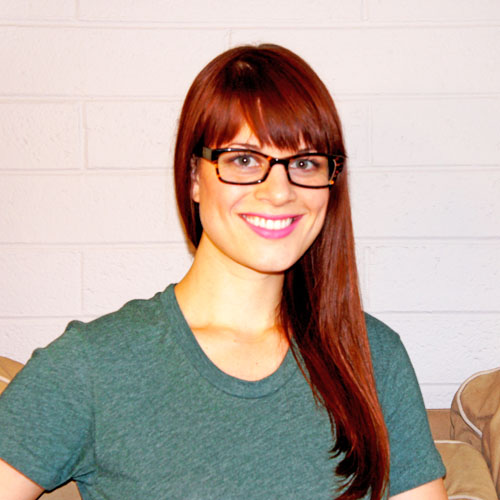 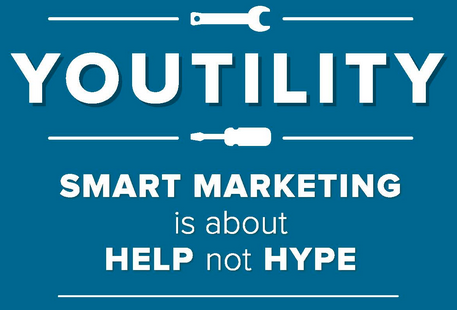 Have you noticed how your Facebook News Feed contains a stream of posts from your over-sharing aunt, your latest favorite band, the Whole Foods around the corner, that one popular girl from high school, and Yahoo! News? Now more than ever, brands are using the same digital real estate we all use to connect with peers, friends, and family to reach consumers.

Jay Baer, a marketing strategist, speaker, and author of a new, New York Times Best Selling book called Youtility: Why Smart Marketing Is About Help Not Hype, says this social media melting pot of brands, friends, and family creates an “invitation avalanche:” everyone and every brand is inviting you to read this, watch that, “like” it, then share it. We’re bombarded with these invitations masquerading as news, advertising, events, articles, and status updates. For companies, Jay says the only way to truly stand out amidst this information overload is to either be amazing (“Be like Zappos!”), which can be hard, or be useful -- a much more practical option.

If as a company you become massively useful, your customers will keep you close in their digital watering holes, just like friends and family. This is the essence of what Jay calls “Youtility,” marketing so useful people would pay you for it. (Except, of course, you don’t charge.) Youtility is marketing consumers want to consume, not marketing brands simply want create.

Two of these examples of awesomely useful marketing you’ll find discussed in greater detail in Jay’s book (along with many other examples). I added one to the mix (can you guess which one?) 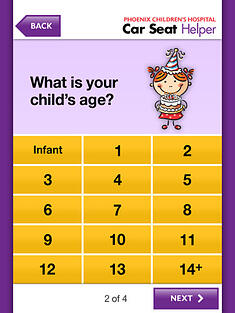 If you are/were a parent, which would you trust more with your injured child: a hospital that has made a proactive effort to keep your child safe, or just any old clinic around the corner?

Parents everywhere -- not just in Phoenix, Arizona -- struggle to select the safest car seat for their children, especially with an array of models, colors, and sizes to choose from. Instead of grabbing one out of 45 models off the shelf at Babies “R” Us and risking an accident, PCH created an award-winning mobile app that would recommend the ideal car seat based on a child’s height and weight. The app wasn’t just downloaded and used by tens of thousands of parents; it found its way into numerous police and fire safety training programs spanning from California to New Jersey.

You know what else is cool about the app? PCH didn’t fetch all the information to create the app from scratch. The American Academy of Pediatrics already had a brochure with the data and recommendations in the hospital’s Injury Prevention Center, but it wasn’t packaged in a way that made it as helpful as it could be.

Like PCH, your company can create Youtility by simply building upon an idea that already exists.

Music is created to be heard, right? But as a musician, how do you enter a growing number of ears when the volume of music in the world is produced, remixed, published, and shared faster than it can be consumed? You enhance the listening experience.

That’s what Björk did with Biophilia, the album she released in July 2011. Unlike typical albums, Biophilia was released in partnership with Apple as a series of ten apps for the iPhone and iPad. Each app allowed fans to explore a different song within a new virtual, 3-dimensional universe that included gaming elements, lyrics, and access to essays and artifacts Björk used for inspiration when creating each song. The apps even included visualizations to watch while listening, or snippets of the songs to manipulate and create as your own. Watch the video below to see what I mean.

Biophilia is Youtility; it’s so useful it’s being used to teach children about music and science in Iceland. It’s so useful it tempts fans and non-fans alike to purchase the app. And even two years after its debut, the album is in the news: recently, a startup in San Francisco helped make the iOS-only app available on Android to reach an even wider audience -- school music programs with slashed budgets in particular. How’s that for helpful? 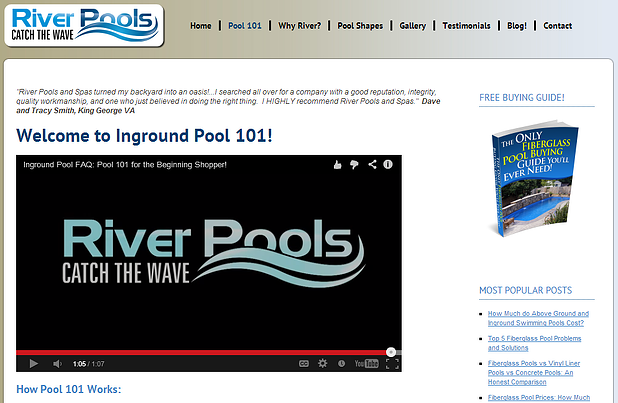 The foreword to Youtility contains a business success story written by Marcus Sheridan, a marketing consultant known as “The Sales Lion,” and co-owner of a pool company in Virginia called River Pools and Spas (who also happens to be a HubSpot customer). I won’t spill all the beans for you, but I will sum up the River Pools and Spas like so: while facing “complete financial ruin” at the beginning of 2009, Marcus made the decision to “act like a swimming pool consumer instead of a swimming pool installer.” This changed everything.

The first thing he did was brainstorm every question related to pools he was ever asked by prospects and customers, and then he started answering each in a separate blog post. Week after week, Marcus added more posts answering more questions. Today, River Pools and Spas is the most trafficked pool website in the world. River Pools and Spas answered questions its competitors were too afraid or too lazy to answer in its Pool 101 article and video series, and throughout its entire blog. As a result, potential pool buyers trust River Pools and Spas with their pool purchase because they learned everything they needed to know from their content. Youtility doesn’t have to be an elaborate app or digital experience; it just needs to be wanted by consumers.

So, how do you go about creating marketing people actually crave?

The 6-Step Path to Creating Your Own Inherently Useful Marketing

So, how can you be a Youtility marketer? Reference this checklist that'll help you establish whether the marketing content you're creating is truly helpful. I think you'll find being useful isn't that hard, and the rewards are worth the gut check. You can also read more about how to create Youtility for your company in Jay’s new book, and download and print this checklist if you prefer non-digital versions of your reminders ;-)

So, how does your marketing measure up? Are you investing in creating helpful marketing? If so, how? Share your stories in the comments!

How to Write an Incredible Startup Marketing Budget for 2020

6 Brands That Used Social Media to Boost Their Subscriber List