The One Mistake Almost Everybody Makes on Twitter [Quick Tip]

As I hope you saw (and enjoyed), we relaunched the HubSpot blog as a totally reimagined, multi-section destination for inbound marketing, sales, and insider tips. We even added a features-focused section (Up and to the Right) by our very own Dan Lyons. Naturally, since I was excited about this new chapter in HubSpot history, I tweeted. I forgot something, though ... 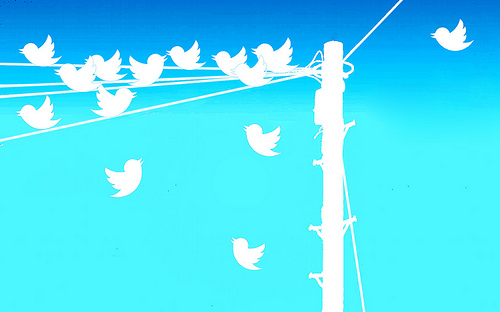 Did you spot it? No? I'll tell you then: I started the tweet by @-mentioning someone without adding in any character to start the tweet. The only people who could see that tweet would be HubSpot, me, and anyone who happens to follow both of us. My followers would never see that appear in their feeds.

This is a very subtle nuance to Twitter that plenty of folks miss: If you want all of your followers to see your tweet in their stream, you MUST start a tweet with a character and not an @username.

Yup, that's right -- that means all those tweets you sent starting with @ weren't visible to the audience you thought would see it.

Why is this alteration to your tweets so important to get right? Well, think of it this way: Not making this change could be the difference between a tweet that many Twitter users view, share, and react to, and a tweet that essentially no one sees.

The Right Way to Tweet for the Right Audience

Here's a look at exactly who sees what kinds of tweets:

Note: This excludes direct messages (DMs), which are the one-to-one private messages on Twitter. The above table references regular tweets only.

One common explanation for why Twitter sets up tweets this way is that it wants to allow two people to interact with each other, have a conversation, and engage freely without spamming their respective followers' feeds. It adds very little value to me if I can see every single tweet from @HubSpot saying "Thanks!" to others -- unless I also follow who @HubSpot is thanking.

Makes sense, right? If I volunteered to follow each person or brand individually, I'm telling Twitter I'm interested in what they both have to say. A conversation between the two could then be valuable or interesting to me. If I only followed one, though, that's far less likely. (After all, I'm not really likely to care what my friend is saying to a complete stranger.) Twitter gets this dynamic and has created this rule accordingly.