Industry 101: Casino and Gaming Terms to Play with Clients

I've worked for many casino companies. In each case, I've had an agency partner. Also in each case, I've received pitches from agencies wanting our business, if only a part of it. I've also had quite a number of "solution" providers trying to apply their tools of the trade to our business. Although I always recommend looking at other industries for solutions, the translation is not always the easiest, either due to regulatory implications or the simple differences in the business models. 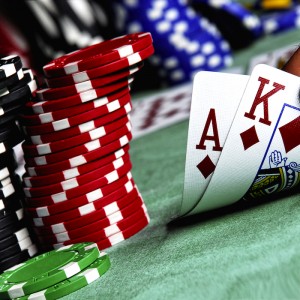 Years ago, when Harrah's purchased Caesars Entertainment, I chuckled as a Caesars employee told me about a glossary they were given at their orientation. Sounds funny, but it's true that Harrah's, like many other casino operators, had developed shortcuts to how they talked about something. In addition, our industry has quite a few unique attributes that require a definition to newbies. I witnessed this just last week as a new executive sat in a meeting asking for the definition of phrases we throw out as easily as a greeting. So, I present you with a little 101 glossary of terms you might come across as you develop a working relationship with a casino operator.

BVA - Also referred to as a bill validator or bill acceptor, it is the part of the slot machine that accepts and reads currency in exchange for credits being placed onto the game to be played.

CMS - While most of the people working in the Internet world think of this as “content management system,” using “CMS” like that could make a casino client a little nervous. For us, it’s our “casino management system.” It is the system that holds everything of value to us – customer play details.

Coin-In - The total amount of money played into the machine. This could be from the guest's wallet and/or from the credits he or she earned on the machine while playing it. As an example, if a guest plays $100 of his or her own money in a machine that rewards credits on a consistent basis, the "coin-in" could reasonably be upwards of $1,000 even though the investment was only $100. The coin-in measurement has become a popular way for players clubs to simplify the earnings of points.

Comp - A “comp” is a marketing tool designed to motivate longer play or develop player loyalty. Essentially, it is a perk given when a player generates sufficient theoretical (or in some cases, actual) revenue for the casino. The casino may extend an offer of free slot play, meals, tickets to a show, gifts and/or reimbursement for travel expenses as a reward and incentive to continue to play.

DAP - Nope. This doesn't refer to the handshake popularized by African-American soldiers of the Vietnam War. This refers to a "disassociated person." A Disassociated Person (DAP) is an individual who has self-reported as a problem gambler, and as such, has requested to be excluded from the gaming floor. It is important that this person not be marketed to, as the resulting fines are sizable.

Free Slot Play - By far my favorite misnomer, the term is generally meant to describe the incentive offerings we provide to guests based on their worth to us. There is quite a debate over whether this is actually "free" to the operators and the long-term impact of this type of reinvestment.

Hold - Refers to the amount the casino keeps as net gaming revenue. It is calculated by “Total in - amount paid out = hold.” Typically, this is referred to in percentages.

MAR - This may also be referred to as the cost of sales.

Points - Often refers to what guests earn through the players club as a result of rated play. Most casinos reward points that can be accumulated for club status, comps, cash back, promotions or free slot play. We refer to these as "points" because it's typically an easier way to explain what a guest has earned and what they can get in exchange.

Rated - When a guest inserts his or her players’ card into a slot machine, he or she is choosing to allow us to record play. This play is then rated according to the coin-in that is recorded and the hold percentage of the games they play. This rated play is then considered when deciding how to reinvest and stimulate additional or longer trips.

Retail - This is a term that can vary. Some operators use the phrase "unrated" to talk about this group. It is typically the volume of play that is generated without card usage.

Theo - In some ways, this can be considered the "price" a guest pays to play. Unlike retail outlets where the price is clearly disclosed, casino pricing is based on a theoretical win or what the casino can expect to win over a period of time. This can be a bit of a guest services challenge when explaining things because the guest sees the price he or she paid simply as what he or she won or lost on THIS trip.

Time on Device - This phrase refers to the amount of time a guest can play on any slot machine relative to their "investment." The time is a result of the hold and the pay table associated with the machine, providing credits to extend play time.

Some of these terms may be operator-specific, but if you introduce them, it might make you look that much more experienced!