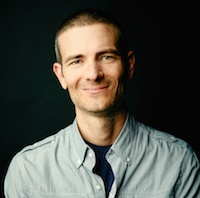 Actress Carrie Fisher (AKA Princess Leia) once wisely remarked: “Everything is negotiable. Whether or not the negotiation is easy is another thing.”

In agencies of all sizes, we purchase countless technology tools and partner with numerous vendors to better serve our clients. The problem is, few shops teach this all-important diplomacy skill before throwing you to the wolves.Negotiating with vendors is sometimes an art form, sometimes science. And indeed, it’s almost always a testing proposition if important stakes are at play. But negotiation doesn’t have to be difficult. With a little instruction and a lot of practice, it can become an invigorating exercise that drives serious cost savings and added benefits for agencies.

Study these 10 negotiating tips, and you’ll be well on your way to pinching pennies and maximizing value.

Be nice! A study in the Journal of Applied Sciences found that the first five minutes of a negotiation can predict the outcome. Always start friendly, and see if you can find some personal commonalities. You don’t want to be a softie for long, of course, but it’s much easier to turn up the heat later rather than try to scale back the tone. Remember this phrase: “Be soft on the relationship, firm on the substance”.

It’s critical to enter any negotiation armed with all your facts and figures. Dig up some background research, and don’t let the other party pull a fast one simply because you didn’t do your homework. You should even ask around your network to see if you can find some rates and deal points they gave to a similar agency. Use data to your advantage to show you know your stuff.

How are you going to convince a vendor to see your side if you don’t know what’s driving them? Maybe they just need to make a sale (any sale) to meet a quota. Maybe margin matters most to them, so you know they’ll be price sensitive. Until you know their currency (so to speak), you can’t even begin to bend them to your will.

For many vendors and technology companies, getting you to the point of the negotiation is a major expense. In the consumer world, it’s shocking to know that cable companies spend nearly $1,000 to acquire a new customer (no wonder they can give away an Xbox with every new deal). And if you’re already a customer, they know that keeping you is far cheaper than gaining a new account. So don’t be afraid to work this leverage in your favor.

5) Always Have an Alternative

Make sure you enter discussions regarding any deal with a second-best option in play. And make sure the other side knows about it. Feel free to give them details about their competition, especially if it’s cheaper or you think it’s better. They need to know you’re not just playing a threat card. They need to believe that you’ve got another decent option to consider. On a related note ...

6) Be Willing to Walk Away

They say that the source of your power stems from the ability to walk away. In other words, you’re stronger than the other side when you’re legitimately OK if the deal falls through. If you have a backup plan and you’re not under the gun, the pressure is on your vendor to close the deal. Don’t be afraid to step away from the negotiation a couple of times to show that you’re willing to walk away.

7) Take Your Time and Wear Them Down

Be prepared to win the endurance game. Start early. You never want to negotiate under a deadline. Stretch out the talks. Let some time pass between emails. Show them you aren’t sold, then let them start getting nervous. They’ll probably beg you to come back to the conversation, and that’s a good thing.

It’s a common phrase, but an underutilized tactic. Make the other side understand that multiple stakeholders in your organization are influencing the decision (it’s not just you!), and be willing to put some of the blame on a co-worker or boss. If you show that you’re feeling pressure from those sources, it creates a common bond between you and the sales person. And it allows you to bring up sticky subjects while not taking the blame.

If you’ve come to an impasse, get creative. Find another deal point to introduce and lobby for. In a classic example of this tip, Marc Cuban once realized that a company he was negotiating with on Shark Tank had excess advertising inventory in its mobile app. Instead of continuing to battle on equity, he asked for $100,000 worth of ad space he could use for his portfolio on top of the existing offer. No cost to the company, huge gain for him.

Sure, being a bulldog typically ends in getting what you want. But there’s a fine line when a negotiation can become contentious. If it’s a vendor with whom you’ll work closely, you want to maintain cordiality. The relationship does matter. On the other hand, if it’s simply a software tool where you’ll never speak to that rep again, do what you need to.

To close our list of negotiating tips, we go back to the 1961 inaugural address of John F. Kennedy for one of the most poignant quotes ever on the topic: “Let us never negotiate out of fear. But let us never fear to negotiate."

Go forth and conquer!

This post originally appeared on Industrial Marketer. It is republished here with permission from the author.