8 Clever Ways Brands Are Newsjacking the Election for Marketing 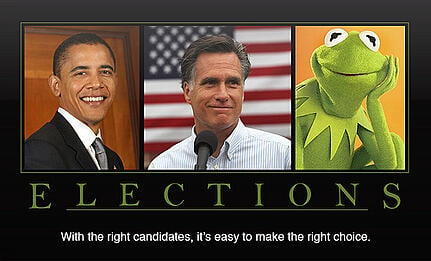 Wherever you turn, someone is talking about the upcoming presidential election. There are a ton of commercials on the air supporting the battle between the two main candidates, and every news outlet is reporting on the election -- particularly the presidential debates (will you be tuning in tonight?). Furthermore, social media campaigns for both candidates are prevalent. So it only makes sense that other companies would take advantage of the country's interest in the election by creating creative marketing campaigns to promote their own causes.

We've talked before about the power of newsjacking as a great way to leverage the popularity of story/trend/meme to get some news coverage of your own. Breaking news is reported all of the time, but as a marketer, you have a unique opportunity to take advantage of these trending topics and create relevant campaigns that serve your own marketing agenda. So to give you some newsjacking inspiration, here are 8 companies who are using the popularity of the election season as an opportunity to capture the attention of the media and promote their own businesses.

Pizza Hut is certainly riding the political wave, running an election-themed marketing campaign called "The Pizza Party." Pizza Hut is offering up a Big Dinner Box as its candidate, asking their customers to show support by signing up on their website.

To add another element to the campaign, Pizza Hut is also offering unlimited pizza for a year or a $15,600 check to anyone who asks the presidential candidates if they prefer pepperoni or sausage during the next debate, which happens to be in town meeting-style format. While questions are screened ahead of time, there has been a history of participants asking other questions when prompted by other companies. Tune in tonight to see what happens!

By newsjacking the election, Pizza Hut has a great opportunity to market to families who might want to sit together and watch the debate on TV ... maybe with a box of pizza. For parents who want to educate their children about the election, this campaign helps them do that in a fun (and yummy) way.

Participants simply have to visit the JetBlue Election Protection website, select their favorite candidate, and choose which destination they'd like to be shipped off to if their candidate doesn't win. After November 6, the winners will be chosen. Don't worry -- the destination choices are a little bit on the warmer side than, say, Canada (no offense, Canadians).

JetBlue's brand is known for its fun and creative social media campaigns to make customers happy. So it's no surprise that the airline jumped on a unique opportunity that would engage and excite customers. As the entire country is talking about the importance of voting, JetBlue is also sharing that message, but at the same time encouraging U.S. citizens to vote with them as well.

We found this election newsjacking example so noteworthy that we devoted a full article to it on our blog. Here's the gist: After Mitt Romney proclaimed that, as much as he loves Big Bird, he is going to cut funding to PBS if elected, PBS took the perfect opportunity to ride the social media wave that exploded after this announcement. People mostly tweeted their disappointment in Mitt Romney's statement, which led PBS to purchase a Promoted Tweet on Twitter that was displayed when users searched for "Big Bird." The advertised tweet led readers straight to the PBS website, that spoke about its value in an attempt to educate the audience about everything PBS does and stands for.

This opportunity may have fallen right into PBS' lap, but the company had to act strategically and efficiently in order to newsjack Romney's controversial announcement -- and they did. PBS recognized that because the buzz was happening on Twitter, they should use that channel as the way to drive visitors back to their website. Considering the proper channels and immediately taking action while the story is fresh is vital for newsjacking success, and PBS executed on this brilliantly!

To capitalize on election season, Boston Market decided to launch "limited-time only" menu items alongside an election-themed campaign to promote them. The campaign, called the "Market Bowl Poll," pits chicken (the left wing) against turkey (the right wing). As part of the campaign, Boston Market asks you to vote for the candidate you prefer, after which you're rewarded with a coupon to redeem for money off the new dishes. Boston Market also created a video to go along with the campaign:

Restaurants introduce new dishes and menu items regularly. But what people will remember about Boston Market isn't necessarily the fact that it introduced new menu fare, but rather that Boston Market participated in a popular event that its customers already care about. As a result, its promotional video has already accumulated over 25,000 views on YouTube. Boston Market is also finding other ways to leverage its campaign by engaging with Facebook fans and encouraging votes in the election in exchange for smaller prizes, including gift cards.

FedEx took a very clever approach to newsjacking the election, using it as a great opportunity to promote the fact that all of your promotional materials can be printed using their services. And with all of the negative advertisements that get played during political races, FedEx decided to newsjack that negativity by asserting, "Competition may not always be professional, clean, or elegant, but at least your promotional materials can be."

FedEx's newsjack is funny and relatable whether you're involved in election season promotion or not. While you may not need to print political marketing collateral yourself, people will always need to print something. So FedEx took a great opportunity to promote its products and services at a time when everyone is already thinking about the presidential race. And, of course, a little humor always goes a long way.

That's right -- even the toy industry is jumping aboard the election newsjacking bandwagon. Cabbage Patch has created dolls resembling Barack Obama, Joe Biden, Michelle Obama, Mitt Romney, and Paul Ryan. The dolls are scheduled to be auctioned off on eBay from October 30 through November 6, and the proceeds will go to Rock the Vote.

During the 2008 election, the Sarah Palin doll was successful in raising $19,000. The doll's launch was not only a great way for voters to get excited about the upcoming election but also donate to a good cause that related to the election. After the success of the Sarah Palin doll, the marketers at Cabbage Patch were smart to create align their political dolls with the charity as well.

To benefit from election season, 7-Eleven is hosting its own type of election called the 7-Election, through which customers choose coffee cups that are either blue for President Obama or red for Mitt Romney, with the votes tallied at the check-out counter. Every day, the results are calculated on the 7-Eleven website. 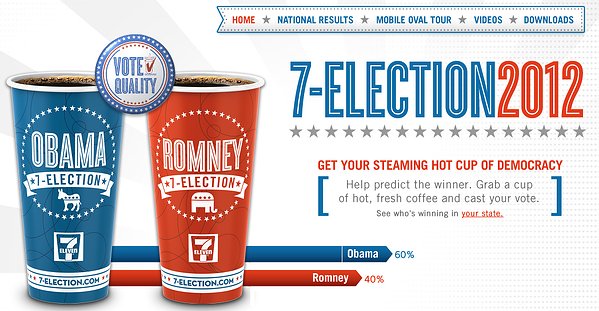 7-Eleven likes to engage its customer and give them a unique experience. This campaign accomplishes just that, getting their customers involved as well as providing another way for them to show off their political support. 7-Eleven also does a great job of taking an integrated, multi-channel marketing approach, leveraging online channels such as its website, Twitter, and Facebook to promote the campaign in addition to customers' real-life, in-store experience.

To capitalize on the election season at the start of the primaries in January, Heaven Hill Distilleries introduced two types of bourbons: Red State Bourbon and Blue State Bourbon. Along with launch of its left wing and right wing bourbons, the distillery also launched two separate Facebook pages in support of each position. And for every Facebook like they receive, Heaven Hill Distilleries is also donating $1 to the Veterans of Foreign Wars. 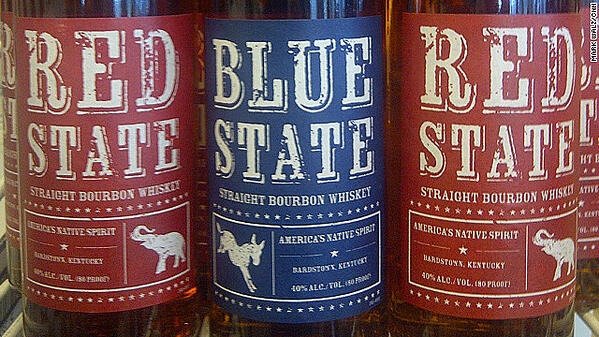 When it comes to newsjacking, timing is everything. Heaven Hill Distilleries launched this campaign as soon as the primaries started, which was a smart, strategic move on their part. This allowed the campaign to last throughout the entire election season up until November, and as a result it's gained good traction: The Red State Bourbon Facebook Page currently has 1,157 Likes, and the Blue State Burbon Facebook Page has 540 Likes. It's definitely proven to be a successful way to not only engage customers in-store, but to also engage them online.

What other companies are newsjacking the election season for their own marketing benefit?